Turkish Charity Still Not on Terror List Despite Numerous Calls 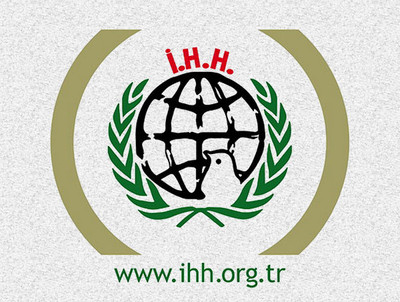 It has been implicated in the Millennium bomb plot targeting Los Angeles International Airport. It openly led a campaign to break Israel's blockade on Gaza – meant to block supplies and weapons from reaching Hamas terrorists. It has also been implicated in a Libyan gunrunning operation aimed at supplying Syrian rebels that allegedly involved an al-Qaida linked figure.

And now, six of its offices were raided Jan. 14 by Turkish authorities in connection with an investigation of al-Qaida.

The Turkey-based IHH Humanitarian Relief Foundation has been designated as a terrorist group by U.S. allies Israel, Germany and the Netherlands.

But three years after a super-majority of U.S. senators asked the Obama administration to designate IHH, nothing has happened. The letter, signed by 87 senators from both parties, came weeks after IHH organized a flotilla in conjunction with the group Viva Palestina, headed by British parliamentarian George Galloway, tried to break Israel's blockade of Gaza in support of Hamas.

The flotilla ended in violence when the ship ignored orders to turn away from the blockaded area. Ship passengers then attacked Israeli commandos with gunfire, knives and clubs. The Israelis noted that they were prepared for a fight. Nine IHH activists were killed.

The flotilla stemmed from the "Istanbul declaration" issued in February 2009 under the title of "Gaza victory" that the "Islamic nation" should aid Hamas in its jihad against Israel with "money, clothing, food, medicine, weapons and other essentials so that they are able to live and perform the jihad in the way of Allah Almighty." This jihad should continue until "the liberation of all Palestine" is achieved.

The declaration also said that Muslims should fight the blockade of Gaza in every way possible.

In the latest investigation, Turkish authorities accuse IHH of recruiting terrorists to fight alongside the al-Qaida brigades in Syria; evacuating the wounded terrorists in ambulances while simultaneously transporting new ones to the battlefield; and smuggling arms under the guise of providing aid.

The Turkish army stopped a truck purportedly owned by the charity on Jan. 1 under suspicion it was carrying weapons into Syria.

Germany, the Netherlands and Israel already list IHH as a terrorist organization. But the United States has taken no action.

The 2010 Senate letter to President Obama expressed deep concern "about the IHH's role in this incident and have additional questions about Turkey and any connections to Hamas. The IHH is a member of a group of Muslim charities, the Union of Good, which was designated by the U.S. Treasury Department as a terrorist organization. The Union of Good was created by, and strongly supports Hamas, which has been designated as a foreign terrorist organization by the US State Department. We recommend that your administration consider whether the IHH should be put on the list of foreign terrorist organizations, after an examination by the intelligence community, the State Department, and the Treasury Department."

A year later, five senators who signed the original letter sent the president a follow-up urging "your formal designation of IHH without delay." They pointed to a February 2009 Hamas rally in which they said IHH's leadership aimed to "overthrow governments and replace them with Islamist dictatorships." They also noted that Hamas's political leader Khaled Meshaal praised IHH head Bülent Yildirim for his support during a January 2009 meeting the two had in Damascus.

No reply was ever received, said Donelle Harder, press secretary to Sen. James Inhofe, who was among the senators who signed the letter.

Other efforts met with similar silence.

Rep. Gus Bilirakis, R-Fla., introduced legislation in 2011 that would have asked then-Secretary of State Hillary Clinton to report whether groups supporting the flotilla should be designated as terrorist organizations, classified the IHH as a terrorist organization, but it went nowhere. Israeli Foreign Minister Avigdor Lieberman asked former U.S. Secretary of Homeland Security Janet Napolitano "to examine the possibility" of classifying IHH as a terrorist group in January 2011.

The State Department declined to comment for this story about the lack of an IHH terror designation.

But in 2010, spokesman P.J. Crowley said the administration knew "that IHH representatives have met with senior Hamas officials in Turkey, Syria and Gaza over the past three years. That is obviously of great concern to us." A year earlier, U.S. Treasury officials raised similar concerns about IHH to Turkish officials, a leaked State Department cable shows.

Turkish Prime Minister Recep Tayyip Erdogan enjoys close relations with IHH. He actively supported IHH's flotilla campaign, an Israeli think-tank reported, "and without their help he could not have been elected."

President Obama, in turn, has identified Erdogan among the five global leaders with whom he enjoys the warmest relations. The two reportedly engaged in frequent telephone calls.

The influential Center for American Progress (CAP) came out strongly against the idea of adding IHH to the State Department terror list. CAP criticized the senators who promoted the idea, saying that it would not be in the U.S.'s "long-term interest" to do so. Doing so would blur the distinction between groups that have members supportive of Hamas or other terrorist organizations and organizations that actively fund terror groups.

"Including IHH on the FTO list without stronger evidence that it is directly involved as an organization in providing financial and other types of support to violent terrorist groups such as Hamas and al-Qaeda only serves to lower the political and moral standards for such designations," the CAP report said.

The left-leaning magazine, The Nation, describes CAP as "the most influential of all think tanks during the Obama era."

But the evidence against IHH does tie it to violent terrorists, and Hamas officials worked closely with IHH on the flotilla.

An IHH chartered ship, the al-Entisar, was involved in the shipment of arms to the Free Syrian Army (FSA) in June 2012. Libyan journalist Areesh Saeed, who was on the al-Entisar when it smuggled the weapons from Libya to Syria, told the Investigative Project on Terrorism (IPT) in an exclusive interview that Belhaj may have been involved with the collection of the weapons that went to Syria.

"It was clear from that second what was happening. The Muslim Brotherhood, through its ties in Turkey, was seizing control of this ship and the cargo," Samar Srewel, an FSA activist who had helped to ship the arms, told the Times of London in September 2012. "This is what they do. They buy influence with their money and guns."

Two IHH aid workers were arrested in 2011 by Somali authorities after they met with al-Shabaab – al-Qaida's Somali affiliate.

"The IHH is an NGO, but it was kind of a type of cover-up in order to obtain forged documents to obtain different forms of infiltration for Mujahadeen in combat … And finally, one of the responsibilities that they had was also to be implicated in weapons trafficking," French counter-terrorism magistrate Judge Jean-Louis Bruguiere testified in the case of would-be Millennium bomber Ahmed Ressam.

The Danish Institute for International Studies issued a report in 2006 stating that Turkish authorities investigated IHH in December 1997. Turkish authorities found that the charity's leaders had been purchased automatic weapons from Islamic extremist groups, according to the report. A raid of IHH's offices in Istanbul turned up weapons, explosives, instructions for manufacturing IEDs and a "jihad flag."

The IHH members detained by Turkish authorities at the time were found to be planning to go to fight in Bosnia, Chechnya or Afghanistan.

The Danish report cited Brugiere also having said that Yildirim had attempted to recruit soldiers for a coming jihad. IHH phone records from 1996 found that repeated phone calls had been placed to an al-Qaida safe house in Milan as well as to various Algerian terrorists.

The Washington Post placed blame for the flotilla violence squarely on Erdogan's shoulders in a June 2010 editorial. It condemned Erdogan, saying he had "shown a sympathy toward Islamic militants and a penchant for grotesque demagoguery toward Israel."

A penchant for demagoguery toward a key U.S. ally. A close political alliance with a group that put its belief in jihad and Hamas in writing. If the Obama administration is not willing to risk Erdogan's anger and designate IHH, it at least should explain why. A letter responding to a stunningly deep bipartisan group of senators would be a good start.

To be fair, the above referenced CAP report stated that EO 13224 sanctions should be considered since it is agreed that IHH supports terrorism. This would be the same designation as that of the "Union of Good" also referenced above. Since the author has described that designation asa terrorist organization by the U.S. Treasury Department, then by the same standards, CAP is also suggesting that IHH be designated as a terorist organization.

Personally, I feel the EO 13224 sanction makes sense as it is written specifically for entities providing support to terrorism.