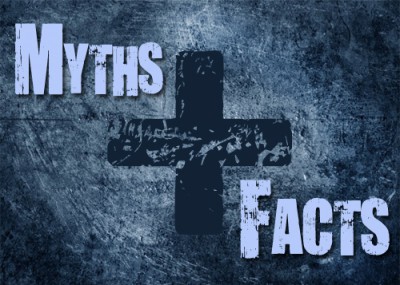 I recently wrote an article based on Arabic reports that Muslim Brotherhood supporters had crucified Morsi's opponents. Because it was picked up by several websites and disseminated far and wide, as usual, Islam's apologists and others claimed "hoax."

Readers sent me a couple of these articles which, upon further investigation, seem to be based on a National Post article titled "Egypt's 'crucifixion' hoax becomes an instant Internet myth" by Jonathan Kay. He characterizes the crucifixion account as "a story worth dissecting — not because it's true (it isn't), but because it is a textbook example of how the Internet, once thought to be the perfect medium of truth-seeking, has been co-opted by culture warriors as a weapon to fire up the naïve masses with lies and urban legends."

Alternatively, dissecting Kay's claims is useful as it is a textbook example of how the Western mindset tries to rationalize away whatever does not fit its intellectual boundaries.

First, after mentioning the several websites that carried or quoted my article, Kay wondered how none of the "sources supply the original Sky reporting that purportedly outlines the facts." Then, he offers the following sentence as its own paragraph, apparently as something of an eye-opening revelation:

"That's because there is no Sky report on the subject."

Actually, this big "aha" moment was made earlier and by someone else—me, in my original article. After posting the names of several Arabic websites that carried the same verbatim quote from Sky News, I pointed out that Sky removed its original report. I did not have to make this point, or mention Sky News at all, since other reports—including El Balad, a much higher trafficked Arabic website which I also quoted—independently mentions the crucifixions in original language and further adds that two people died. And that report, as of now, is still up.

began on social media. It started getting pick-up from there and eventually reached us [Sky News]. Our reporters came across reports of the alleged crucifixions and a story very briefly appeared on the Sky News Arabia website. The story — which was taken down within minutes — was based on third-party reports and I am not aware that any of our reporters said or confirmed anything along the lines of what is quoted in the article… none of our correspondents confirmed this issue or commented on it.

First, Sky News admits to having published a story about crucifixions. Likewise, though it admits to taking it down, it never states that the crucifixion accounts are a "hoax" or even false. It simply offers no comment. This is not proof that the story is a hoax.

As for the claim that the report was "taken down within minutes," in fact, someone forwarded me the Sky News link almost two days before I actually clicked it, and the article was still up and written exactly like a report. Investigative reporter Patrick Poole sent me a clear snapshot of the webpage before it was removed, which is before me.

The title, "Protesters Crucified in Front of Presidential Palace in Egypt," is followed by the following standard reporting information: "Thursday, August 9, 3:19 am Abu Dhabi time; 11:19 pm Greenwich; Samir Umar [reporter], Cairo, Sky News Arabic," followed by the portion I originally translated: "A Sky News Arabic correspondent in Cairo confirmed that protestors belonging to the Muslim Brotherhood crucified those opposing Egyptian President Muhammad Morsi naked on trees in front of the presidential palace while abusing others."

Moreover, the photo of the page shows 286 face book likes: one doubts that a report on a modestly trafficked website would reach that number if it was only up for mere minutes.

As I originally pointed out, Sky News may have "censored itself for fear that it would be next in the terror campaign against the media." If this is the case—if Sky News had removed its report on Brotherhood crucifixions in light of the fact that the Brotherhood was in the process of abusing and threatening the media—would it then get itself in deeper trouble by, of all things, telling a Western reporter, "Yes, the Brotherhood crucified people and we took the story down in fear of the Brotherhood"? Not likely.

Kay also writes: "If that [crucifixion] happened, wouldn't someone, you know, take a picture?... Maybe just a few shots with a cell phone camera from one of the tens of thousands of people who no doubt would have witnessed this Biblical horror in one of the most densely trafficked patches of real estate in the entire Arab world?"

One wonders if Kay has ever been around a wild pro-Sharia mob in Egypt savaging its opponents. It's not pretty; the usual instinct is to run for one's life, not take photos and thus further enrage the mob by collecting evidence against them. Likewise, if photos were the ultimate criteria to validate reports, then over 90% of all news stories become suspect for not carrying pictures.

Even so, yet another reputable Arabic website, Dostor Watany, did post a graphic picture, which appeared in my original article. It depicts a man rescued by security forces, with one side of his body literally carved off. But apparently doubting Kay needs to see the actual holes in the victim's hands before he believes that the same Muslim Brotherhood supporters who mutilated this man could ever crucify someone.

Moreover, the reports do not mention any numbers. Yet even if there were, as Kay asserts, "tens of thousands" of people present, that would still say very little.

Recall Egypt's Maspero Massacre: while the disconnected Western mainstream media was portraying it as violent Christians attacking Egyptian police, in fact, it was the Egyptian military slaughtering Christians, killing dozens and wounding hundreds, simply because they came out in large numbers to protest the constant destruction of their churches. And although there were several thousands of people present that night, only a very few amateur videos appeared showing armored-vehicles running over Christians—and these, too, I now see have been taken down from YouTube.

Kay's "evidence" culminates by quoting, of all things, a comment under one of the websites carrying my story, from someone who claims to be a Copt, lives near the area, and heard of no such occurrences.

Such is the sort of "proof" being relied on to "debunk" this story—as if this commenter could not be, say, a Muslim Brotherhood sympathizer living up to the dictum of Islam's prophet, that "war is deceit."

All this leads to the most important point. Whereas Kay appears intent on proving that the crucifixions never happened, a close read of my article shows that I never said they did happen. As always, I merely reported and translated what was on the Arabic media; noted that Sky News took its story down; and then offered my own interpretation—including the fact that Muslims have been known to crucify their opponents in the modern era, crucifixions are prescribed by the Koran and Sharia, and an Egyptian parliamentarian recently called for crucifixions to be legalized.

In light of all the above, I reiterate my original conclusion: "there is little reason to doubt this crucifixion story."

Indeed, soon after this crucifixion story appeared in the Egyptian media, a disturbing video surfaced from Yemen, of a mutilated man, crucified.

How long before the usual naysayers try to portray even this video as a "hoax"?

Thanks for the article; I have been passing that info around for awhile and while we have enough of muslims inhuman human rights treatment, we don't need disinfo, so it is good to know. I did remember a few years back, Hamas wanted to bring back crucifixation as another form of capitol punishment, so I followed up. Since the Hamas is the creation of the MB, it shouldn't come as a surpise. (I don't understand Arabic but it is on the LiveLeek)

While the world focused on Hamas militants launching rockets from Gaza at southern Israel, the terrorist organization also voted quietly to implement Islamic law in the Gaza Strip, including crucifixion of Christians, according to reports in the Arabic press.

The traditional Muslim criminal code, known as Sharia law, includes penalties such as amputation of limbs for stealing and the death penalty, including crucifixion, for actions Hamas deems detrimental to "Palestinian interests," including collaborating with Israel.

Hamas members of the Palestinian Legislative Council in Gaza have approved a new bill "to implement Koranic punishments," including hand amputation, crucifixion, corporal punishment and execution. Drinking, owning or producing wine is punished by 40 lashes, while drinking in public adds three months' imprisonment. Several laws are directed against Hamas's Palestinian rivals, including a law intended to inhibit non-Hamas negotiators by sentencing to death anyone who was "appointed to negotiate with a foreign government on a Palestinian issue and negotiated against Palestinians' interest."

The following is the description as it appears today on the Al Arabiya website:

Raymond - you will be interested in my overview of this issue in Clarification about Crucifixions at http://wp.me/p1Y1yB-1TZ. Thank you for your work.