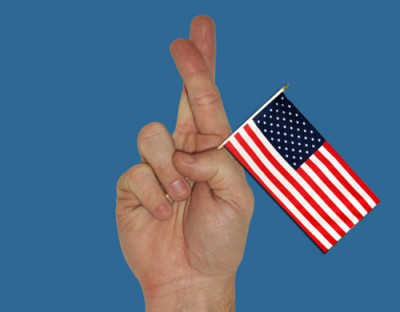 A recurring media theme in recent days is that Rachid al-Ghannouchi and his Ennahda Party, which won last week's Tunisian elections, are "moderate" Islamists despite considerable evidence to the contrary.

A few notable voices in the conservative blogosphere like Martin Kramer, Melanie Phillips and Raymond Ibrahim pointed out problems with this argument, including Ghannouchi's endorsement of jihad in Gaza, stating that "Gaza, like Hanoi in the '60s and Cuba and Algeria, is the model of freedom today." Ghannouchi has expressed support for suicide bombings and welcomes the destruction of Israel, which he predicts could "disappear" by 2027.

That message apparently hasn't reached some U.S. media and political elites. Before and after Tunisia's election, news outlets provided a steady stream of stories portraying the group as moderate and committed to democracy.

Sen. Joseph Lieberman (I-CT) wrote a Wall Street Journal op-ed (which he republished on his Senate website) declaring that "Ennahda has been giving encouraging answers about its rejection of extremism and its respect for the democratic process, individual liberties, women's rights and the rule of law."

The headline of a front-page New York Times story referred to Ennahda as "moderate." The Times quoted Ghannouchi (the founder of the party) saying that Ennahda "is not a religious party" but one whose members "merely draw their values from Islam." The Times added that the group's win at the polls in Tunisia "was sure to embolden those who favor a more liberal approach, including some within Egypt's mainstream Muslim Brotherhood."

Another Times story began: "For more than three decades, Rachid al-Ghannouchi has preached that pluralism, democracy and secular Islam are harmonious."

These and other media accounts gloss over or neglect to mention Ghannouchi's many radical statements – particularly his calls for Israel's destruction.

The Arab Spring "will achieve positive results on the path to the Palestinian cause and threaten the extinction of Israel," he said in a May interview with the Al Arab Qatari website. "The liberation of Palestine from Israeli occupation represents the biggest challenge facing the Umma [Muslim people] and the Umma cannot have existence in light of the Israeli occupation."

In the same interview, Ghannouchi said: "I give you the good news that the Arab region will get rid of the bacillus of Israel. Sheikh Ahmed Yassin, the leader of Hamas, said that Israel will disappear by the year 2027. I say that this date may be too far away, and Israel may disappear before this."

This is consistent with Ennahda's platform, which declares that the group "struggles to achieve the following goals … To struggle for the liberation of Palestine and consider it as a central mission and a duty required by the need to challenge the Zionist colonial attack which planted in the heart of the homeland an alien entity which constitutes a (sic) obstacle to unity and reflects the image of the conflict between our civilization and its enemies."

In September, the organization stated that it "supports the struggle of peoples seeking liberation and justice and encourages world peace and aims to promote cooperation and collaboration and unity especially among Arab and Islamic countries and considers the Palestinian struggle for liberation to be a central cause and stands against normalization."

In June 2001, Ghannouchi appeared in an al-Jazeerah panel discussion in which he blessed the mothers of Palestinian suicide bombers:

"I would like to send my blessings to the mothers of those youth, those men who succeeded in creating a new balance of power…I bless the mothers who planted in the blessed land of Palestine the amazing seeds of these youths, who taught the international system and the Israel (sic) arrogance, supported by the US, an important lesson. The Palestinian woman, mother of the Shahids (martyrs), is a martyr herself, and she has created a new model of woman."

These inconvenient quotes have thus far been notably absent from media coverage of Ghannouchi and the Tunisian elections.

The Washington Post editorialized that Ennahda has forsworn violence and accepted "the rules of democracy and human rights." If "its success is accepted by secular Tunisians and Western democracies, its moderate model should get a boost in Egypt and Libya," the paper added.

The Post also ran an op-ed by John Esposito, a prominent apologist for radical Islam, who described Ennahda as advocating a national unity government based on "the desire to address common political, economic and social concerns." It "speaks of a government "that is inclusive of all parties, secular or Islamist, accepting equality of citizenship, civil society and women's rights," Esposito wrote.

The European media provided a similar picture. The British Daily Mail newspaper reported that Ennahda "believes that democracy is the best system to maintain people's rights."It quoted the party as "support[ing] Tunisia's liberal laws promoting women's equality – making it much more progressive than other Islamic movements in the Middle East."

The German newspaper Die Welt wrote that Ennahda's ascencion shouldn't trouble Westerners very much: "Success in founding a new state, even with a Sharia-oriented party in the lead, as long as it accepts the principles of plurality and human rights, will be an enormous step forward."

According to the German financial daily Handelsblatt: "We should get used to the fact that democracy in many Arab countries will create strong Islamist parties. There are worse things. For too long, fear of Islamists has led the U.S. and Europe to support terrible despots like Tunisia's…Ben Ali and Egypt's Hosni Mubarak."

People who toppled dictators through peaceful uprising deserve credit and a chance to show they can govern responsibly. But the United States and its allies should not see the changes through rose-colored glasses. Hardcore Islamists like Ghannouchi pose a host of new challenges and potential problems. It would help if the news media paid attention to those rather than invoking judgments about moderation in hopes they turn out to be true.