The FBI, CAIR and Subterfuge in Connecticut 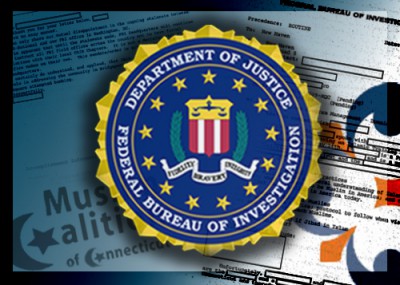 The FBI's New Haven, Conn. field office organized a community outreach program last October that featured two speakers from the Council on American-Islamic Relations (CAIR), in apparent violation of FBI policy not to partner with the Islamist group.

Records obtained through the Freedom of Information Act (FOIA) show that field office officials repeatedly referred to the policy in the months leading up to the event, called "Bridging the Gap between Law Enforcement and the Connecticut Muslim Community." To avoid openly violating the ban, the records show, officials drew semantic distinctions and seem to have tried to conceal the field office's role in organizing and developing the event.

These internal documents show officials in the New Haven FBI field office clearly developed, facilitated, co-sponsored and co-hosted the October 2010 conference with the Muslim Coalition of Connecticut, and did so with full knowledge and tacit approval of participation by CAIR-CT. To avoid violating FBI policy, the agents and field office managers involved ensured the FBI was not formally named as a sponsor, and sought to "dis-associate" it from an event that likely would not have happened without their efforts.

In addition an FBI agent in the field office criticized the policy toward CAIR in an email exchange with a local Muslim leader. Most of the names of people involved were redacted in the FOIA documents.

The training program was coordinated with the Muslim Coalition of Connecticut (MCCT) and included sessions on "Islamophobia," misconceptions about Islam and immigration issues. CAIR is listed on the MCCT website as a linked organization. And MCCT President Rabia Chaudry also was a CAIR spokesperson.

In 2008, directives issued throughout the FBI terminated official contacts and engagement with CAIR over concerns about its involvement in a Hamas support network. Evidence obtained during a Hamas-financing investigation against the Holy Land Foundation for Relief and Development placed CAIR founders in a secret committee to provide the terrorist group with political and financial help in America.

Among the exhibits is a 1994 "Palestine Committee" meeting agenda listing CAIR among the group's member organizations. "[U]ntil we can resolve whether there continues to be a connection between CAIR or its executives and HAMAS," a senior official wrote in 2009, "the FBI does not view CAIR as an appropriate liaison partner."

FBI Director Robert Mueller reaffirmed the ban on working with CAIR during congressional testimony in April.

A New Haven agent criticized the policy in a May 2010 email to a Muslim community representative. "I can only share our mutual disappointment in the ongoing stalemate between CAIR-National and our FBI office in Washington, DC," wrote the agent, whose name was redacted. "It is apparent that until the stalemate ends, FBI Headquarters will continue to instruct all FBI field offices across the country not to have formal relations with their local CAIR Chapters. It is not a decision each field office makes on their own. This mandate/order is given to us by FBI Headquarters."

In an email response to questions from the Investigative Project on Terrorism, New Haven field office spokesman Bill Reiner provided a statement authorized by Kim Mertz, the Special Agent in Charge. It did not address the agent's criticism of the policy toward CAIR, but insisted the office did not violate that policy:

"This training was held in October 2010 at the POST Academy, the state's law enforcement training center," the statement said. "As evidenced by the event flyer, the October 2010 training was sponsored by the MCCT. The October 2010 training was not sponsored by the FBI. The FBI did not choose either the speakers or the topics presented. With the restrictions placed on any formal CAIR participation in FBI liaison events, and the involvement of two CAIR speakers in the program, the FBI could not have co-sponsored the event or hosted it at the FBI New Haven Field Office. The FBI simply facilitated contact with other law enforcement agencies and assisted the MCCT in locating a venue for the event. The FBI worked with the MCCT, and there was no formal liaison with CAIR."

Field office records from 2010 indicate otherwise. An internal memo written after the event made clear that the field office played a key role in making the event happen. "SA [name redacted] developed, organized, and attended a seminar on 'Islamophobia,'" it said. MCCT members approached the FBI "to discuss training for the FBI and other LEOs on the Muslim culture and Islam" and the final program grew from "ongoing discussions" between the parties.

The FBI originally balked at a preliminary speakers' list which included CAIR representatives, saying in an April 1 memo that they "may not participate."

MCCT officials were notified about this decision and told the agent "they would discuss whether or not to go through with the training." In response, a representative wrote of being "deeply disappointed by the apparent regressive and' adversarial stance that your office has taken in its dealing with CAIR and its local chapters, including CAIR-CT."

That prompted the agent's critical reply about the policy.

It is not clear from the records what changed, but the final program included the CAIR speakers. The FBI then sought to minimize its role in developing the program.

One month before the training program took place, Assistant Special Agent in Charge Rhonda M. Glover distributed a draft flyer promoting the seminar, noting that two speakers "are directly connected with CAIR-CT." Therefore, "we need to show that they are not participating in an FBI sponsored or organized event. I need to know that you guys are good with this and ask that you review it with Kim [Mertz] as well before...and I send it out on Monday." [Emphasis original]

CAIR-CT attendance was discussed in a separate email thread the same day.

"The HQ guidance is that 'the FBI does not consider CAIR an appropriate partner for formal liaison activities and events.' Two of the speakers have ties to CAIR, one being the [redacted] I'd like to confirm that we are neither sponsoring the event nor partnering with CAIR for the event," wrote the author, whose name was redacted. "Who is the sponsoring/organizing entity? Maybe the flier should include a mention of them."

Another memo from Glover dated Oct. 6 offered her recommendation on "how we have dis-associated ourselves from this."

"The New Haven Division considers this event broad based and strategic as this seminar was provided with the goals of strengthening relations with the Muslim community and developing future partnerships between the community and FBI," the memo said.

New Haven officials repeatedly expressed awareness of the FBI policy. As early as April 2010, internal emails indicated CAIR representatives would not be allowed to participate in the "Bridging the Gap" program.

"I know that our Special Agent in Charge, Kim Mertz, is firm on following the FBI Headquarters directive not to have 'formal' relations with CAIR due to CAIR-National's designation as an unindicted co-conspirator in the Dallas case involving The Hope Land Foundation (sic)," wrote the field office's liaison in a May 6, 2010 email with a Muslim community representative. "We have asked FBI headquarters to clarify 'formal' and their instruction includes not having CAIR personnel on FBI property. That's the directive Ms. Mertz and our office has to live with and abide by."

That means CAIR representatives cannot be on an FBI advisory council and cannot be instructors at "the proposed Islamic culture training session for our employees," the email said.

But a program flyer and an after-action report show two CAIR representatives were part of the program.

Two emails, one received and one sent by Mertz on Sept. 8 and 9, 2010, included a draft flyer for the upcoming conference. It listed proposed topics, a tentative schedule and speakers whose names are redacted, associating them to their organizations, including those from CAIR-CT. Mertz's response simply stated, "Thanks...this is excellent!"

See all the FOIA records here.

The Picture of Dorian Grey

The FBI is supposed to be protecting Americans from Islamic jihad. The violent kind of easy enough to combat, at least if the FBI isn't ordered to NOT identify the ideology, which apparently it has been so ordered. But, the stealth kind, as described in this article? How do we combat it? Was there such a thing as "Naziphobia" in 1941? And if there were, would we have won the war? Very, very doubtful.

Get those women FBI agents re-assigned somewhere offering no opportunities to be meddlesome, and never anywhere as spokeswomen.

That FBI office appears to have been duped into something, or "used".....only a few surface details available.......by the CAIR operatives.