Schalit Swap Will Put More Terrorists on the Streets 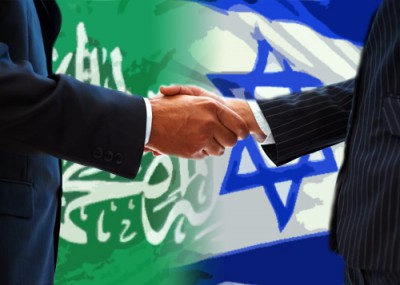 Nasser Abu Hameid had been given five life sentences for murdering Palestinian "collaborators" with Israel. He was released in September 1999 as part of the Sharm el-Sheikh agreement signed by Prime Minister Ehud Barak and Palestinian Authority Chairman Yasser Arafat.

Hameid was part of a lynch mob a year later that mutilated the corpses of two IDF reservists after they were dragged out of jail and murdered in Ramallah on Oct. 12, 2000. During the next 17 months, he also murdered a pair of Israelis near the settlement called Givat Zeev, helped plot a terrorist attack that killed a policewoman, and was responsible for a shooting and hand-grenade attack on a Tel Aviv seafood restaurant, which killed three people. In late 2002, he was sentenced to seven life terms for murdering Israelis.

As Israelis across the political spectrum welcome the news that Cpl. Gilad Schalit, kidnapped by Hamas in a June 2006 cross-border raid, will soon be reunited with his family, they also confront a grim reality. More than 1,000 Palestinian prisoners, many of them affiliated with Hamas and other jihadist organizations, will go free as a result.

A partial list of some of the 450 Palestinian prisoners set to be released in the first stage of the exchange was published on the Hamas-affiliated al-Aqsa TV website on Thursday. Among those listed are several top Hamas leaders, including Yehya al-Sinwar, and Nael al-Barghouthi, a member of a Fatah squad who killed an Israeli soldier in 1978. He is the longest serving Palestinian prisoner.

Also on the list is Abdel Hadi Ghanem, a Palestinian Islamic Jihad terrorist responsible for killing 16 Israelis by crashing an Israeli bus into a ravine in July 1989.

The identities of the remaining prisoners have yet to be revealed, but if history is any indication, many will return to terrorism and try to kill more Israelis.

"I think that we will be able to deal with the threat and potential dangers," said Yoram Cohen, head of Israel's Shin Bet security service. "We cannot promise that they will not produce terror," he added.

In the Schalit deal, 280 people serving life sentences will go free. Among the more than 1,000 total inmates, 110 can go to the West Bank and East Jerusalem (Fifty-five of the 110 are known Hamas operatives). Others will be sent to Hamas-controlled Gaza, while about 40 will be deported abroad.

Israeli security services have informally estimated that about half of all terrorists set free "returned to the path of terror, either as perpetrator, planner, or accomplice," veteran Ha'aretz correspondent Nadav Shragai in this 2008 study for the Jerusalem Center for Public Affairs (JCPA). "In the terror acts committed by these freed terrorists, hundreds of Israelis were murdered, and thousands were wounded."

Since 1985, Israel has freed more than 10,000 Palestinians serving prison sentences for terrorist actions or hostile activity. Some were freed as part of deals with terrorist groups in which a small number of Israelis (some living, others killed in combat) were exchanged for hundreds or more terrorists. In other cases, terrorists were freed because their sentences concluded or were reduced, or as part of Israeli diplomatic goodwill gestures to the Palestinians pursuant to the Oslo peace process.

According to statistics provided by an official in the IDF Central Command, 6,912 terrorists were freed after various diplomatic agreements between 1993 to 1999, with 854 of them (12.4 percent) returning to terrorist activity.

In January 2004, Israel freed 400 Palestinian prisoners and 23 Lebanese in return for an Israeli businessman abducted by Hizballah and the bodies of three soldiers kidnapped in an October 2000 cross-border raid by that terror group. By April 2007, people freed in that deal had murdered 35 Israelis, according to data provided by Tzachi Hanegbi, chairman of the Knesset Foreign Affairs and Defense Committee.

A study by the Almagor Terror Victims Association, an Israeli organization that opposes terrorist prisoner swaps and fought to block the deal, found that at least 30 terrorist attacks committed since 2000 were perpetrated by people freed in negotiations with terror groups.

"Many were freed in the framework of deals, understandings, or goodwill gestures because they were defined by Israel as 'without blood on their hands,'" Shragai wrote in his JCPA study. "The bloody swath cut by these terrorists claimed the life [sic] of 177 persons, with many others wounded and made invalids. These statistics have been informally confirmed by security officials."

The actions by these recidivist terrorists have taken a devastating human toll on the Israeli people. Seven people were killed and 60 injured in a September 2003 suicide bombing at a Jerusalem café. The killer was Ramez Sali Abu Salim, a West Bank Hamas operative released from an Israeli prison in February 2003.

Abdullah Kawasme was in and out of Israeli prisons during the early 1990s for his involvement with Hamas. Following his release in 1994, Kawasme became a senior Hamas operative in Hebron. He was involved in a series of suicide bombings and other attacks that killed more than 30 people and wounded more than 100 in 2002 and 2003. Kawasme was killed by the IDF in 2003.

Karim Awis, serving a life sentence for killing an Arab "collaborator," was freed in an Israeli goodwill gesture to the Palestinians. On Nov. 27, 2001, he sent two terrorists to the Afula bus station, where they opened fire, killing two people and wounding 84 more.

Iyad Sawalha, head of the military wing of Palestinian Islamic Jihad in one region of the West Bank, was serving time for killing "collaborators." He was freed in 1998 in the wake of the Oslo accords. On June 5, 2002, he helped orchestrate the suicide bombing of a bus at Megiddo junction, killing 17 people and wounding 42. These attacks are but a small fraction of those carried out by released terrorists.

Despite the clear and catastrophic threat posed by prisoner releases, Israelis are torn over the Schalit deal.

"I want to see him coming down the stairs of the house and then the circle will be closed. It's been a long road and it's time for Gilad to come home," said Schalit's father Noam.

"We know from our experience that hundreds of people will pay with future terrorist attacks, and that they'll organize more and more kidnappings," he told the Jerusalem Post.

But many Israelis, including terror victims, support the prisoner swap – with caveats. Kay Wilson survived a December terrorist attack in which she was wounded but a friend of hers, Christine Luken, was stabbed to death. Wilson said she cried with happiness when she found out that Schalit would go free. But she would have "very mixed feelings" if the men who perpetrated the Luken attack were among those released.

Lea Schijveschuurder, whose parents and three siblings were murdered in the August 2001 bombing of a Sbarro pizzeria in Jerusalem, countered that the Schalit prisoner exchange will come at a heavy price for Israelis. "Do they want them to kill more people?" she tearfully asked a Jerusalem Post reporter after learning that the Schalit prisoner swap would free numerous terrorists. "For me, enough people have died."