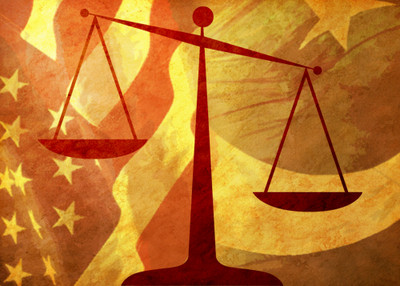 Jury selection is under way for a terrorism trial in Chicago that could expose involvement by the Inter-Services Intelligence Directorate (ISI), Pakistan's premier spy agency, in international terror attacks carried out by Islamic extremists.

The potential disclosures come as relations between Islamabad and Washington are at a new low following the allegations of Pakistani complicity in Osama bin Laden's hiding. The al-Qaida leader was killed earlier this month after American Special Forces stormed his walled-off compound in the Pakistani military city of Abbottabad. Bin Laden may have been living there for more than five years, and American officials openly question how that could have happened without Pakistan's knowledge.

Tahawuur Hussain Rana, a Pakistan-Canadian businessman living in Chicago, is charged with aiding the deadly Mumbai terrorist strike in November 2008. The Mumbai office of Rana's immigration company provided cover to an American operative to scout targets for the attacks under instructions from the Pakistan-based terrorist outfit Lashkar-e-Tayyiba (LeT).

Six Americans were among the 166 people killed in the attacks.

Pakistan-born American David Headley, who surveilled targets for the Mumbai attacks, is slated to be a key prosecution witness in the trial.

The trial is expected to bring out new details linking the ISI to the Mumbai attacks, as well as a planned attack on the offices of a prominent Danish newspaper.

Pakistani authorities have denied reports of ISI involvement in the Mumbai attacks. Likewise, Pakistani Prime Minister Yousaf Raza Gilani struck a defiant note last week when he denied allegations of ISI complicity in the hiding of bin Laden as "absurd" and described the spy agency as a "national asset."

"The U.S.-Pakistan relationship is probably at its lowest ebb that I have seen it in the last 18 years of following this relationship, so clearly tensions are high and the stakes are very high for both sides," said Lisa Curtis, a South Asia expert at the Heritage Foundation, in an interview with the Investigative Project on Terrorism.

"We need to get away from calling Pakistan an ally. Yes, we have a partnership with Pakistan but I think we've seen that Pakistan is an unreliable partner at best at this point," Curtis added.

Evidence at the trial tying ISI to the Mumbai attacks will have a major impact on relations with Pakistan, she said, especially if it showed "that the ISI was able to run an American agent in conducting a terrorist attack in India that also resulted in U.S. casualties."

But some parts of the trial may be held behind closed doors, where classified material may be presented. "It's possible that even if the U.S. government is aware of specific ISI links to the Mumbai attacks, it may not come out in the public hearing," Curtis said.

Rana has sought diplomatic immunity from prosecution arguing he was working at the behest of the ISI to advance Pakistan's national interest. Transcripts of recordings released by prosecutors show that Rana not only praised the terrorists responsible for the attacks but also knew of the planned carnage in advance.

Headley pleaded guilty in March 2010 to terrorism conspiracies, including planning the Mumbai attacks, as well as plotting an attack for al-Qaida on the offices of the Danish newspaper Jyllands-Posten. The newspaper had unleashed a wave of anti-Western hysteria in the Muslim world following its 2005 publication of cartoons depicting the prophet Muhammad.

A 109-page classified Indian report obtained by ProPublica details the involvement of Pakistan's security services in the plotting of the Danish attacks. Headley's handlers included a former Army major, Abdur Rehman Hashim Syed (Abdur Rehman), and an ISI official named Lt. Col. Shah. Rehman was alleged in the report to be close to bin Laden.

"Rehman has met Osama a number of times. [Rehman] once told Headley that his set up has been given the name…Army of Fidayeens by Osama bin Laden himself," the report said.

Rehman is a co-defendant in the Rana case.

In interviews with American and Indian authorities, Headley detailed the close alliance between members of Pakistan's security establishment and the LeT. The Kashmiri jihadist group was created by the ISI in the late 1980s as a proxy force to wage attacks against neighboring India.

A senior Pakistani official questioned Headley's reliability as a witness. "When somebody is a double agent, whatever he says in a U.S. court is not credible from our perspective," the official, who spoke under a condition of anonymity, told ProPublica. The official denied anyone named Major Iqbal worked for ISI or was involved in the attacks.

Headley had been working as an informant for the Drug Enforcement Administration (DEA) until at least 2003, around the time he was training in Lashkar camps. Headley's former wives had tipped off American officials about his ties to Lashkar, but the allegations had been dismissed partly because of insufficient evidence.

Indian investigators allege the Mumbai attacks were in part the result of ISI attempts to boost the morale of Lashkar and other Kashmiri separatist groups, as well as to stop their integration with "Taliban-based outfits." Kashmiri jihadi groups were identifying more with the Taliban's jihadist activities in Pakistan and Afghanistan and the ISI wanted to shift "the theater of violence from the domestic soil of Pakistan to India."

A dossier released by Indian authorities last week describes Major Iqbal as Headley's handler who allegedly provided $25,000 in funds to the American Lashkar operative to help him reconnoiter targets for the Mumbai attacks. According to the dossier, Headley handed the surveillance videos to Major Iqbal before sharing them with Lashkar.

The dossier also describes senior LeT commander Sajid Mir as the "key planner" of the Mumbai attacks. Mir is reported to have directed the Mumbai carnage by telephone from a safe house in Karachi. Abu Qahafa is described in the dossier as a LeT trainer and explosives expert. He is alleged to have been present in the "LeT control room in Pakistan" during the attacks. The dossier also mentions an unnamed "Lashkar Member D" who is believed to have been Headley's handler prior to Major Iqbal.

In addition to scouting targets for the Mumbai attacks, Headley also traveled to Denmark in January 2009 to conduct surveillance of Jyllands-Posten offices in Copenhagen and Aarhus. Following his return from Denmark, Headley visited Pakistan and met with al-Qaida commander Ilyas Kashmiri. The meeting was facilitated by Rehman. Both Kashmiri and Rehman are co-defendants in the Rana case. At the meeting, Kashmiri reviewed Headley's surveillance videos and suggested using a truck bomb for the operation. He also promised to provide manpower. The plot to attack the Danish newspaper was never carried out due to heightened vigilance following the Mumbai attacks.

Headley's testimony tying Pakistan's security establishment with the Mumbai and Danish attacks has the potential to rock relations between Washington and Islamabad even further.

A recent House Homeland Security hearing questioned the almost $20 billion in military and development assistance the US has provided to Pakistan since 2001 in light of the country's dubious record as a frontline ally in the war on terror. Committee members drew attention to the bin Laden raid as proof Pakistan was reneging on its commitments to help the U.S.

Homeland Security Chairman Peter King, R-N.Y., remarked that bin Laden's hideout was in close proximity to a military academy and the headquarters of the Pakistani intelligence services. The hearing however cautioned against breaking off aid or relations with Pakistan.

Similar sentiments were echoed by Curtis.

"There are many issues at stake and cutting off the relationship altogether does not seem to be in overall U.S. interests," Curtis said. Half of all supplies going to American and NATO forces in Afghanistan goes through Pakistan, she said, and the Pakistanis do some things to serve American interests.

"We simply cannot turn our backs on Pakistan, as frustrated as people are," Curtis said. But the status quo isn't working either.

"The administration is looking for a wholesale change in Pakistan and should demand concrete steps by the Pakistanis to break the intelligence links to terrorist groups inside Pakistan."

Pressure to get Islamabad to clamp down on terrorist networks on its territory is likely to build with evidence presented at the trial detailing ISI's support for the Mumbai and Danish terror plots.

Regardless of how long jury selection takes, opening statements are set for Monday in Chicago. The trial could last a month or longer.