Next Panel Must Hear Activists 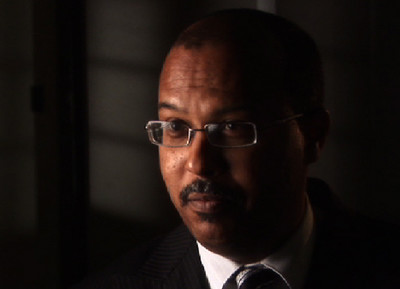 While watching yesterday's hearing on Capitol Hill on the radicalization of American Muslims, I could not help being moved by the painful testimony of Melvin Bledsoe. His son, Carlos Bledsoe (Abdulhakim Mujahid Muhammad), is the young man who murdered one person and wounded another at an army recruitment center in Arkansas after coming under the influence radical Islamic ideology. Bledsoe's testimony itself was enough to warrant the calling of such a hearing, despite the hysterical cries predictably heard from the CAIR, MAS, MPAC and ISNAs of the world and their friends in the left-leaning political class.

Listening to Mr. Bledsoe describe how he began to lose his son to the pernicious doctrine which sanctions cold blooded murder as an act of religion, my thoughts went back to the sad faces of my own parents as I began my own dark excursion into radical Islam.

While there were no dogs in our home to throw out, as in the case of Carlos Bledsoe, nevertheless I will never forget the look of pain and chagrin on their faces as I impertinently informed them that I would no longer accept or give birthday gifts (as I saw it, a pagan practice) nor would I be coming home for the holidays. No, these festivities were the vestiges of the pre-Islamic life that I was now leaving behind; I would have none of it.

The result of my taking this hard-line approach to Islam is to now find myself a middle-aged man with many, many nieces, nephews, and cousins who are strangers to me. I have missed all of the most important episodes in their lives, such as marriages, funerals, and family reunions. Simply put, I lost the best years of my youth to a radical brand of Islam, years that I will never get back.

This does not compare however to the anguish suffered by Melvin Bledsoe, who will go to his grave knowing that his son's life is ruined and will ultimately expire in a bleak prison cell. The poor man must also live with the knowledge that his own boy brutally took the life of his fellow Americans.

Having once been a part of this militant world, I have in recent years directed my efforts to defeating this radical strain of the religion I still adhere to, most notably through my writings which appear on my blog, A Singular Voice. I firmly believe that the attempts to characterize these hearings as a pogrom against Muslims, or some kind of preclude to the fate suffered by Japanese Americans during WW II, are false and malicious.

As American Muslims, in our own quiet spaces, we all recognize that there is a problem, a very serious one at that. Rep. Peter King made it quite clear from the beginning when he said, "The overwhelming number of American Muslims are outstanding Americans". I don't recall any such disclaimer being issued when Japanese Americans were rounded up and herded into internment camps. To even raise the awful specter of this history is completely irresponsible, and indeed counterproductive, since in the end it is Muslim youth, our children, who are at risk. Perhaps if the American public had seen the Muslim leadership in this country take a strong and concerted stand against Islamic extremism in the years since 9/11, and had themselves gone after the individuals who openly promulgated it in this country for years, there would be no need for these congressional hearings. But of course that did not happen, and what we got instead was a strategy of playing the victim by promoting a narrative which said that America is at war with Islam.

The scourge of Islamic extremism will never be fully understood unless and until those who were once a part of it are given some skin in the game. Specifically, none of yesterday's panelists, however sincere or at times dramatic, could speak about the militant Islamic world from the inside because they were never associated with it. I indeed find it somewhat amusing that those most often turned to as experts and "reformers" in the Muslim community, ostensibly the best equipped to combat radical ideology and provide hours and hours of ponderous commentary on it, have never enjoyed either popularity or credibility within radical Muslim circles.

In order for our nation to gain a deeper understanding of this pernicious worldview they must first consult the activists in the field, who, though few in number, are there nonetheless. What we will find is that out of this group of activists a number of them will be, like this writer, African American converts to Islam. No, they perhaps may not be a "Congressman" Keith Ellison or have the resume of a "Dr." Zuhdi Jasser, but they can speak with the authority of one who has lived and breathed the very close knit world of radical Islam and are best equipped to formulate an antidote against it.

1) Which Quran does Sheriff Baca have? his commenting as to the contents tell me this version was written by Walt Disney.

2) Dr. Jassar claims his Mosque use a reformed version of the Quran....His hope is too remove the political and focus only on the religious Quran...Has his concept worked anywhere in the middle-east, would he attempt to introduce this reform in the middle east?