In Libya, an al-Qaida Ally Lurks in the Shadows 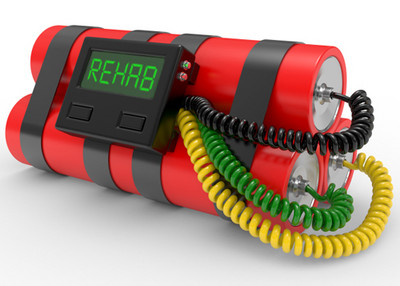 The mounting violence in Libya could have the unintended consequence of reviving radical Islamists including the Libyan Islamic Fighting Group (LIFG), a terror organization aligned with al-Qaida.

As Muammar Gaddafi's 41-year-old dictatorship totters on the brink, U.S. policymakers should pay close attention to reports that LIFG members are being released from Libyan jails, according to Jonathan Schanzer, a former Treasury Department official who monitors jihadist organizations. Until now, the LIFG has been essentially moribund inside Libya since Gaddafi's regime launched a repression campaign against it in the late 1990s.

But last week, more than 100 members of the LIFG were reportedly set free under mysterious circumstances from a jail near Tripoli. It is unclear whether they were released by anti-government forces or by order of Gaddafi, whose government says it has freed close to 850 purportedly reformed jihadists from prison in recent years.

Whatever the reason, news that LIFG members are getting out of jail is very troubling, according to Jonathan Schanzer, currently vice president of the Foundation for the Defense of Democracies. "Either way, what we're risking is a resuscitation of the LIFG," he said.

Since late 2003, when Gaddafi agreed to relinquish his weapons of mass destruction, the Libyan regime has sought to re-brand itself as an ally of the West in fighting al-Qaida and has provided intelligence on the LIFG.

As his domestic situation deteriorates, Gaddafi may believe it is in his interest to release terrorists "in order to say to the West, 'you need to back us'" and to drive home the point that the war against al Qaida will suffer if he is driven from power, Schanzer told the Investigative Project on Terrorism. Monitoring LIFG's situation should be a top priority of U.S. intelligence agencies as they watch events in Libya, he said, and congressional committees would do well to examine the issue in oversight hearings.

On Sunday, a Libyan official said that Islamist gunmen last week attacked an army weapons depot and a nearby port, killing four soldiers and seizing hundreds of weapons. On Wednesday, Libyan Deputy Foreign Minister Khaled Khaim told European Union ambassadors that al-Qaida has established an emirate in the eastern city of Derna headed by a jihadist released from the Guantanamo Bay detention facility.

Italian Foreign Minister Francesco Franco Frattini also mentioned reports that an emirate had been declared in that region of Libya. He said it would be "worrying" if "radical Islam is only a few hundred kilometers away from the European Union's front door."

The LIFG was formed by Libyans who went to join the Afghan mujahedeen in fighting the Soviet Union during the 1980s. The organization's goal was replacing Gaddafi's government "with a hard-line Islamic state," said Noman Benotman, a former member of the LIFG's Shura Committee. In the mid-1990s, he said, the group spent years planning an operation to overthrow Gaddafi. That effort failed, as did several attempts to assassinate the Libyan dictator in the 1990s.

Between 1997 and 2001, LIFJ and al-Qaida increasingly coordinated their operations and the LIFJ established two military training camps in Afghanistan. After 9/11, LIFG joined al-Qaida in attacking U.S.-led Coalition troops who were fighting to liberate Afghanistan from the Taliban. In 2002, senior al-Qaida operative Abu Zubaydah was captured in Pakistan alongside at least three LIFG operatives.

In December 2004, the State Department designated the LIFG a Foreign Terrorist Organization: "LIFG members have been directly or indirectly implicated in a number of terrorist activities, particularly in North Africa…The LIFG constitutes the most serious threat to U.S. interests and personnel in North Africa."

According to the State Department, senior LIFG leaders based in Europe helped plan a wave of suicide attacks in May 2003 targeting Western and "Jewish" interests in Casablanca, Morocco, including a restaurant, a hotel and community centers. More than 40 people were killed and more than 100 injured in the attacks.

In 2004, CIA Director George Tenet said in Senate testimony that one of the "most immediate threats" comes from "smaller international Sunni extremist groups who have benefited from al Qa'ida links," such as the LIFG.

In February 2006, the Treasury Department announced it was formally designating four organizations and five individuals as financial supporters of the LIFG, "an al Qaida affiliate known for engaging in terrorist activity in Libya and cooperating with al Qaida worldwide." Patrick O'Brien, assistant Treasury secretary for terrorist financing and financial crime, said the LIFG "threatens global safety and stability through the use of violence and its ideological alliance with al Qaida."

Within the next few years, however, the Gaddafi regime (which has provided the United States with intelligence on LIFG) embarked on a campaign to persuade LIFG members to abandon jihad. It was spearheaded by the Libyan ruler's Western-educated son, Saif al-Islam Gaddafi, who began a dialogue with LIFG members.

In 2009 and 2010, the Gaddafi Foundation (an organization headed by the younger Gaddafi) brought foreign journalists to Libya to showcase its campaign to persuade jihadists to change their ways. During one visit last year, the foundation arranged for the journalists to interview 88 low- and mid-level members of the LIFG. They had won their release after signing a document criticizing al-Qaida and denouncing attacks against non-combatants.

"A nation the West once considered a major sponsor of terrorism may have pulled off a groundbreaking coup against Al Qaeda: coaxing a group once strongly allied with Osama bin Laden to renounce its one time partner as un-Islamic," read the Times' December 2009 account. "The defanging of a group that the U.S. has listed as a terrorist organization since 2004 is the fruit of a years-long dialogue between the militants and the government."

Schanzer expressed skepticism about the Gaddafi Foundation's claims of success persuading jihadists to abandon violence. "I'd like to see the recidivism rates," he said, referring to statistics that could shed light on the percentage that have returned to the battlefield. Schanzer said advocates had yet to provide any data on the subject.

"To what extent can you trust Gaddafi's judgment on who they let out?" he added. "Do they go back to join the global jihad?" Based on the available information, "it is impossible to tell."

Reports that Libyan jihadists are being freed from jail are an ominous indication of where the country is headed, Schanzer said.

In interviews with the Washington Post last year, some participants in the Libyan rehabilitation program showed why a healthy skepticism is in order. Sami al-Saadi, a founder of the LIFG and a former aide to Osama bin Laden released from a Libyan prison two months earlier, expressed doubt the al Qaida boss "is calling for the killing of any single civilian."

Others said they still believed in waging war against American soldiers in Iraq and Afghanistan. They also said the conflicts in Somalia and the Palestinian territories were legitimate forms of jihad.

"When America invades a country, the insurgency is legal and lawful. From a religious point of view, it is permissible and we have to support it," said one of the men, the group's emir. "And U.S. policies in Israel and other places adds (sic) fuel to the fire."

The Libyans brought in a mediator (described by the Post as a "moderate Islamist") to engage with the ex-militants. He agreed with the former jihadists. "Violence against occupation is a sacred act," he said. "It is a sacred jihad."

"I don't know how you parse jihad," U.S. Ambassador to Libya Gene Cretz told the Post when asked about these comments. "If it means that, 'If you don't do it in Libya, you are free to go and do it elsewhere,' that would be a little troubling to us."