A New Role for Jihadi Media 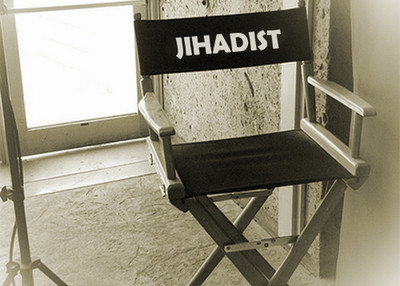 Aspiring jihadis need to improve their media skills, such as operating websites and developing their own video sites that resemble YouTube, to be more effective in their fight against the West, according to a new article circulating on a variety of Islamist Internet forums. Improved media, author Abu Sa'd al-'Amili writes, will help increase recruitment of American and Western jihadis, and conduct "continuous psychological media war" against the West.

"The enemy can no longer stand alone in the field with its misleading media tools, because the Mujahideen and their supporters have through these blessed pulpits entered the battlefield from a number of gates that they (the enemies) can not completely shut," says the article, which can be found in a jihadi news aggregator "The Unjust Media." "Moreover, they publish news of their Jihad and truthful images of this Jihad, as they likewise are a means of preparing and recruiting new soldiers for Jihadist work through organized, regulated and secure media efforts."

Alongside online magazines like al-Qaida's English-language Inspire, this article shows an increased jihadi focus on the media in the Muslim world and in the West. Al-'Amili advocates for more coordination between terror groups on different fronts with an eye for developing tech-savvy and graphically sophisticated video and written media.

The article, "The Heart of the Matter: The Reality and the Role of the Jihadist Media," emphasizes the coordination of jihadist media at home and abroad, with the intention of bringing the battlefield to would-be warriors. It also states the importance of jihadi media against the West, which it sees as increasingly "planting terror in their souls through a continuous psychological media war, commensurate with that being waged by the Mujahideen brothers on combat fronts."

Al-'Amili's piece is new posturing in al-Qaida's ongoing media battle. Abu Musab al-Zarqawi, an Iraqi al-Qaida leader who was killed in 2006, masterminded efforts to create a comprehensive media battle against Americans in Iraq. "He made the decision that every group should have a video camera with them, and every operation should be taped," said Abu Omar, a Palestinian bomb-maker in Iraq, according to a 2007 New York Times article. "We sent them [the videos] outside, to brothers in Europe and England."

The new article commends previous successes, particularly by al-Qaida affiliate Islamic State of Iraq, while advocating the expansion of the media battle. The new focus on expanding media comes, Al-'Amili writes, as terrorist organizations have gained territory and "many of the jihadist movements have known something of stability and have secure bases."

For website administrators, the article advises better connection with warriors on the front, and the translation of their battles for would-be warriors. "Let them understand well and certainly that their media work is considered a strong prop and the flip side of the coin of Jihad," Al-'Amili writes. Administrators should "make their pulpits [websites] secure," "redouble and consolidate the coordination" of such groups, and "strengthen their connections with the Mujahideen." The article also repeatedly emphasizes the need for secure communication links, to protect the identities of both readers and writers.

The advice of the article appears to reflect previous failures in securing communications. Mohamed Osman Mohamud, who plotted to blow up an Oregon Christmas tree lightning, was caught when FBI agents infiltrated his unsecured emails. When Mohamud attempted to contact two unindicted Pakistani associates to facilitate his travel there for jihad training, undercover agents moved in by pretending to be contacts of those associates. The Fort Dix plot, an al-Qaida inspired plan to murder American military troops in New Jersey, was broken up when the suspects took a DVD of them firing assault weapons to a shop in New Jersey for copying. A lack of basic security and tech skills led to the discovery of the plot, which intended "to kill as many American soldiers as possible," possibly hundreds.

The article also offers commentary on how to improve on the look and feel of jihadi media, primarily by adding more footage and staying up to date with technological developments. Amongst fighters at the front, the article advocates doubling the size of media cadres and providing them with better equipment. Foreign funders should provide for these efforts, "in order to keep up with and match the enemy media."

Al-'Amili advocates "exploiting those organizations owned by the enemy as well as independent agencies in order to take advantage of the technologies and programs studied there." This may be referring to the experience earned by Samir Khan, an American who used his talents as a graphic artist and writer for al-Qaida's English-language publication, Inspire magazine. The article goes on to advocate coordination between the leadership of different terrorist organizations, with the aim of utilizing common media teams for particular campaigns.

Importantly, the magazine advocates that jihadi groups strive to create their own video channel. Recognizing the powerful effect of online radicalization, the channel "would broadcast interviews with the leaders and prestigious people of Jihad regarding the correct program which should be followed by the young men of the Ummah." Non-Muslims could also be recruited for the cause, as "many of the brothers who had been in the rank of the enemy, embraced Islam, becoming the sincerest soldiers and most destructive against the enemy. The Guantanamo prisoners are a good example."

Video teams would take on ideological specialists attached to the operating conditions of their groups. For example, the article discusses the evolution the Islamic State of Iraq's propaganda, which originally targeted pro-government factions in post-invasion Iraq. When it "became clear that none of those would come to believe except those that already believed," the group "shifted to revealing the truth, in order to make clear the path of the criminals; in order to teach the people the reality of each faction so they could take the proper position in the ongoing struggle."

Along with another new article "10 Ways to Detect and Foil The Plots of Spies," "The Heart of the Matter" shows that jihadi groups are paying more attention to their Western audiences, from potential terrorists to terrorizing the American public.

Jihadi use of media

This article should be forwarded to the Israeli government. Maybe they could learn something