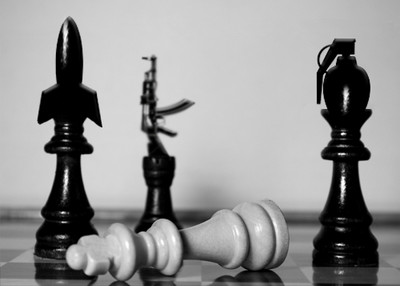 As investigators try to determine whether Faisal Shahzad's attempted Times Square bombing was tied to the Pakistani Taliban, officials are sounding a larger alarm. If it's true, the attack shows a terrorist group that has shifted its regional focus in South Asia towards American targets.

It isn't the only example.

Rhetoric from al Qaeda in the Arabian Peninsula (AQAP) indicates that the group has also shifted emphasis from attacks in Yemen and Saudi Arabia to a sharp focus on hitting America. In addition, these groups have adopted a terror strategy that is more difficult to detect and shut down.

That's the conclusion of a recent report by the Northern California Regional Intelligence Center (NCRIC), reviewed by the Investigative Project on Terrorism. It traces messages in Sada al-Malahim [The Echo of Epic Battles], AQAP's magazine. In the October 29, 2009 issue, the group began moving away from Saudi and Yemeni government targets that it has pursued for years. AQAP leader Nasser al-Wuhayshi recommended that individual jihadists expand their attacks on the West using any possible means, including household items and knives, and target the "airports of the Western crusader countries… or in their aircraft, residential compounds or in the train tunnels, etc."

This declaration immediately preceded the attack on Fort Hood, embodying the new method of lone jihadists that had been recently emphasized by Al Qaeda in the Arabian Peninsula. Furthermore, the Fort Hood terrorist Nidal Malik Hasan expressed a close connection with and respect for Anwar al-Awlaki, an AQAP leader who had claimed to have advised Hasan to carry out the attack. U.S. officials fear there are dozens of Americans who have traveled to Yemen for training or have been in contact with Awlaki.

The noticeable uptick of Yemeni government assaults on Al Qaeda strongholds also failed to refocus AQAP away from its new declaration of war on the United States. About two months after the Fort Hood shooting, Christmas bomber Umar Farouk Abdulmuttalab made a failed attempt to blow up a jetliner over Detroit. Abdulmutallab claimed that he had trained with and been dispatched by Al Qaeda, an assertion which AQAP confirmed and expanded on in its February 2010 issue of Sada al-Malahim.

This issue featured a much greater emphasis on attacking Americans, including ideological and technical information. The lead editorial begins with the typical declarations of jihadist publications, noting America's involvement in "massacres" in Yemen, and AQAP's desire to take revenge. However, the tone shifts quickly to laud Abdulmutallab as a "unique model of individual jihad" to inspire other would-be terrorists. It also declares:

"A lion of Islam, brother, hero, Mujahid Umar Farouk the Nigerian achieved a victory for the religion of Islam and a response to the aggression on the land of Islam. Through him God rubbed America's nose in the dirt, shattered its intelligence reputation, and bypassed its security barrier and all its modern technology."

The editorial further demands that other American Muslim soldiers "stand against injustice and aggression." It calls upon them to carry out similar attacks, saying, "There is no excuse for them to stay in the armies except to emulate brother, hero, Mujahid Nidal Hasan, who … chose this great action to make amends for the years he had spent in the service of the crusader campaign." Finally, the article declares:

"We Muslims from all parts of the world, speak different languages and dialects, which gives us complete ease of movement throughout the world. We must target the infidel on land, sea, and air without pity, as in the case of brothers Nidal Hasan, Umar Farouk, and Humam Al-Balawi [the Jordanian suicide bomber who targeted the CIA in Afghanistan]. Everyone one of them has carried out a mission different from the others which makes clear the coherence of the Umma and Islam, and the internationalism of its Dawa."

Aside from its encouragement of self-initiated attacks, other articles in this issue of Sada al-Malahim inform would-be terrorists of the new strategic goals and tools for bringing the fight to the Americans. One item notes that Al Qaeda has acquired "classic high explosives like PETN, melinite, RDX, tetralite, etc," and "calls on all PhDs … to be with us to complete some theoretical and practical studies." Another article, "The Project of Nidal [Malik Hasan] in the Struggle [al-Nidal]," praises terrorists for taking the initiative to murder Americans:

"Individual operations are the most difficult to detect and the easiest to carry out. We call on our brothers in the West to injure the enemy by inflicting economic and human losses on them."

The Shahzad case has a possible AQAP link, too. Initial reports state that at the very least, attempted terrorist Faisal Shahzad was a "fan and a follower" of Anwar al-Awlaki, AQAP's rising star. Other reports suggest that Shahzad possessed "a web of jihadist contacts that included big names tied to terror attacks in the U.S. and abroad."

The modus operandi fits in well with AQAP's change in action. Shahzad, a naturalized American citizen originally from Pakistan, used materials that could be purchased easily anywhere in the United States. Although the attempt was small in scale, the symbolism of the target would maximize "injur[ing] the enemy by inflicting economic and human losses."

The difference in strategy is clear. Traditional Al Qaeda attacks like 9/11 and the 1998 Embassy bombings pursued a strategy of heavily top-down leadership, utilized large and devastating explosives, and sought primarily mass causality attacks. AQAP now emphasizes attacks of a smaller scale and more modest means. These assaults lack paper trails and other clues which would provide American intelligence with a necessary forewarning.