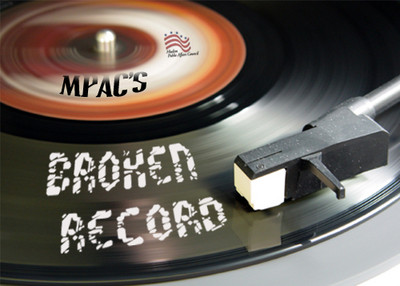 Following the news that five Americans had traveled from the United States to Pakistan to attend terrorist training camps, a coalition of representatives from the American-Muslim community has come out denouncing the alleged plotters. From this chorus, groups such as the Muslim Public Affairs Council (MPAC) have promised to redouble efforts at combating radicalization and to renew cooperation with law enforcement.

Indicative of these efforts, according to MPAC, is a recently released report entitled Building Bridges to Strengthen America: Forging an Effective Counterterrorism Enterprise Between Muslim Americans and Law Enforcement (MPAC Report).

The report was written to provide a "blueprint for how Muslim American communities can be an asset in securing our nation and preserving the rights of all Americans, as defined by a Muslim American perspective." Despite this laudatory mission statement, a review of the report reveals that MPAC is simply continuing to engage in the same tactics which it has always relied upon—calling for greater cooperation between the American-Muslim community and U.S. law enforcement while undermining U.S. counter-terrorism efforts.

Although a portion of the report is dedicated to counter-radicalization efforts, the remainder of the study takes aim at the investigative techniques of federal and local law enforcement. Calling for a shift towards a "community-policing model," MPAC explains that under this revised system:

"Law enforcement works on clamping down on terrorist firms' ability to operate within the market for martyrs—terrorists' 'entrepreneurial activities'—while Muslim communities work on drying up the market itself…leave the counterradicalization to Muslim communities—law enforcement should focus on terrorists' criminal activities; Muslims have been and must continue to be at the forefront of the ideological issues."

While it may be true that greater cooperation is needed among the American-Muslim community and U.S. law enforcement, suggesting that "counterradicalization" and "criminal activities" are mutually exclusive is preposterous. The two issues are completely intertwined; it is difficult to combat one without understanding and acting in concert against the other. Consequently, both law enforcement and the American-Muslim community should work together in fighting both terrorism and the radicalization that feeds it. Although the MPAC Report recognizes this fact, its recommendations undercut any possibility for greater cooperation.

MPAC argues that a shift to a "community policing model" would have the effect of alleviating the growing divide between the American-Muslim community and U.S. law enforcement. The report explains that "many (but not all) Muslim communities…have negative perceptions of the police." While this may be true, groups like MPAC are not free from blame for this reality. MPAC's historical aversion to cooperation with American law enforcement officials, and its consistent attempts to paint American-Muslims as victims of an American "war on Islam" has been well documented.

Evidence that MPAC has consistently acted to sow distrust between the American-Muslim community and U.S. law enforcement includes a statement of then-MPAC National Director Mahdi Bray speaking at the American Muslim Council's Second Annual Imam Conference on April 28, 2002. After spending the bulk of his speech denouncing the investigation of now convicted terrorist supporter Sami Al-Arian, Bray concluded his remarks by saying that "terrorism" was just another word the government used to institute oppression against minorities:

This statement is demonstrative of MPAC's undeclared policy of publicly feigning support of cooperation while claiming that the government's investigative efforts are isolating the American-Muslim community.

Working through the MPAC report's recommendations, one notices a consistent criticism of U.S. counter-terrorism investigations: the use of informants. The report concedes that "informants are an extremely important tool that can be used to great effectiveness in various kinds of criminal investigations, including counterterrorism ones," but then argues that their use has been ineffective and counterproductive. This is not the first time MPAC has made this argument.

In a March 2003 Los Angeles Times article discussing the FBI's relationship with Muslim American communities, MPAC's Executive Director Salam Al-Marayati said law enforcement's approach to combating terrorism has not worked, while accusing the government of "profiling" individuals on the basis of their religion, rather than their actions:

"The FBI's policy of targeting people because of their race and religion…That's what they've been doing since the attacks, and we don't know of any case that has resulted in the arrest, indictment, or prosecution of a terrorist."

American law prohibits anyone from providing support to people and groups designated as terrorists by the State Department. MPAC's criticism indicates it wants that law applied selectively. Remember that MPAC has argued the U.S. should remove Hizballah and Hamas from its list of designated terrorist organizations. Moreover, MPAC has consistently opposed law enforcement action against groups tied to terror financing like the Holy Land Foundation and the Benevolence International Foundation.

MPAC also routinely condemns investigations involving informants, even though its use is an accepted practice in drug and organized crime investigations. At a July 2005 conference in Dallas sponsored by the Islamic Society of North America (ISNA), Al-Marayati forcefully told the audience that Muslims should not become informants for the federal government:

"We reject any efforts, notion, suggestion that Muslims should start spying on one another. In fact, if you look at the Lodi case, the disaster of Lodi is that Muslims were reporting each other to the authorities saying 'oh, this person is an extremist.'"

Most recently, the government liaison for MPAC's Washington D.C. office and the author of the MPAC report, Alejandro Beutel, argued that the FBI was deliberately targeting Muslim Americans:

"Absolutely, we do see that there is a trend…within the FBI, but more generally within law enforcement. Since 9/11 this has been going on….These latest issues with informants seem to be the latest in a trend of ongoing issues."

Thus, while MPAC has publicly called upon its members to remain vigilant and assist U.S. law enforcement officials, that message has been consistently undercut by the group's casting of informants as agent provocateurs.

MPAC's criticisms of informants - that they are improperly used and ineffective - are without merit. As FBI Director Robert Mueller has explained:

And as for any concerns that informants are ineffective, the evidence simply does not bear that out. In recent years, informants have helped break terrorist plots in New York, North Carolina and New Jersey, just to name a few.

MPAC's recent report offers the same old critiques of investigative techniques masquerading as a call for more cooperation and new ideas in the fight against homegrown terrorism.