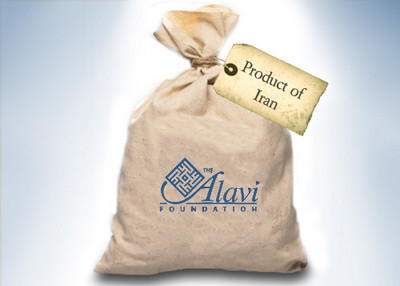 On November 12, 2009, the Justice Department dealt a major blow to Iranian nuclear ambitions and terrorist financing efforts. The announcement of an amended civil forfeiture complaint against the Alavi Foundation has the potential to cut off a significant source of funding to the Iranian government—funding which is absolutely essential as Iran continues to defy international efforts at curbing nuclear proliferation.

The amended complaint in United States v. ASSA Corp., now the largest civil forfeiture claim ever filed, is the latest in a series of moves taken by the United States government aimed at closing front companies funneling money to the Iranian government. The complaint, filed in the Southern District of New York, alleges, among other things, that the "Alavi Foundation has been providing numerous services to the Iranian Government," including funneling money to Bank Melli, an institution which has been designated for its role in funding terrorism and nuclear proliferation.

Bank Melli was designated under Executive Order 13382—aimed at freezing the assets of proliferators of weapons of mass destruction—on October 25, 2007. At the time of its designation, the Treasury Department explained that:

Following the designation of Bank Melli, the Iranian government began setting up front companies to hide its identity and continue sponsoring terrorism. Through these layers of front companies Bank Melli provided banking services to the Iranian Revolutionary Guard Corp (IRGC) and the Qods force, a branch of the IRGC that has been designated under Executive Order 13224 for providing support to terrorist groups including the Taliban, Hizballah, Hamas, Palestinian Islamic Jihad, and the Popular Front for the Liberation of Palestine. Among the companies set up to mask Iranian activities were the ASSA Corporation and the Alavi Foundation, the two defendants in the recently amended civil forfeiture proceeding.

Assa Corporation is owned by Assa Company Limited, a UK entity which is wholly owned and operated by Iranian citizens who represent the interests of Bank Melli. Shortly after ASSA's creation, on December 17, 2008, the Treasury Department designated ASSA as a terrorist financier, and the Justice Department filed a civil forfeiture complaint over ASSAs financial interests in the United States. At the time, senior Treasury official, Stuart Levey, explained "this scheme to use a front company set up by Bank Melli—a known proliferator—to funnel money from the United States to Iran is yet another example of Iran's duplicity."

Similarly, the Alavi Foundation has served as a front for Iran's financing of terrorism. It began as the Pahlavi Foundation, a non-profit organization operated by the Shah of Iran and was later renamed the Mostazafan Foundation of New York and then finally the Alavi Foundation. Through each of these incarnations, the company has been used by Bank Melli and the Iranian government to finance terror, as detailed in the complaint. Along with ASSA Corporation, the Alavi Foundation maintains control over substantial assets and property within the United States. All would be forfeited should the government prevail at the upcoming trial in Manhattan.

The government's action, undertaken under the International Emergency Economic Powers Act, seeks forfeiture of more than $500 million in assets, including:

With Iran continuing to move forward in its plans to develop nuclear weapons, the U.S. government must use every tool at its disposal to dry up funding. The steps taken by the Justice Department this week are a strong indication that they are doing so. By closing down and seeking forfeiture of the assets of front corporations working on behalf of Iran, the U.S. can effectively curb not only the regime's nuclear weapons program but also its continued support for terrorist organizations.

In a related news item, the Alavi-owned Islamic Education Center of Houston has featured its own support for Iran. In a speech for the "Anniversary of the Islamic Revolution" of 1979, speaker Ghulam Hur Shabbiri prays for the victory of Islam all over the world:

This is just an opening. May Allah (swt) bless us all and forgive all sins of all life. And may Allah (swt) give Islami-Inqilab [Islamic Revolution] victory in [sic] all over the world. And may Allah give us UI that we may make this Inqilab [revolution] successful and we can join with the Imam of the age... to have a complete victory in the world and Islam, then Islam is going to be a ruling authority in the whole world and we can see the flag of Islam in the top places in this world.