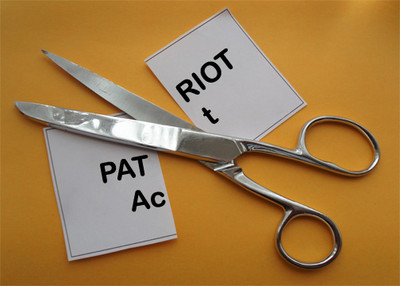 Senate Judiciary Committee Chairman Patrick Leahy (D-Vermont) and Sen. Russ Feingold (D-Wisconsin) have introduced legislation that would effectively gut the USA PATRIOT Act. This week, against the backdrop of multiple domestic terrorism-related investigations and arrests, Leahy and Feingold tried to use hearings on extending the PATRIOT Act to advance legislation that would substantially weaken it. The reauthorization hearings focused on three controversial provisions of the PATRIOT Act set to expire on December 31, 2009. If legislators fail to act, the laws will expire automatically.

Following the September 11th attacks, members of the Legislative and Executive branches came together to review the tools available to United States counter-terrorism officials. They found that existing statutes were inadequate in combating the asymmetrical threat posed by international terrorist organizations and that, consequently, new laws were necessary. Within forty-five days, Congress passed and President Bush signed into law the USA PATRIOT Act, a comprehensive counter-terrorism bill. Members of the House and Senate Judiciary Committees convened this week to discuss the reauthorization of three controversial provisions of the national security legislation.

Holding a series of hearings over a two-day period, the Committees drew together diverse panels of experts in the field of national security law and policy. However, rather than engaging in a debate limited to the three sunsetting provisions, members of Congress pandered to a vocal minority of critics in calling for comprehensive overhaul of the PATRIOT Act. Although Congress paid lip-service to the need for a candid assessment of existing counter-terrorism measures, the introduction of the Justice Act by Senator Feingold, and the USA PATRIOT Act Sunset Extension Act of 2009 by Senator Leahy, reveal a different goal – gutting the PATRIOT Act and weakening U.S. national security.

The general tenor of the hearings suggested that the provisions would be reauthorized. What remains to be seen is what form these renewed portions of the PATRIOT Act will take in light of the pending legislation. For instance, while both the Leahy and Feingold bills would reauthorize the provisions, they would also make substantial changes to current law – arguably to the detriment of future national security investigations. Although these bills would result in sweeping overhaul of our nation's national security laws, of immediate concern must be the effect that the legislation would have on the three sunsetting provisions.

The first provision on the chopping block was Section 206 – the authority for "roving wiretaps." Used in an average of 22 cases per year, this provision allows for continuous surveillance of a target as he or she moves from device to device – traditional tradecraft for many terrorists and spies. With the expanded availability of disposable cell phones, calling cards, and internet cafés, law enforcement officials testified that existing authorities were simply insufficient for conducting effective investigations. As David Kris, Assistant Attorney General for National Security, explained:

"prior to passage of the PATRIOT Act, national security investigators who were conducting electronic surveillance of a foreign terrorist or spy were required to go back to the Foreign Intelligence Surveillance Court for a new surveillance order every time the target used a different telephone or other communication device."

While members of both the House and Senate Judiciary Committees seemed to recognize the utility of this statute, they remained concerned about its susceptibility to abuse. In particular, criticism at the hearings focused on so-called "John Doe Roving Wiretaps." As Former Congressman Thomas Evans explained, "the government is not required to identify either the particular communications device to be monitored or the individual who is the subject of the surveillance." [emphasis added] While proponents of this provision conceded that this authority was broad, they explained that that was by design. Former Assistant Attorney General for National Security Kenneth Wainstein, emphasizing the importance of this provision, explained that there are occasions on which the government is unable to identify the target of a search because of insufficient information. In such cases the government must still make a showing before the Foreign Intelligence Surveillance Court and must provide both a sufficiently definite physical description of the target of the search and evidence that they are engaging in counter-surveillance techniques.

Next, Congress considered the continued need for Section 215 orders, which allow the government to subpoena "any tangible item that is relevant to a national security or counter-intelligence investigation." Discussing the utility of this authority, David Kris stated that it is frequently used where either grand jury subpoenas would tip off the subject of the investigation or where the third party in possession of the items refuses to turn it over voluntarily.

Rather than discuss the efficacy of this provision of the PATRIOT Act, critics instead choose to focus their attention on their favorite target – National Security Letters. While admittedly there have been abuses of the NSL authority, critics, such as Michael German of the ACLU, fail to mention that the FBI's Office of the Inspector General found that there have been few, if any, abuses of Section 215 authority. Moreover, even to the extent that NSL authorities have been misused, DOJ Inspector General Glenn Fine explained that the FBI has undertaken extensive corrective measures.

Like the roving wiretap authority, Congress built into Section 215 a panoply of safeguards to protect against misuse. As Wainstein, Kris, and other supporters of the provision explained, they are subject to FISC approval, appropriate minimization procedures and extensive Congressional oversight. In many respects, as Senator Sessions pointed out during the hearings, this authority protects civil liberties better than traditional criminal grand jury subpoenas. [emphasis added]

Critics of the provision argue that it is overly broad and subject to abuse. Responding to critics and ignoring the need for this broad authority, both the Feingold and Leahy bills would dramatically amend the "business records" provision. In particular, Section 107 of the Feingold bill and Section 3 of the Leahy bill would remove the existing presumption that evidence is relevant where there is a connection to an investigation into terrorist activity. Instead, both bills would require the government to provide more detailed information regarding the actual threat and applicability of the information sought to that specific threat. This change would come despite the lack of evidence suggesting any misuse of current authority, and despite the calls to reauthorize it as it currently exists.

Finally, the hearings called upon panelists to debate the continued need for the "Lone Wolf" provision of the Foreign Intelligence Surveillance Act. This authority allows the government to conduct surveillance on a non-U.S. citizen who "engages in international terrorism or activities in preparation therefor" without demonstrating affiliation to a particular international terrorist organization. In the words of Kris, representing the Obama Administration, this authority is absolutely essential for dealing with "terrorist free agents." Addressing the need for this authority in light of a changing enemy, Wainstein explained:

"When FISA was originally passed in 1978, the contemplated terrorist target of FISA surveillance was the agent of an organized terrorist group like the Red Brigades or one of the Palestinian terrorist organizations of that era. Today, we face a terrorist adversary in al Qaida that is a global network of like-minded terrorists – a network whose membership fluctuates with the shifting of alliances between regional groups. We also face the specter of self-radicalizing foreign terrorists who may not be part of a particular terrorist group, but who are nonetheless just as dangerous and just as committed to pursuing the violent objectives of international terrorism."

Critics of this provision rested their concerns upon the fact that this authority has never been used. Senator Amy Klobuchar (D-Minnesota) took a different stance, suggesting that the fact that the lone wolf provision hasn't been utilized doesn't mean that it won't be.

In fact, as numerous witnesses pointed out, as the military continues to succeed in breaking the Al Qaida infrastructure, the likelihood of lone wolf attacks increases.

The provisions set to sunset at the end of the year are absolutely essential in the fight against international terrorism. Wainstein explained their necessity while discussing the reason for their initial passage:

"Prior to 9/11, agents on the front lines of our counter-terrorism program lacked the tools they needed to identify, investigate, and neutralize plots before they matured into terrorist attacks."

The PATRIOT Act bridged many of those gaps and through two rounds of reauthorization hearings, the provisions have been augmented with substantial safeguards and an appropriate level of checks and balances. While there may still be areas where the legislation can be refined, sweeping overhaul such as that found in the Leahy and Feingold bills may not only be inappropriate, but dangerous.

Do you suppose the people weakening the Patriot Act are just trying to protect the crooked politicians out there?