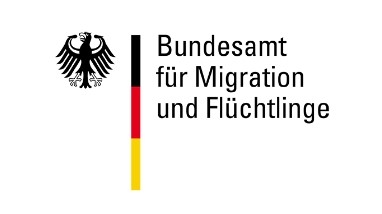 It was Hassan's brother-in-law who inspired him. "He said....there is a treasure, there is a living God, Jesus Christ, and we are his children, and not his slaves," Hassan told the European Court of Human Rights last month. "He said there is a free salvation."

Intrigued, Hassan soon followed his brother-in-law, converting from Islam to Christianity. His wife converted soon after.

But apostasy is a crime in their native Iran, and Christians – even non-converts – are regularly subjected to discrimination and violence. Hassan's brother-in-law was arrested, tortured, and ultimately died in prison for practicing his new religion. And so in 2018, after Iranian security forces raided their home, seizing their computer, passports, and Bible, Hassan and his family fled, escaping to Germany in the hopes of finding asylum there.

It didn't go as he had hoped: Germany's immigration service, the BAMF, turned down Hassan's asylum request, and a higher court also ruled against him on appeal. In August, his last hope failed when the European Court of Human Rights also rejected his appeal.. Now the 44-year-old cabinetmaker and his family will be forced to return to Iran and to whatever the dangers they might face.

Those dangers are real: according to the evangelical Decision magazine, Iran, where the Bible was banned in 1991 and apostasy is punishable by death, is ranked ninth on the list of 50 most dangerous countries for Christians.

While Christianity is the largest non-Muslim religion in Iran, according to Open Doors International, which provides support to persecuted Christians, Germany is increasingly unlikely to give asylum to the Islamic Republic's fleeing Christian population.

"Refugees from Iran receive less and less protection," reports the Vienna-based Observatory on Intolerance and Discrimination Against Christians in Europe. According to a 2021 report, the BAMF denied 50.6 percent of Iranian refugees seeking asylum in 2017. The number swelled to 76.2 percent last year, giving Iranians the lowest "potential rate of protection" of all asylum-seekers to Germany, according to Infomigrants, a European Union media effort to inform migrants of the facts about migration and seeking asylum. The Observatory on Intolerance estimates that thousands of converts were among them "because well over thirty percent of them had described themselves as Christians at their BAMF hearing."

The problem, according to the Observatory, is that "the authorities in Germany suspect that many converts are only faking their conversion to Christianity. The same mistrust is shown towards pastors who certify the refugees' faith. So in many cases, BAMF staff deliberately ignores the documents presented by experts in matters of faith, and place their assessment, guided by personal views, on top of them."

Indeed, in 2019, Open Doors International found that "according to [German] pastors, 88 percent of the converts in their care are authentic, 86 percent display this in their participation in parish life. However, the BAMF only granted protection status to 37.6 percent of the test population in the period 2018-2019." Moreover, they added, "Even if there are individual 'outliers' among the converts (and also the communities that baptize hastily), a blanket condemnation of all converts is unacceptable. Those accusing converts of strategic motives undertake a discriminatory misjudgment and neglect the extremely dangerous repercussions on converts."

Gotfried Martens, a pastor in Berlin's Evangelist Lutheran Church who has baptized hundreds of Iranian as well as Afghan converts, agrees with the Open Doors assessment and condemns the BAMF response.

"It's often said here: no one is so crazy that he would risk his life for his faith. That's typical of the European thinking of these times, that Christian faith is no more than a hobby," he recently told Dutch newspaper Trouw.

According to Martens, the crackdown on Christian converts only began after the rush of Syrian migrants to Germany in 2015, with the declaration of the Islamic State. Before then, according to a 2014 article in the Guardian, the influx of Iranian Christians was considered welcome in a region where more than half the Christian population is non-practicing. Iranian and Afghan Christians quickly melded into the local culture, taking on Western names as they awaited their chance to be baptized. (Many Iranians and converts from other Muslim countries avoid being baptized in their home countries, where public displays of their faith can be penalized by prison and as many as 70 lashes.)

"The refugee crisis in 2015 had a huge impact," Martens told Trouw. "Before then, most were accepted. Now they have almost no chance." He blames "hardliners" in the Ministry for Foreign Affairs for the changes. "Not everyone in Germany supported Angela Merkel's welcome mat for refugees," he said.

Yet Christianity continues to grow in Iran and across the Middle East, spurred by evangelical outreach and the spread of televangelism; and so the number of those seeking asylum, too, continues to increase.

Most of those whose asylum applications are denied appeal the decision, according to Trouw. But the process can take up to seven years – long enough for many to establish lives, build families, become part of their communities. For the children, deportation can be devastating, let alone result in real, physical danger to their lives. In Iran, for instance, lawmakers altered the penal code in February 2021, prescribing sentences of up to five years in prison for "engaging in propaganda that educates in a deviant way contrary to the holy religion of Islam," reports Radio Free Europe. And yet, as Martens told Christian news site CNE News last month, "I know that there are problems that affect well over 1000 people throughout Germany...that committed, converted Christians are to be deported back to Iran."

It isn't only Germany. In Sweden, Open Doors found that in the cases of almost 700 Afghan converts, rejection rates ranged from 60-81 percent between 2015 and 2018, and varied from region to region. "Whether the asylum claim was denied or approved was not determined by the contents, but rather by the rhetorical ability of the converts to reflect on their faith," Open Doors reported. "So ultimately, it was not the sincerity of their faith that was assessed, but their intellectual capacity."

In the Netherlands, officials increasingly question the motives of asylum-seekers who claim to be Christian – despite the fact that there, as elsewhere, pastors insist that they can easily recognize the difference.

"We don't just baptize them and proclaim Hallelujah!" Martens told Christianity Today. "We really check them out."

Consequently, many Christian leaders in Europe are starting to demand that they be included in such asylum decisions. Reinhardt Schink, general secretary of the German Evangelical Alliance, noted in Christianity Today, "People often who are not believers think they can judge the beliefs of someone else within half an hour. It's absolutely ridiculous." Echoed Markus Rode, director of Open Doors Germany, "The change of belief towards Jesus Christ is a spiritual process. And as such, it can only be assessed by people who have themselves accepted Jesus Christ in faith."

At the same time, in a moment when politicians are facing pressure from a populace concerned about the potential Islamization of their Western culture, economic crises, and, in many cases, housing shortages – let alone the ongoing threat of Islamist terrorism – it is understandable that government officials would choose wariness and caution.

But one has to wonder what message Europe is sending the Middle East's non-Muslims, to those who have, in fact, chosen Christianity over Islam, when turning them away endangers not only their lives, but those of their children.

"In Germany I share the gospel, I organize prayer circles here in the accommodation," Hassan told the European Court of Human Rights in August. "I want to be a good example, to win the others to faith in Jesus Christ. My greatest goal would be for my children to be able to find Christ in freedom, and to do good."