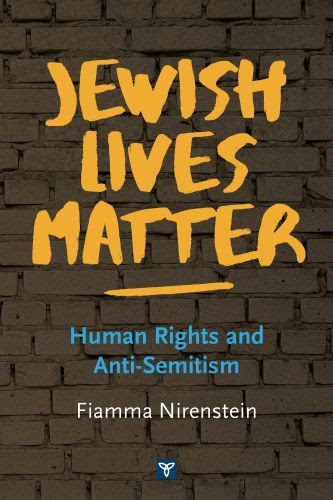 Israel and the Jewish people have long borne the burden of envy and hatred for their views about monotheism, morality, and law. So too, Ukraine is now bearing the burden of representing the West in its fight against Eastern (Iranian, Russian, Turkish, and Chinese) totalitarianism and aggression. The West is supplying the weapons; Ukraine is providing the human sacrifices.

Iran, which has been designated as the world's leading sponsor of terrorism, has a long reach. On Aug. 12, author Salman Rushdie was stabbed 10 times by a 24- year-old Shiite Muslim supporter of Iran, Hadi Matar – someone who was not even born when Ayatollah Khomeini issued a fatwa, or legal death decree, against Rushdie for having insulted Islam.

Iran funds the murders of Israeli Jews through its proxies such as Hamas and Palestinian Islamic Jihad (PIJ). It has been almost impossible to persuade Westerners, including the media and the professoriate, that Iran's war is primarily a religious war against non-Muslims, Sunni Muslims, and against Judeo-Christian values and Western secular modernity. Such Islamists do not allow free thought or free speech. Criticizing any part of Islamist culture or religion is an insult; their dishonor can only be cleansed by your death.

As Bari Weiss just pointed out, Western cancel culture is somewhat similar in that a single word or idea is experienced as a violent act and therefore demands being censored and/or a physically violent response.

This is the political moment in which Fiamma Nirenstein, an Italian-born, Jerusalem based journalist, a former Italian parliamentarian, has published a cri de coeur, an updated version of Zola's "J'Accuse." She has titled it Jewish Lives Matter. An English language copy can be downloaded here.

Emile Zola was compelled to speak out in 1898 because of the Dreyfus case, in which French-Jewish artillery officer Alfred Dreyfus was falsely accused of treason, publicly stripped of his rank and sentenced to life imprisonment on Devil's Island. He was innocent, and had been framed by antisemites.

Nirenstein was driven to "cry out" over the extraordinary global cognitive war against Israel and the way in which the "good people," especially the human rights activists and organizations, have all signed onto modern Blood Libels in the name of "human rights." Nirenstein is passionate, angry, and exceptionally eloquent. She writes:

"The criminalization of Israel has by now been disseminated worldwide. It is a mindset based on lies that have become part and parcel of the media's daily fare since the Durban Conference in 2001...The diabolical confusion between blaming Jews and exalting human rights has created a serious short circuit. The notion of an intersectionality that must identify oppressed and oppressors – espoused today from institutions such as the United Nations or the European Union to movements such as Black Lives Matter and those of the LGBTQ community – has proved to be a breeding ground for anti-Jewish hatred, to the point of spawning absurdities that range from imagining Israel as an apartheid state to asserting that Jews are 'white supremacists."

In an interview, Fiamma told me her book was driven by the "incredible shame that I feel in seeing a big wave of antisemitism rise again after and so soon after the Second World War. It is a moral and intellectual scandal that becomes more and more aggressive under the lead of extreme Islam, pretending that they fight for the poor and those oppressed by imperialism and colonialism – and of the 'liberal,' 'intersectional' movements pretending that their fight is for human rights. The amount of verbal and physical aggression is rising continuously. The ancient right-wing version of anti-Semitic hate is still there, but the tragic surprise has been the left and the liberals."

Both Fiamma and I have endured the loss of our allegedly progressive and feminist friends, when they betrayed the truth and the Jews. We both stood our ground. But, like Fiamma, I was also reeling, heartbroken, disgusted, by how many presumably "good" people, including intellectuals and the most politically correct denominations of Judaism, refused to understand that anti-Zionism is what is "new" about antisemitism. Anti-racist and human rights activists viewed Israel as the absolutely worst country in the world – as a "Nazi, colonialist, occupying" power, which orders the IDF to purposely slaughter women and children.

Nirenstein is both "angry and filled with grief" about "the lie that Israel is an apartheid country. This is not merely a criticism; it is a death sentence [for the country]. And somehow, it is being used as a weapon by the very institutions created to serve the cause of 'never again' – the UN and the European Union. For more than seven decades, these institutions have been perpetuating the dangerous lie that Israel has no right to exist."

Nirenstein provides a succinct and accurate history of the harm perpetuated by the United Nations since the 1970s. As I say: The UN has never stopped a single genocide. It has only managed to legalize Jew-hatred.

"How can it be," she asks, "that in the 15 years of its existence the UN Human Rights Council has condemned a democracy like Israel 95 times and Iran 10 times?"

In the book, Nirenstein shares her own experiences in Israel, war after war dating back to 1967.

"During the Six Day War," she writes, "I was a young girl living in Kibbutz Neot Mordechai close to the Golan Heights. I escorted children to shelters. As a journalist, I covered the First Intifada. I walked along Israeli soldiers at night in Lebanon in 2005. I interviewed Palestinian terrorists in the Gaza Strip and the West Bank. I met with a number of Hamas leaders, including Sheikh Ahmed Yassin and his successor Abdel Aziz Rantisi. I covered the entire Second Intifada. I have witnessed the deaths that it perpetrated on buses or in pizzerias throughout Israel. I interviewed Yasser Arafat numerous times from Tunis, after the Sabra and Shatila massacre, and at his Mukata compound in Ramallah. I have traveled with soldiers, being tossed around in nagmashim (armored vehicles) through occupied Palestinian villages. I covered the battle of Jenin where I almost stepped on a Palestinian mine, and discovered that UN officials' comparison to the Srebrenica massacre was a lie."

Nirenstein brilliantly updates what Israelis call the "matzav," or the "situation." She asks: "Why did the May 2021 Gaza war, in which Hamas fired more than 3,000 rockets at Israel's civilian population – lead to Israel alone being condemned for daring to defend herself?" "Should (the Blood Libels) finally be believed and accepted as fact, the world stands to lose not only its own essential memory of the Shoah and of the vitally necessary role of Judaism, but also the very fabric of democracy and of its basic reason of existence: human rights," she writes.

Nirenstein makes a powerful argument for why the survival of the Jews and of Jewish Israel means the survival of democracy, the rule of law, and the defeat of tyranny and fascism.

Considering how many times the world has failed to act in its own best interest, I asked Fiamma about the likelihood that the world may again not listen to reason, and turn to barbarism, fascism, and evil. "If the world will choose to hate Israel, it will do so at its own expense," she said. "It will resemble a sight I witnessed in Durban, when an NGO demonstration marched in the dusty streets of the suburbs with the young followers of Arafat, Fidel Castro, and [Robert] Mugabe holding a portrait of Osama Bin Laden over their heads. I called the newspaper and told my boss in the foreign affairs office, and he asked me why I (am so interested) in 'that poor Saudi shepherd.' 9/11 happened a few days later."

"Germany destroyed Europe in the name of anti-Semitism, and the same destruction of the West could happen today. I only hope to wake up public opinion about the immense destructive power of hating the Jews. Remember that when Hitler needed all the trains and the transportation to bring back his defeated army from the periphery of Europe, he preferred to keep using anything on wheels and rails to keep deporting the Jews."

Nirenstein admits that "we have failed" in terms of the cognitive war." She means that we have no kippat barzel, no intellectual Iron Dome, to repel the many Blood Libels launched against Israel daily in every language on earth.

She is right. I have been calling for just such a weapon since 2005. May her book inspire more people to assemble such a cognitive weapon, hastily, and in our days.