The Joint Arab List in Israel – A Bridge to Hell 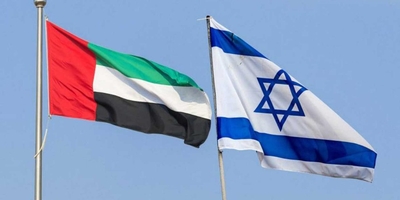 On October 15, 2020, Israel's Knesset, with the support of 80 of its 120 Knesset members, ratified the historic peace treaty with the United Arab Emirates, opposed by the 13 members of the Joint List, a faction of four Arab political parties. Israeli Prime Minister Benjamin Netanyahu gave a speech from the Knesset podium on the occasion, stressing that the treaty did not include covert agreements and that by voting against it, the Joint Arab List was aligning itself with Iran, Hizballah, Hamas and the Palestinian Authority, and expressing their desire for the destruction of the State of Israel. Netanyahu reminded them that the Palestinians had refused every offer of peace and that there was no point in waiting for them to lift their veto.

Ayman Odeh, head of the Joint List, was interviewed by the Hizballah-owned al-Mayadeen TV channel on October 16, 2020. He explained why the Joint List voted against the treaty with the UAE. He claimed that "realizing the rights of the Palestinians is the condition for peace; the Iranian threat is negligible." He also claimed that the agreement contains clauses relating to arms deals and a deployment against Iran and its allies, and that the "deal of the century" plots the "transfer" of the "Triangle," a region in the center of the country lying on the Israeli side of the border of Judea and Samaria and home to thousands of Israeli Arabs, to the Palestinian Authority, stripping them of their Israeli citizenship in the process. He also claimed that Arab regimes forged agreements with Israel against the will of their own people, who were loyal to the Palestinian cause.

Argumentative and confrontational, the Arab Knesset members (MKs), like their Palestinian brethren, are attempting to incite the Arabs against their "illegitimate" rulers. It is the same sort of dangerous subversive speech and behavior that has turned the Palestinian terrorist organizations into proxies against the countries that have hosted and financed them throughout history, such as Jordan, Lebanon, Kuwait and Egypt. Now, for a change, they work in the service of Iran and Turkey against the Arab regimes which have supported them for years in the conflict with Israel.

The thankless rhetoric of Odeh and the other members of the Joint List is the same as that of the Palestinian terrorist organizations. That was how the Palestinians tried to overthrow King Hussein in September 1970, used terrorism against Lebanon and Syria, which took them in after they fled from Israel, and supported Saddam Hussein's invasion of Kuwait in 1990. That is how the Islamic terrorist organizations in the Gaza Strip help ISIS in the Sinai Peninsula kill Egyptian soldiers and officers. And now the Palestinians in the PA and Hamas are discussing the internal Palestinian reconciliation yet again and planning to renew the armed campaign against Israel.

Joint Arab List members frequently claim that Israeli citizenship was forced upon them, and that Israel is a "racist, colonialist, apartheid occupation" established by a mob of Western riffraff pretending to be Jews. The "colonists" were deliberately sent from Europe to rob the Palestinian people of their land and rights. Therefore, Odeh's claim regarding the plot for annexing the Triangle to the PA in the "deal of the century," reveals their hypocrisy, since Israel's proposal to withdraw from the area would connect them, their lands and their assets to the Palestinian Authority, where they would become citizens and thus be freed from the "Zionist occupation." That should have been welcomed by people who claim to be living under occupation. But the Israeli Arabs' elected representatives are dead set against it and determined to remain under Israeli rule and to return time and again to its parliament.

Since the establishment of the State of Israel in 1948, Israeli Arabs have been one of the central causes for the Arab nations. The comparison between their own poverty in totalitarian Arab states and the prosperity and equality of Arabs in Israel was obvious and a cause of envy. When Israeli Arabs go to Mecca for the Hajj or to Europe or America for pleasure or business, they boast about being Israelis, and when they return they openly express satisfaction and compare their situation to the poverty and oppression they see in Muslim communities abroad and in the Arab states.

The existence of a prosperous Arab community in Israel embarrasses the subversives of the Joint List refutes the claims of racism and expulsion of the Palestinians. The Israeli Arabs' increasing desire for integration proves that those who remained when al-Husseini, the Grand Mufti of Jerusalem and a Hitler sycophant, told them to flee in 1948 (promising them not only that their homes and lands would be restored, but that they would receive the property of the Jews after the Arab armies killed them) flourished and prospered, and no evil befell them. However, those who fled did so not only because of the Mufti's dictates, but because they had participated in riots and fled for fear of Jewish revenge. That gave birth to the rumors that Arabs who remained in Israel were collaborators.

Peace with its neighbors has been the Israeli dream since the establishment of the State in 1948. The leaders of the Arab minority were considered a bridge to peace because they were Muslims and spoke Arabic like the citizens of the neighboring countries. However, in the decades since, elected Arab officials, perhaps feeling guilty, have identified with Israel's enemies. They cynically use their political immunity to work for the country's destruction. Despite cries of "discrimination" and "apartheid," there is vicious infighting between Israeli Arab politicians for Knesset seats, places in Israel's universities for their children and the receipt of enormous budgets.

Arab MKs routinely label IDF soldiers and officers "murderers," demanding they be tried for war crimes at the International Criminal Court in The Hague. They support the BDS campaign to isolate Israel economically and politically, identify with and praise Palestinian terrorist operatives who kill Israeli citizens, and openly support Hizballah and the Palestinian terrorist organizations which launch missiles into Israeli territory. Exploiting their parliamentary immunity, they visit terrorists in prison and carry out incitement and subversive activities against the State, both inside Israel and abroad.

During the second intifada in 2000, masses of Israeli Arab citizens responded to Yasser Arafat's call and to the incitement of Israeli Arab leaders, and participated in the conflict, which included armed terrorist attacks. Clashes with police and the public resulted in casualties, roadblocks and extensive property damage. The result was that even today Israeli Arabs are revealed as operatives working not only for the Palestinian terrorist organizations but even for ISIS, and some have carried out attacks against Israeli citizens. Their rhetoric is intended to sow tension, hatred and distrust between Jews and Arabs in Israel.

In recent years, Arab minority leaders, among them Knesset members, heads of the Arab municipalities and the "monitoring committee," have formulated "documents of future vision." Like the positions of the Palestinian terrorist organizations, the documents openly state a desire for the destruction of Israel and the establishment of a Palestinian Arab state on its ruins.

For years the Arab MKs have worked in coordination with Palestinian Authority officials – and with European anti-Semites who feel the Holocaust was never completed – to realize their "vision," which is to establish a temporary Palestinian state within the 1967 borders, to carry out "resistance" activity (i.e., terrorist attacks) and to erase the Jewish character of the State by repealing the Law of Return, which defines Israel as the homeland and shelter for the Jewish people. Instead of the State of Israel, they plan to implement the claim of the "right of return" for the Palestinians to the State of Palestine which will be established on the land "from the Jordan River to the Mediterranean Sea. The Joint List, which has 15 of the Knesset's 120 seats, also works to repeal the National Law, which defines Israel as a Jewish state (while granting civil equality to all citizens).

Israeli Arabs' elected officials encourage illegal construction in their communities and condemn as a "traitor" any Arab who joins the police the security services, the army and even the national service for their own community – while at the same time claiming deliberate neglect of public safety in the face of increasing crime in Arab society. (Former MK Hanin Zoabi spat at an Arab policeman and called him a traitor). The indications of a growing connection of the Arab citizens to the country – despite the incitement – incenses them.

No parliament in the world would accept its elected representatives supporting murderers of its citizens. The phenomenon exists only in Israel, whose Arab MKs have met abroad not only with heads of terror organizations but with Gaddafi, Assad, Nasrallah and Erdogan. Ayman Odeh openly identifies with the objectives of Hizballah, MK Azmi Bshara fled treason charges by moving to Qatar after providing Hizballah with the coordinates of Israeli security targets, former MK Ghattas smuggled mobile phones to terrorists in prison, former MK Hanin Zoabi participated in a Hamas flotilla, MK Yazbek supports Palestinian "resistance" (i.e., terrorist attacks against Israeli civilians and Islamist MKs support Hamas and Palestinian Islamic Jihad.

The Joint List is accused by Israeli Arabs of rarely concerning themselves with the welfare of the people who elected them. While some are communist atheists, others are radical Islamists and some are Fascist nationalists, all of them united into a single Arab party that seeks to eliminate Israel and to oppose raising the minimum number of votes needed for a seat in the Knesset. Rather than striving to better the lives of their constituents, the leaders of the Arab party in Israel strive to destroy Israel.

Many Israeli Arabs find it difficult to explain the contradiction between wanting to integrate into Israeli society and reelecting the country's enemies to represent them in the Knesset. Some of them admit they are torn between hatred for Israel and their existential interest in its continuing strength and welfare. Others claim their votes for the Joint List are really only votes against right-wing politicians, and some insist that it is the influence of the clans that support their traditional candidate, even if he expresses populist hatred towards his country. They claim their intentions are good, but the road to hell is paved with good intentions.

It has recently become clear that Israeli Arabs increasingly "vote with their feet." They identify and contribute to Israel's society and economy, express resentment of the subversion of their elected representatives in the Knesset, and understand that peace with the Emirates, Bahrain and other Arab states may benefit Palestinians in general and Israeli Arabs in particular. Their leaders, on the other hand, do not intend to serve as a bridge to peace but rather mean to do everything in their power to burn all bridges to peace with Israel, and serve as the direct road to hell, bypassing good intentions.

Dr. Reuven Berko holds a Ph.D. in Middle East studies, specializing in Arab and Islamic Affairs. He served as the Adviser on Arab Affairs to the Jerusalem district police. Berko is a frequent commentator on major Arabic satellite programs and an analyst for the Arabic Affair program on Israeli TV. He writes for a broad range of Israeli and Arab newspapers and is considered one of Israel's top experts on Arab affairs.