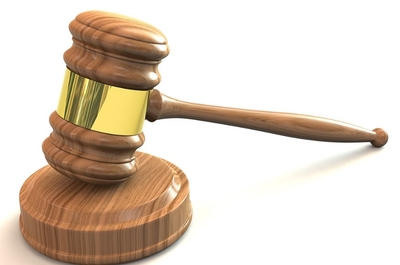 Convicted terrorist Kevin James is back in custody.

James, also known as Ahmed Binyamin Alasiri, was indicted last month by a federal grand jury in Los Angeles for selling methamphetamine and Ecstasy in "a series of drug buys." James, you may recall, had served 16 years in federal prison after pleading guilty to conspiring to wage war against the United States.

He founded a radical Islamic terrorist organization, Jam'iyyat Ul-Islam Is-Saheeh (JIS), while an inmate in the California Department of Corrections. The JIS group was tasked with attacking U.S. military installations and Jewish synagogues in Los Angeles.

His arrest came just a year after James was released by the Bureau of Prisons and placed under strict post-release supervision conditions by the U.S. Probation Office. James wanted to have those stringent conditions removed. That appeal was placed on hold last week pending the outcome of the drug trafficking case.

According to the indictment, James allegedly sold large quantities of controlled substances to an undercover FBI employee.

But this investigation was conducted by members of the FBI's Joint Terrorism Task Force, not drug agents. And while the initial criminal complaint does not disclose any nexus to terrorism, we are reminded that James had previously conspired with others to raise funds for terrorist acts by committing a series of armed robberies.

And, as we reported last year, James violated terms of his release almost immediately, including being ticketed by the California Highway Patrol for driving without a license in a car he didn't tell halfway house staff about. He lied about the number of phones he had, about where he went when he left the house and more. And, he posted a selfie in August 2019 saying he was "in the land of dogs and pigs. May Allah free me from it soon."

In July, an FBI complaint said James "without prompting" told the undercover employee "that he operated a drug trafficking business," which led to a series of deals. The complaint indicates the undercover was sent to the halfway house in June to live with James.

It makes no mention whether the sales were just to make money or to support some other purpose.

U.S. Magistrate Judge Autumn D. Spaeth ordered James taken into custody by the U.S. Marshals Service. He is currently being held in the Santa Ana jail pending his trial, which is scheduled to begin Nov. 10.

If convicted, James could face life in prison.