Is Europe Facing Another Decade of Jihad? 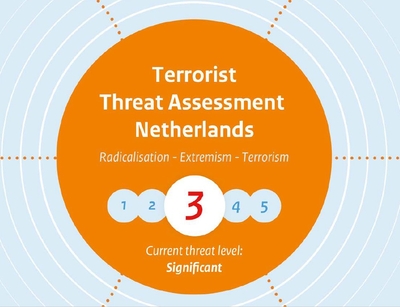 For most of Europe, the end of 2019 marks the close of a decade of jihad, of terrorist attacks in the streets, of bombers, shooters, and knife-wielding self-styled warriors rampaging restaurants and theaters, stadiums and concert halls, Christmas markets and kosher markets, trains, museums, magazine offices, and airports.

But according to a newly-released report from Dutch intelligence and security agency AIVD, 2020 will not bring with it an end to such attacks. Rather, more jihadist activity should be expected, not only in the Netherlands, but throughout Europe and the West.

There is some good news: the number of attacks in the West decreased significantly in 2018-2019, from a record high of 211 in 2015 to just 16 in 2019 as of this writing. This is largely thanks to vastly improved intelligence procedures that interrupted dozens of terrorist plots, such as the June arrest in Belgium of a man planning an attack on the American embassy, and of 20 suspects in Copenhagen, Denmark earlier this month. The gradual decline of the Islamic State was also an important factor, the AIVD indicates, as fewer European fighters departed for the region and Europe tightened its watch of those who attempted, after fighting for the terrorist group, to return home.

Accordingly, the Dutch National Coordinator of Counterterrorism and Security (NCTV) has reduced the terror threat level from 4 to 3 (on a scale of 5) for the first time since 2016. But even in doing so, both the NCTV and AIVD warn that another attack is likely. More, the AIVD expects radicalization and the spread of violent Islamist ideology to increase throughout the West. Indeed, despite the killing by American troops of ISIS leader Abu Bakr al-Baghdadi, the AIVD warns, "ISIS's underground battle for jihad continues in its central region (Syria and Iraq). And there is a chance, too, that individual ISIS sympathizers will use his death as a reason to take revenge by staging further attacks."

"Al Qaida controls a base in Syria and elsewhere, facilitating networks in Turkey, among others, and networks of supporters in most Western countries," the AIVD reports.

But the greatest threat seems to come from Salafist influences, including the long arm of the Saudi government, in educational and religious institutions throughout the West. Salafist lessons at religious schools and Muslim community centers are a particularly large problem in the Netherlands, though the AIVD and others believe similar programs are in place in other European countries.

"Promoters of Salafism systematically build intolerant, anti-integrative and anti-democratic ideology in Holland's extracurricular religious education – and thereby, among children and youth," the AIVD reports. "In practice, this means that an unknown number of Dutch children are told from an early age that a Muslim should 'turn away' from or' hate' non-Muslims, dissenting Muslims, Dutch society and the democratic social order." Such indoctrination, it says, can easily lead to radicalization.

Growing networks of Salafist leaders, many funded by Saudi Arabia, Kuwait and Qatar, exacerbate the problem, the report says. While many have been educated in Medina and are therefore fluent in Arabic – giving them a certain level of prestige in the Dutch Muslim community – the majority, the AIVD says, "were raised in the Netherlands, had a Dutch education, and speak fluent Dutch." And yet, "their strategy, agenda, and message is entirely in conflict with Dutch democratic law and order."

What's more, the Saudis help support the creation of Dutch-language religious lessons that continue to promote that anti-Democratic, anti-Western message. "Hence," notes the report, "through their systematic efforts, these Salafist promoters are making their doctrines go mainstream."

The fact that such efforts take place Europe-wide, however, makes the Salafist threat and the Middle Eastern funding of Western Islamic education all the more alarming – not only in terms of security, says the AIVD, but in respect to integration. "In most West European countries, developments with Salafism and its followers are similar to what we have in the Netherlands," the report says, though adds that, "the influence and the networks may take a different form among various migrant groups and other national differences."

Moreover, the AIVD report authors cite a 2018 report from the Institute Montaigne, "The Factory of Islamism," which showed that that the "systematic dissemination of intolerant, anti-integrative and anti-democratic ideological concepts by Salafists has far-reaching polarizing effects on coexistence in Western European democracies; and, because of the risk of radicalization, it ultimately also has an effect on safety."

Adding to the challenge is the pending release of terrorists whose sentences end in the next three years, said counter-terrorism consultant Jason Walters, Likely to further spread Salafist doctrine – a doctrine many of them learned from those same Saudi-funded schools and mosques – they, too, are cause for concern. "We saw what could happen in London," Walters notes, referring to the Nov. 29 knife attack on London Bridge, carried out by a jihadist who completed his sentence and claimed to have renounced radicalism.

In addition, reports the AIVD, while little recruiting is taking place among incarcerated Dutch terrorists, "new networks are developing that are likely to continue after their release."

Still, says Walters, who is a former Islamist terrorist himself, the rise and fall of the Islamic State has also had some unexpected consequences. "The legacy of ISIS seems to have changed the dynamic somewhat," he says. "It's pushed some towards more extremism, but it has emboldened a counter-movement. Atheism has really become a thing in the Middle East, for example."

Does that suggest a reason for hope in the long run? Possibly. But such changes take time, and any promise lies in the far future. For now, it seems, even as this decade ends, the dangers of jihadist terror will continue.