A version of this article originally was published by the Daily Wire. 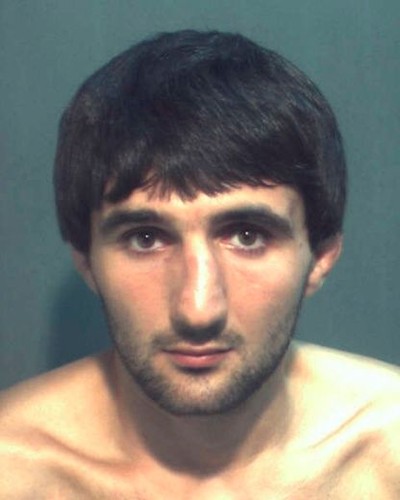 A newly released affidavit provides significant new details about an unsolved 2011 murder connected to Boston Marathon bomber Tamerlan Tsarnaev. And it offers incriminating new information about Tsarnaev's friend, a man killed after attacking an FBI agent during a 2013 interrogation, whose case has been championed by the Council on American-Islamic Relations (CAIR).

CAIR continues to represent the estate of Ibragim Todashev, claiming law enforcement conspired to violate his civil rights and that his shooting death was unlawful. A federal judge in Florida tossed the case out last year, but an appeal is pending.

Before he was killed by an FBI agent's bullet in 2013, Todashev admitted he and Boston Marathon bomber Tamerlan Tsarnaev were responsible for the grisly 2011 murder of three men in Waltham, Mass.

Tsarnaev died in a shootout with police early on April 19, 2013, four days after two pressure cooker bombs blew up near the Boston Marathon's finish line, killing three people and injuring 264. His brother, Dzhokhar Tsarnaev, also was wounded, but arrested days later. He was sentenced to death in 2015 after being convicted on 30 counts, including use of a weapon of mass destruction related to the bombings.

Investigators quickly were drawn to Orlando after the bombings, where Todashev was living. Federal agents wanted to know about his friendship with Tamerlan Tsarnaev, while local police wanted to talk to him about an unsolved murder.

After several earlier contacts, they spent four hours interviewing Todashev inside his apartment the night of May 22, 2013. According to an affidavit unsealed last week, Todashev said he and Tsarnaev originally planned to rob the three men, whom they believed had money because they sold pot. But Tsarnaev, who was armed with a gun, changed plans, saying "they should eliminate any witnesses to the crime," the affidavit said. The two tied up Raphael Teken, 37, Erik Weissman, 31, and Brendan Mess, 25, before slashing their throats.

"In addition, the victims were covered with marijuana," the affidavit said. Tsarnaev and Todashev split "several thousand dollars" they took from inside. Todashev said that he and Tsarnaev then spent about an hour trying "to clean the crime scene in order to remove traces of their fingerprints and other identifying details," the affidavit said.

The disclosure was one of few passages not redacted in a 27-page search warrant affidavit from 2013 used to search a Honda CR-V the two rode in that night. It was unsealed in connection with Dzhokhar Tsarnaev's appeal of his death sentence.

Todashev's confession was known before, but the unsealed affidavit adds significant details about what he admitted.

The new information also sheds light on the FBI shooting that killed Todashev. Investigators say, and two investigations confirmed, that an FBI agent fired only after Todashev threw a coffee table at him, cutting the agent's head, and then continued to attack.

Todashev was a skilled mixed martial arts fighter and had been involved in at least two fights, knocking a man out in one. Despite the record, the Council on American-Islamic Relations (CAIR) continues to cast the shooting as a cold-blooded murder.

statement," U.S. District Judge Carlos Mendoza wrote in an August 2018 order, dismissing a lawsuit by Todashev's estate against the government.

The law enforcement agents present thought his behavior was becoming increasingly erratic. One sent a text to his colleagues, warning, "Be on guard. He is in [a] vulnerable position to do something bad. Be on guard now. I see him looking around at times."

Moments later, Todashev attacked. The FBI agent later needed nine staples in his head to close the wound from the coffee table. He said Todashev ignored repeated warnings to back off and show his hands. The investigators' fear for their safety was reasonable, Mendoza ruled, and the FBI agent "was not required to wait and see what Todashev might do next."

CAIR Florida Executive Director Hassan Shibly, who filed the civil suit as "as the personal representative for the Estate of Ibragim Todashev and Todashev's survivors," has made no public comment about the new disclosure about Todashev. In 2014, after separate state and federal investigations also cleared the FBI agent, Shibly wrote that the FBI's credibility was being damaged.

An appeal on Mendoza's order granting summary judgment to the defendants is pending before the 11th U.S. Circuit Court of Appeals.

But if the original lawsuit record is any indication, the appeal won't go far.

The federal district court repeatedly found that CAIR attorneys failed to state a claim to support the various counts in the civil suit. Other claims were called "threadbare" and "woefully deficient."

At one point, CAIR attorneys even moved to disqualify Mendoza, claiming he could not be partial because he worked on a terrorism task force as a prosecutor before being appointed to the bench. In fact, it was the magistrate judge who acknowledged that work. In a separate motion to disqualify U.S. Magistrate Judge Daniel C. Irick, CAIR attorney Tark Aouadi wrote that Irick's experience "is disturbing to the Plaintiff as it appears to evidences [sic] bias and partiality which leads the Plaintiff to seek disqualification."

Irick did recuse himself "in an abundance of caution," however, noting that he had worked with one of the defendants during his days as a prosecutor. He did this even though "this was not a basis for recusal argued in Plaintiff's motion."

A lawyer for the Todashev estate also claimed the law enforcement officials "were being deceitful," prosecutors wrote, "though he offered no evidence to support this claim."