Why Israelis should support the Iraqi protesters
https://www.israelhayom.com/opinions/why-israelis-should-support-the-iraqi-protesters/

by Rachel Avraham
Republished with permission from Israel Hayom
October 4, 2019

Rachel Avraham is a political analyst at the Safadi Center for International Diplomacy, Public Relations, Research and Human Rights and is the author of "Women and Jihad: Debating Palestinian Female Suicide Bombings at the American, Israeli and Arab media. 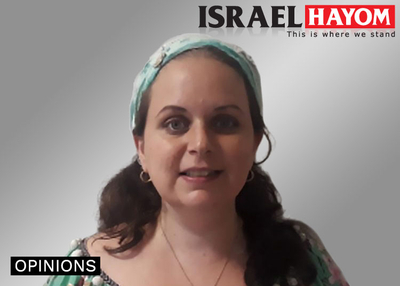 Israel has a strategic imperative to aid the protest movement seeking to topple the Iraqi government, both to support the Iraqi people in their quest for freedom and democracy and to break up the "Shia crescent" that stretches from Iran to Lebanon.

Another Arab Spring-like protest movement now seems to be arising, seeking to topple the present Iraqi government. As Israelis, we should support the Iraqi people in their quest for true freedom and democracy.

Mendi Safadi, heads of the Safadi Center for International Diplomacy, Research, Public Relations and Human Rights, has noted that if we want to prevent the creation of another Syria, we should call upon the community of nations to intervene as soon as possible to uphold the rights of the protesters, prevent additional bloodshed, and stop the radical Islamists, Iran, and the former Baathists from overtaking the protest movement.

"Today, this Arab Spring has begun to take over Iraq against a government that is corrupt and loyal to Iran," Safadi said. "These protesters are against the Iranians taking over Iraq. Talks with activists on the ground and the leaders of the protest movement reveal that the people are repulsed by the government, who betrayed their nation by becoming a proxy of Iran. The Iranian takeover of Iraq has gotten the people to revolt, to take to the streets and to demand that Iraq be returned to its rightful owners. They seek freedom and basic human rights that every citizen of this world deserves."

According to a report from the Internal Commission of Iraq, "The Iraqi government takes instructions from Iranian Revolutionary Guard Commander Qassem Soleimani. Over 700 members of the Iranian Revolutionary Guard shot live fire at Iraqi demonstrators. There were demonstrators who were killed including men, women and children. The Iranians even went as far as burning a 2-year-old child in a car with her father. The Iraqi people are calling upon the international community to intervene urgently in order to save the Iraqi people, who have suffered under Iran and political Islam. We demand that all pro-Iranian parties be banished from Iraq and to take away all of Iran's influence in the country. We seek to hold the regime accountable and to change from a parliamentary system to a republican form of government. We seek that the rights of women be respected, as the number of women in the country is very high. The Iraqi people will stop protesting only once our demands are met."

In an exclusive interview, Iraqi protest leader Nakeeb Saadoon lamented that there are no longer any Jews in Iraq. He seeks to build a bridge between the present Iraqi protest movement and the Iraqi Jewish community in Israel. He offered to grant Iraqi Jews and their descendants compensation for their expulsion from the country and Iraqi citizenship if they seek to return. He also seeks to build an Iraq that would be welcoming of Israeli tourists. Additionally, he wants to establish diplomatic relations with the State of Israel and stressed that it is his dream to establish an Iraqi Embassy in Jerusalem, Israel's capital. He wants Iraq to be the first Muslim country to recognize Israel's sovereignty in Jerusalem and claimed that this dream is possible if his protest movement succeeds: "We have people ready to replace the present Iraqi government. Israel must be strong and we must keep the peace with them. Most Iraqis feel that Israel is a peaceful country in the Middle East. The young generation of Iraqi Arabs especially think that. We believe that Jerusalem belongs to the Jewish people. Allah gave it to the Jewish people as a gift. It is written in the Quran. There is no reason to be against it."

Saadoon emphasized that his movement is opposed not only to Iran but radical Islam in general: "We don't like having a government ruled by religion. Right now, 90% of most of the political parties in Iraq are run by these corrupt pro-Iran people, who are very religious Shias. Iraq is 90% controlled by Iran." In fact, Dr. Seth Frantzman, director of the Middle East Center for Reporting and Analysis, claimed in his recently published book After ISIS: America, Iran and the Struggle for the Middle East: "Iran has benefited the most from the rise and fall of ISIS. The Sunni extremists gave Tehran an excuse to put its role in Iraq on steroids. This was characterized as Iran was searching for a road to the sea via a corridor through Iraq and Syria to Lebanon. This corridor now connects Iran's allies across a huge area of the Middle East."

Saadoon concluded, "There is so much corruption. The Iraqi government is violating human rights. But the Iraqi people are not the only ones suffering. As long as Iran is in Iraq, Iran will always be a threat to Israel. Ninety percent of Hezbollah finances are coming from Iraq, not Iran. We also have some information that most of the weapons that attacked Saudi Arabia came from Iraq as well. The Iraqi people don't need such an Islamic government. They need jobs, health care, education, and other basic things in daily life. That is why these demonstrations are happening."

We Israelis must stand in solidarity with the Iraqi protesters, so that we can break up the dangerous "Shia crescent" that now stretches from Iran to Lebanon. Once a regime hostile to Iran takes over Baghdad, then weapons transfers to Hezbollah and the Assad regime become significantly more complicated. Iranian forces must pass through Iraq if they seek to transport weapons by land to Assad in Syria and Hezbollah in Lebanon. If suddenly Iran loses access to Iraq, it will face an uphill struggle to continue to prop up Assad and Hezbollah. This implies that Israel has a strategic imperative to help the Iraqi protesters at this critical hour, diplomatically, financially and politically. Israel must take a stance now before Iraq either transforms into another Syria or, worse yet, these protesters share the same fate as their Iranian counterparts, who were brutally crushed into submission.