Update: U.S. Rep. Ilhan Omar called the Hamas repression "abhorrent" in a Twitter post Tuesday. "I hope all will join in me in condemning these crackdowns on human rights workers and journaliss (sic)." 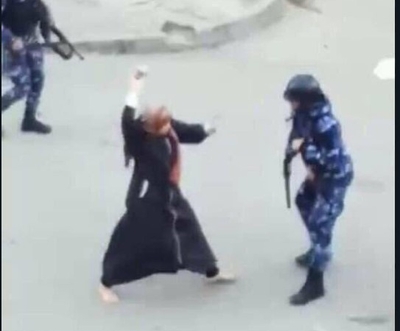 Hamas continues to use force to quell a popular uprising in Gaza as protests against the group's governance enter a third week. Protesters are beaten and hundreds of people – including journalists – have been detained.

You wouldn't know that by the reaction from Islamist groups in the United States and Europe. Not one has said a critical word about the Hamas brutality.

The protests, labeled "Bedna N'eeish," or "We want to live," were sparked by thousands of Gazans who took to the streets March 14 to protest the scarce food supplies, tax hikes and substandard living conditions that have only worsened since Hamas took power in 2007. Rather than build a viable economy and invest in infrastructure, Hamas diverts huge sums of money to digging attack tunnels and developing weapons for the next confrontation with Israel that place Palestinians in harm's way.

Hamas blames the Palestinian Authority and Israel while accusing them of orchestrating the protests. It used gunfire, massive arrests and beatings to try to shut the protests down.

When a rocket fired from Gaza struck a home in central Israel Monday morning, some saw it as an attempt to bait an Israeli military response. A family of seven, including three children, was inside the house, which was destroyed by fire. The family escaped with injuries.

"Having failed to quell the protests with a violent crackdown, Hamas chose a new tack," wrote Daniel Shapiro, former U.S. ambassador to Israel. "What better way to distract their public, and turn their ire away from Hamas and back toward Israel, than to provoke a heavy Israeli response?"

If Islamists truly were concerned about the suffering in Palestinians, they would be quick to condemn this latest rocket attack. The response will only make the lives of Gaza's Palestinians worse.

That's what Palestinian Authority President Mahmoud Abbas meant last week when, while visiting two people wounded in the protests, cursed Hamas assailants and labeled them as "dogs" who belong to the "garbage of history."

The Council on American-Islamic Relations (CAIR), which embraces the Palestinian cause, has said nothing about the violent Hamas crackdown on dissent. CAIR Executive Director Nihad Awad, who is usually busy distributing accusations of "Islamophobia" on others using his Twitter account, remained muffled on the major events taking place in the land of origin.

Neither Ilhan Omar nor Rashida Tlaib, two Muslim women elected to Congress last fall, has had anything to say about the brutal treatment of Gazans by Hamas. Both Tlaib, a Palestinian, and Omar, have been supported by CAIR.

"Peace and respect for human rights: These are universal values," Omar wrote in a recent Washington Post op-ed. "...These are the values that propelled me to get involved in public life."

A statement criticizing Hamas for the attacks on protesters, or for the unprovoked rocket attacks on civilians, would go a long way in establishing her sincerity. Her silence sends a more disturbing signal.

Omar ignited controversy when she questioned the allegiance of pro-Israel advocates, was the guest speaker Saturday at a CAIR fundraiser in Southern California. Attacks by Hamas on Palestinians were not mentioned during the fundraiser.

Omar did take a moment to mock dozens of people who gathered outside the banquet to protest her series of anti-Semitic statements. Ignoring those concerns, Omar cast the protesters as people who unjustly characterize Islam as "oppressive ... and isolates its women. And today they gather outside to protest a Muslim woman who is in Congress. The irony, the irony in that is very entertaining to me ... But I don't think any of them realize that people like myself and many of the people in this room can care less about what they have to say. Because we know who we are and where we belong and what we stand for."

Turkish President Recep Tayyip Erdogan, who presents himself as the leader of the Sunni Muslim world, has ignored the Gaza protests entirely.

But Hamas Mufti Youness Al Astal issued a fatwa declaring all protesters against Hamas as "apostates."

"All those who protest against or killed by the resistance (Hamas) are apostates and should have no compensation," he said, referring to money given to surviving relatives after an accidental death. The fatwa provided Hamas a religious justification to continue using repressive measures against Gaza dissidents.

A 2014 conference ended with $5 billion in commitments from Qatar and other nations to help rebuild Gaza. Frustrated Gazans wonder where Hamas leaders squandered these funds.

"The entirety of Gaza is unemployed, my husband and my son are unemployed, I am not speaking on my own behalf but on behalf of all of Gaza," one woman protester said. "The son of a Hamas official would own a car, a house and a job by the age of 20 and my son like all others Gazan youth own nothing!"

The silence over the Hamas crackdown on Gaza protesters makes it clear that Islamist concern for human rights is selective. If they really wanted life to improve for Palestinians in Gaza, speaking out seems like a pretty minimal action.