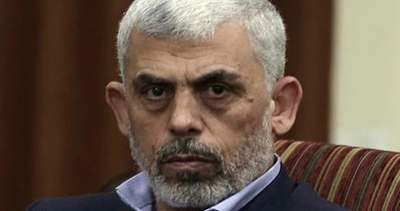 "After the reconciliation efforts (between Hamas and Fatah) reached an impasse, a number of factions planned to cause an internal explosion in the Gaza Strip, but the Marches of Return thwarted the plan," Sinwar said during a conference Tuesday in the Gaza Strip.

"Gaza did not want to stand idly by when the American Embassy was transferred to Jerusalem," Sinwar said, adding that "the Palestinian people succeeded in turning this provocation into an opportunity to confront the Israeli enemy."

Sinwar praised Palestinian protesters for helping "create a means of pressure, like the incendiary balloons."

Sinwar joins other Hamas officials who have acknowledged Hamas's role in planning and promoting violent protests on Israel's border.

The vast majority of Palestinian fatalities during this past summer's violent demonstrations on the Israel-Gaza border were members or affiliates of terrorist organizations – primarily Hamas.

Of the 112 reported deaths from March 30 to May 14, 93 people (83 percent) belonged to or were associated with terrorist groups.

Most of the dead connected to terrorist groups – 63 people – were Hamas members. This figure is consistent with assessments offered by two senior Hamas officials as the violence played out. Salah Bardawil claimed that Hamas members represented half of the total deaths and boasted that of 62 people killed on May 14, 50 were Hamas members.

Sinwar claimed more than 60 Hamas deaths on that day.

Senior Hamas official Mahmoud Al-Zahhar acknowledged that the Gaza demonstrations were "not peaceful resistance" and Hamas's efforts at the border are "bolstered by a military force and by security agencies."