Threats to Apostates "Most Severe" in Muslim Countries and Beyond 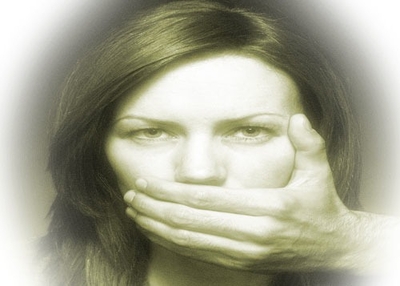 It was the traditional Milad un Nabi, when Muslims commemorate the birthday of the Prophet Mohammed, and the imam in a small Punjab village had a question.

"Who here does not love the Prophet Mohammed?" he asked. Mishearing the cleric, 15-year-old Anwar Ali raised his hand.

A shout went up from the crowd, which had gathered to celebrate their prophet with songs, poems, and the reading of sacred texts. "Blasphemer!" the imam declared, and pronounced that the boy should be put to death.

Instead, Ali rushed home and cut his own hand off with a scythe. He returned later to present the imam, Shamir Ahmed, with the hand placed on a plate – a sign of his repentance. "What I did was in love for prophet Muhammad," he reportedly said as his father expressed pride in his son's actions. While police later arrested Ahmed for "inciting violence," Ali was heralded throughout the community as a hero.

In fact, Anwar Ali was one of the lucky ones. Others accused of blasphemy have been sentenced to lashings, beheading, or both. And it isn't always by the government: in 2014, a Christian couple, accused of burning verses from the Quran, was set on fire and thrown into a brick kiln by a mob of more than 1,000 people. The wife, just 24, was four months pregnant.

Five of the couple's alleged killers have been sentenced to death. But more than 100 others have been acquitted.

Such is the state of religious law in much of the world, according to the International Humanist and Ethical Union (IHEU)'s 2017 "Freedom of Thought" report. A thorough analysis of the rights to freedom of thought, expression, and religion worldwide, the report examines the rights and abuses of humanists, atheists, agnostics, apostates, and those practicing minority religions. Perpetrators named in the report are not only governments, but members of the general population, such as the university students who beat Mashal Khan to death after he described himself on Facebook as "the humanist"; the machete-wielding mobs who attacked and killed several humanist writers in Bangladesh; and the slaughterers of blogger and human rights activist Yameen Rasheed, who was stabbed 36 times in his home in that popular honeymoon destination, the Maldives.

In all, the report identifies 30 countries as "most severe" with "grave violations," in which "'apostasy' or conversion from a specific religion is outlawed and punishable by death" and "religious instruction in a significant number of schools is of a coercive fundamentalist or extremist variety." In addition, they classify 55 others at the second level of severity, marked by "religious control over family law or legislation on moral matters," where "'blasphemy' is outlawed or criticism of religion is restricted and punishable with a prison sentence." Such criteria includes some surprising culprits, including Germany, Greece, and Denmark.

Notably, however, the report points out that the countries identified as having the "most severe" conditions also show "a high prevalence of human rights abuses across various other sectors of society as well." Further, the list "is predominated by Islamic states, or countries with mainly Muslim populations, or with highly Islamized regions within multi-religious nations ... The result of all this – just as many conservative and extremist followers of Islam would probably agree and desire it! – is that it is Islamic states, and Islamic populations, which pose the most prevalent and often the most serious threat to the non-religious people in their societies today."

Such threats are not limited to the Muslim world, however, as the 2015 killings of the Charlie Hebdo editors made clear. Non-Muslims perceived to have attacked Islam as well as Muslim apostates in the West such as Wafa Sultan, Ibn Warraq, Ayaan Hirsi Ali, and Salman Rushdie, live under constant threat. For this reason, in 2015 British-Iranian former Muslim Maryam Namazie began the hashtag #exmuslimbecause to lend support to those living with the fear of reprisal for exercising their freedom of belief. The hashtag eventually morphed into an independent Twitter account, which now boasts more than 8,000 followers.

Others have quietly formed secret organizations, such as the Dutch Facebook groups "Ex-Muslims in The Netherlands" and "Moroccans Without Religion." According to the Dutch newspaper Trouw, membership in these groups is by invitation only, and most of the members remain anonymous. Many have hidden their viewpoints even from their own families. "Ex-Muslims in the Netherlands" members exchange emotional support, but also recommend books to one another – including titles by Richard Dawkins and Charles Darwin, Trouw reports.

Whatever the risks within their own communities, however, such things are far easier and safer to organize in the West than in the Islamic world, where the threat comes not just from family and community, but often also from the state. In Iran, Iraq, Qatar, the Maldives, Saudi Arabia, and the UAE, for instance, apostasy – either leaving Islam for another religion or declaring oneself unreligious – is punishable by death. Even advocating secularism is illegal in these and many other countries, the Freedom of Thought report points out.

(A series of brief excerpts from the "Freedom of Thought" report available here demonstrates the force of those perils.)

Even so, Western attitudes toward free thought may be gradually worsening. German laws against insulting religion, while perhaps understandable given Germany's Nazi past, nonetheless violate democratic, post-Enlightenment ideals by imposing prison sentences on those who merely express an opinion. In the Netherlands, anti-Islam Parliament member Geert Wilders was prosecuted for a 2014 campaign speech in which he promised "fewer Moroccans" in the Netherlands. In finding him guilty, the court called his words "demeaning and thereby insulting towards the Moroccan population."

Similarly, in the wake of the Charlie Hebdo attack and previous attempts on the lives of Mohammed cartoonists Kurt Westergaard and Lars Vilks, many international activists – including UN Secretary General Ban Ki-Moon – have countered calls for repealing old blasphemy laws with cries to strengthen them, instead arguing that the cartoonists and others who "provoke" Muslims by "insulting" them are only asking for trouble.

But humanists and secularists adamantly oppose such moves. They signal a "pattern of regression on a global scale," warns IHEU spokesman Bob Churchill, in the Freedom of Thought report's introduction. Similarly, in an introduction to The Fall And Rise of Blasphemy Law, former Jyllands-Post editor Flemming Rose, who published the Danish Mohammed cartoons, describes the idea of strengthening blasphemy laws as "nonsense" that indicates "a frightening lack of understanding of the basic principles of a free society."

Tragically, however, that "nonsense" has resulted in immense suffering in the form of torture, "honor" crimes, imprisonment, and death – not just in the Muslim world, but also in the West. Hence if we are going to keep that free society, we will have to do more than understand its "basic principles." We will need to protect, with all our laws, ideals, and voices, the freedoms that we cherish from those who blaspheme against them.