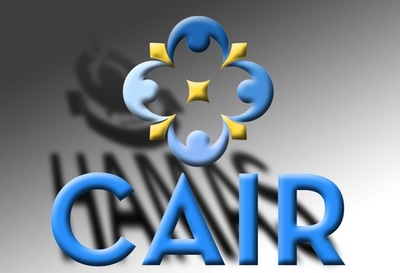 A federal judge partially granted a motion Monday by San Diego's Unified School District (SDUSD) to strike references to the Council on American Islamic Relations' (CAIR) ties to Hamas from a lawsuit seeking to block the school system from working with CAIR.

Mentioning CAIR's Hamas ties in the litigation was "impertinent, immaterial and scandalous," school district officials claimed in December. Including references to CAIR's Hamas connection and the fact some of its officials had been convicted on terrorism charges is intended to "inflame the public."

Court evidence from a terror-financing trial show that CAIR was formed by Muslim Brotherhood officials to serve a Hamas-support network operating in the United States during the 1990s. The FBI cut off non-investigative contact with CAIR in 2008, explaining that, "until we can resolve whether there continues to be a connection between CAIR or its executives and HAMAS, the FBI does not view CAIR as an appropriate liaison partner."

This is relevant because CAIR has made "prioritized public schools as ground zero to advance its religious mission," the FCDF argued, saying it matters because the school district gave "a divisive religious group ... unprecedented decision-making authority" in a public school program.

"Given the lack of pertinences or materiality to this case, their inclusion ... is likely intended to 'besmirch' Defendants and cast them in a derogatory light based on SDUSD's relationship with CAIR," wrote U.S. District Judge Cynthia Bashant.

CAIR's relationship with Hamas, "whether true or not," predates its work with the school district and is "superfluous historical allegations that should be stricken," she ruled.

The judge preserved provisions in FCDF's amended complaint relating to CAIR's hostility to Israel and allegations it "promotes discriminatory bias against non-Muslim students on the basis of their religion." While they may be "distasteful" and "unsavory," those provisions could call into question the "objectivity and accuracy" of CAIR-provided instructional materials.