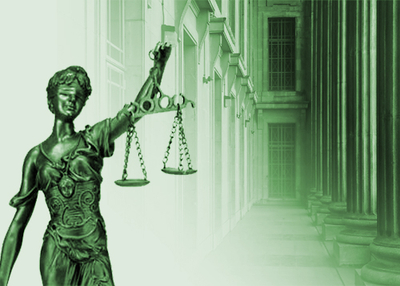 Zarqawi's organization, a precursor to ISIS, was known as "al-Qaida in Iraq." During the time the Americans were killed, Assad's regime supported the group "by, among other things, providing them safe haven, weaponry, financial support, and even allowing them to open headquarters within Syria," the court ruled last month.

This happened between 2002-06, preceding the Syrian civil war which saw ISIS take over huge sections of Syria and Iraq and become a global terrorist threat.

The State Department designated AQI as a Foreign Terrorist Organization in 2004. AQI was responsible for attacks targeting security forces, government institutions, and Iraqi civilians. The terrorist group also helped deepen sectarian strife in Iraq by attacking Iraqi Shi'ites and their places of worship.

Three Americans—Laurence Michael Foley, Sr., Keith Matthew Maupin and Kristian Menchacha— were killed in separate attacks by members of the Zarqawi-led terror group in Iraq and Jordan. In April 2011, the victims' families filed a lawsuit against the Syrian Arab Republic, its President Bashar al-Assad, the Syrian military intelligence and its former head, Assif Shawkat, who was killed in a 2012 suicide attack in Damascus. Expert testimony and evidence showed the Syrian government's complicity in helping terrorist groups like Zarqawi's by allowing them "to freely move through Syria and into neighboring countries, such as Iraq and Jordan, for the express purpose of killing Americans."

With blessings from the Assad government, volunteer foreign fighters set up a "special interest section" directly across the street from the American Embassy in downtown Damascus. From there, foreign fighters could hop on to a bus to Baghdad to "wage the jihad" against Americans. As an indication of government knowledge and consent, Syrian border agents even stamped their passports with phrases such as "volunteer for jihad."

Other testimony showed that Syria served as "leading node for AQI" and "several of Zarqawi's key deputies and supporters based their operations out of the state." For example, Sulayman Khalid Darwish, a "close associate of Zarqawi" and a "member of the Advisory (Shura) Council of the Zarqawi organization," raised money and recruited suicide bomber for AQI in Syria.

Laurence Michael Foley, a senior U.S. embassy official and executive officer of USAID, was shot dead outside his home in the Jordanian capital, Amman. Evidence introduced at a hearing showed Zarqawi met with Foley's killer in Syria to plan the attack. Zarqawi also provided the weapons and money to carry it out.

Insurgents captured Staff Sgt. Keith Matthew Maupin in April 2004 after his fuel convoy was ambushed. A video aired on Al-Jazeera a few months later showed a U.S. soldier being shot; Maupin's death was confirmed after his remains were found in Iraq in 2008. The court found that Zarqawi's organization was responsible for Maupin's murder. Maupin was also "subjected to psychical torture prior to his death," court records said.

In June 2006, insurgents attacked Pvt. Kristian Menchacha of Houston and two other soldiers in Iraq were attacked with small arms fire. While one of the soldiers was killed in the crossfire, Menchacha and another soldier were captured by their attackers. An autopsy report determined that Menchacha was beaten to death and "had his tongue cut out and his right eye removed with a sharp instrument."

Kollar-Kotelly declared a default judgment against the defendants, citing their failure to adequately defend their case, but noted that "[p]laintiffs have established their claims by evidence satisfactory to the court," thereby satisfying the requirement of the Foreign Sovereign Immunities Act. She appointed a special master to determine the damages owed to the surviving families.