Steve Emerson on BBC Radio Discussing the Attack in Westminster 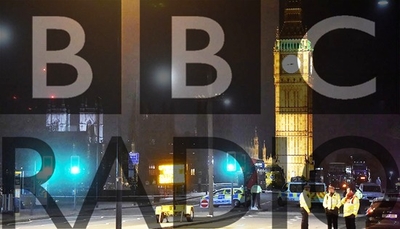 Host: Right then. Let's get to Steven Emerson, who's the executive director of the Investigative Project on Terrorism, talking to us out of the United States this evening. How are you, Steven?

Host: Thank you for your time and tell us, first of all, how you've reacted to the events in Westminster.

Emerson: Well, I have no more information than British police and Scotland Yard have released to your public. But there are obviously major patterns of similarity between these quote, ISIS-inspired attacks, here in the United States versus those occurring in Britain, Belgium and in Paris. The only difference today was that this person was just one person with one car able to basically almost insert himself inside the, from Westminster Bridge, inside the Parliament. He didn't get that far, but can you imagine what would have happened had there been an army of self-styled ISIS soldiers of maybe 30 to 40 storming the Parliament?

I just think about that when I think about what happened last week with one intruder who got 15 minutes into the White House lawn. He wasn't a terrorist at all but considering the fact that these major icons of Western society – the Westminster Bridge, the Parliament, the U.S. White House, the icons in Paris, the Brussels airport, the underground – it shows that the terrorists know exactly the underbelly and the vulnerability of Western institutions and how to cause mass casualties and, at the same time, cause as much fear and panic as possible with as little investment as possible.

One thing that is very different, last point, the way the United States has reacted in previous years under the Obama administration, from the killing in Ft. Hood that killed I think about 14 people in 2009 to even the attack at the Pulse nightclub in Orlando, FL, was that the U.S. government did not label them Islamic terrorism for at least 5 or 6 days. The British government, to its credit, same thing with the French government and the German government, after each of the attacks in the last 2 or 3 years, quickly within three or four hours, were able and willing to label it Islamist terrorism. That's what should be done.

Host: Steven, thank you for talking to us. Let me just clarify a point there, that the Prime Minister did refer to the attacker as a terrorist but the Prime Minister has not made any reference to Islamic terror in her speech. Mark Rowley did, the acting deputy commissioner of the Met police, and he said that overseas Islamic fundamentalism is forming the basis of their investigation. I just wanted to clarify those comments for you.