Note: This article originally was published at The Diplomat website. 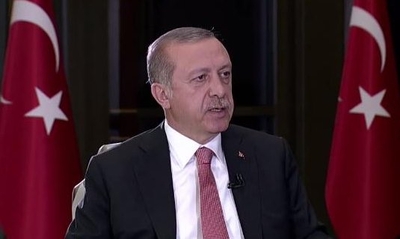 Turkish President Recep Tayyip Erdogan's oppressive response to July's failed coup attempt – in which he sacked thousands of government officials and journalists in a sweeping purge – threatens to drive the nominally secular Turkish state further down the path of Islamist totalitarianism. To observers of international affairs, the path is reminiscent of the one traversed almost 40 years ago by another key U.S. ally and strategic partner in the war against terror: Pakistan.

Striking similarities are revealing themselves between the growing authoritarian behavior – bordering on paranoia – of Erdogan and Pakistan's military dictator General Zia-ul-Haq, who ruled the country for 11 years, from his declaration of martial law in 1977 to his death in 1988.

Zia turned Pakistan into a hub for political Islam. Turkey today has become a regional center for the Muslim Brotherhood and Hamas. Similar to how Zia's Islamization program set the stage for Pakistan's current atmosphere of jihad, Ankara's "good terrorist, bad terrorist" double game now haunts Turkey as jihadists have killed more than 250 people in the past year. Erdogan continues to push for enhanced power under an executive presidency; under Zia's rule, Pakistan passed its historic eighth amendment that changed the country from a parliamentary democracy to a more presidential system of government with greater authority vested in the executive.

Still, one critical difference separates the two countries. Voters democratically elected Erdogan as president and former prime minister of Turkey, while Zia assumed power in Pakistan after he overthrew the legitimate government of Zulfikar Ali Bhutto and imposed martial law following a bloodless coup in 1977.

Turkey's constitutionally-mandated secular system, established in 1924 by the republic's founding president, Mustafa Kemal Ataturk, faces an increasing threat from the Erdogan-led Justice and Development Party (AKP). The AKP intends to replace country's existing governance with an Islamist authority that demands adherence to strict religious tenets in the public sphere.

The 2015 election campaign witnessed an uptick in religious symbolism and rhetoric that included Erdogan brandishing a copy of the Quran at a rally to attract votes from the country's minority Kurdish population. The government earlier removed a decades-old ban on women wearing headscarves in state institutions, schools, and universities, which pits Turkey's formerly powerful secular elite against more religiously observant Turks. The AKP's rule has also seen an increase in religious schools called imam hatip, meaning one who delivers the Friday sermon. Islamic banking has also gained ground, with experts foreseeing the country as a future "interest-free financial hub."

This process looks familiar to Pakistani observers. As part of Zia's Islamization efforts in Pakistan, state-sponsored religious schools known as madrassas grew exponentially, in large part fueled by a U.S.-backed policy in the 1980s to mobilize mujahideen (holy warriors) fighting Soviet forces in Afghanistan. Zia co-opted the Islamist Jamaat-e-Islami into the judiciary, the civil service, and other state institutions. Moreover, Zia invited Maulana Abu Ala Maududi, the founder and spiritual leader of the Jamaat-e-Islami, "to help him shape policies to help make Pakistan a "true Islamic country" run on "'Nizam-e-Mustafa,' ['Establishment of Mustafa's (Muhammad) Law']," writes Nadeem Paracha in the Pakistani newspaper Dawn.

Zia also made zakat (alms giving) mandatory and sought to abolish interest on all bank accounts. His government instituted the Hudood and Zina Ordinances that supported punishments such as amputation and stoning, as well as treating women as unequal to men.

In 2014, Erdogan invited exiled leaders of the Egyptian Muslim Brotherhood into Turkey and allowed Hamas leaders to set up their international headquarters in Istanbul. During the AKP's tenure, Turkey also hosted several conferences in support of the Muslim Brotherhood and its Palestinian offshoot, Hamas. An August 2015 Brotherhood conference hosted in Istanbul denounced Egyptian President Fattah El-Sisi's government as "illegitimate" and condemned death sentences against Egyptian Brotherhood members, including former President Mohamed Morsi.

Zia, like Erdogan, played an pivotal role in "turning Pakistan into a global center for political Islam" and advocated global Islamic issues from his presidential pulpit, writes Husain Haqqani in Pakistan: Between Mosque and Military. As secretary general of the Organization of Islamic Cooperation (OIC), Zia represented committees that dealt with issues such as the status of Jerusalem and resolution of the Iran-Iraq War. The Pakistani general pressed for the readmission of Egypt to the OIC at the organization's 1984 summit in Casablanca.

Erdogan fallaciously distinguishes "good" from "bad" terrorists. His opposition to Syrian dictator Bashar al-Assad prompted him to let Turkey's border serve as a "jihadist highway" for foreign fighters to cross into Syria to join forces with the Islamic State. That slowed in August 2015, when Turkey joined the U.S.-led coalition strikes against the Islamic State. In addition to providing refuge to exiled leaders of the Egyptian Muslim Brotherhood, Ankara also offered shelter to members of the Egyptian Islamic Group, or Gama'a al-Islamiyya (IG), a jihadist organization that plotted attacks against Western tourists in Egypt. Reports indicate that the AKP government supported the formerly al-Qaeda-connected Jabhat al-Nusra terrorist group – which has recently changed its name to Jabhat Fateh al-Sham – until the United States pressured it to stop in June 2014.

Turkey's lax Syrian border policy returned to haunt it. Ankara's decision in 2015 to allow U.S. aircraft to launch strikes from the Incirlik airbase against ISIS targets in Syria and Iraq led to a spate of retribution attacks. The breakdown of a two-year ceasefire with the Kurdish Workers Party (PKK) has further increased terror strikes by Kurdish separatists.

Islamabad also differentiates between "good" and "bad" terrorists as politically expedient to further its goals in the region. U.S.-backed support for mujahideen (holy warriors) battling Soviet forces in Afghanistan under Zia in the 1980s contributed in large part to turning Pakistan into an epicenter of terror. "Zia insisted that Islamabad would decide who in Afghanistan received American aid, and the arbiters of this policy ultimately became Pakistan's spy agency, the Directorate for Inter-Services Intelligence (ISI), and the Pakistani Islamist party Jamaat-e-Islami, which supported Zia's dictatorship," a report by the Institute for the Study of War found.

Furthermore ,the Pakistani intelligence service's historic alliance with Kashmiri jihadi groups to engage in a proxy war with India, such as Lakshar-e-Taiba (LeT) and Jaish-e-Mohammad (JeM), remains a key impediment to peace in the subcontinent. Further, Pakistan's attempts to gain "strategic depth" in Afghanistan and deny India influence in the region has led it to support the Afghan Taliban and the Haqqani Network, notes Bill Roggio in recent testimony before the House Committee on Foreign Affairs.

Turkey and Pakistan remain strategically important allies of the United States and critical to its regional security interests. Yet Pakistan's Islamization, combined with its support of jihadists, turned the country into a near-failed state and among the world's most dangerous nations.

Turkey could learn from Pakistan's experience. However, Erdogan's recent endeavors to stifle dissent by purging his military and academia, as well as shuttering news outlets, further transforms Turkey into an authoritarian one-party state and suggests that he prefers to follow in the footsteps of Pakistan. This analysis is confirmed by Hillel Fradkin, a top Middle East policy expert at the Hudson Institute.

"I do not think that Erdogan will learn from Pakistan's mistakes," Fradkin said. "He hardly seems to learn from his own. Domestically, he seems never to forget past objectives of his will and if temporarily stymied will return to them when conditions seem to him ready."

Abha Shankar is the Senior Research Fellow with the Washington, D.C.-based Investigative Project on Terrorism.