A final footnote on Gadhafi 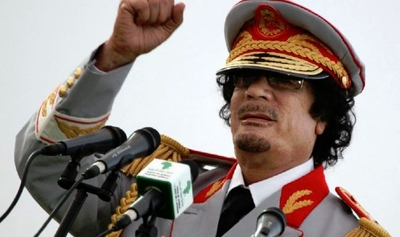 The report from the House Benghazi Committee discloses a previously unknown but incredibly instructive footnote to the story of the Obama administration's disastrous foreign policy toward Libya's Moammar Gadhafi.

It was Gadhafi loyalists who rescued the Americans who bravely fought for their lives through the night of Sept. 11, 2012 against the Islamist onslaught on the Benghazi Mission compound.

The Salafi-jihadist Muslim Brotherhood-inspired groups — whom the U.S. trained, equipped and supported in overthrowing and assassinating Gadhafi — actively participated in the assault and murdered Ambassador Chris Stevens and three other Americans.

Why did former Gadhafi elements, who disappeared underground for fear of assassination after he fell, assist the same government that had betrayed them only months earlier?

Like their former boss, they understood the need to defeat the common Islamist enemy of the U.S. and Libya. Gadhafi warned me of the true threat to global stability when I met with him on three occasions during the 2000s.

The history of Libya is clear. Over the course of 40 years, it became isolated from much of the West. U.S. policy — through successive Republican and Democratic administrations — diminished it to pariah status over its state sponsorship of terror.

Those who ran the country were ruthless enforcers serving an autocrat who committed atrocities against Libyans during his reign, yet they kept a choke collar on jihadists committed to more sinister plans.

Between 2003 and 2004 Gadhafi approached the West to rehabilitate his country on the world stage. He would pay reparations to the victims of his heinous attacks, relinquish his nuclear and chemical weapons programs and become a partner in the fight against radical Islam. That was the deal, and he honored it.

In early 2011 President Obama and Secretary of State Hillary Clinton, for disproven reasons, decided to remove Gadhafi from power. They sought to legitimize their idealistic enthusiasm for deposing his government by engaging members of NATO.

It wasn't a contest.

By the end of the year, NATO overthrew his regime and Gadhafi was dead. In the aftermath, Libya quickly deteriorated into an Islamist sewer that continues exporting weapons, fighters and ideology throughout the Middle East and Africa to this day.

Libya stood as a source of stability in volatile northern Africa in 2011. The administration turned it into a failed state that exposed southern Europe to refugees and terrorist elements, all of which Gadhafi had warned about.

The U.S. then continued contracting for security with the same henchmen that it armed during the uprising to its peril.

The forces that rescued Americans on Sept. 11, 2012 were not the U.S. military. They were not the militias that overthrew Gadhafi. They were Gadhafi devotees who were loyal to him and to the U.S. government with whom their leader reached a "deal."

Where was the American manpower? Indecision and concerns over appearances among politically correct officials in Washington left them rudderless. Rapid deployment personnel didn't move for 13 hours. It should have been an inexcusable embarrassment for the administration, if it was possible for it to experience any sense of shame.

Who arrived on the scene when America needed help? The very people whom it betrayed only months earlier.

Americans owe a debt of gratitude to those Gadhafi faithful who rescued them.

Even though the administration threw them and their leader under the bus, when presented with the opportunity to save or leave it with dozens of dead patriots, they saved them.

Too bad America didn't possess the same foresight when it was provided the choice a year prior between Gadhafi and his Islamist enemies.

The U.S. must remember — as the Gadhafi loyalists have and Turkey, Saudi Arabia and Bangladesh are now realizing — that it cannot get into bed with groups affiliated with the jihadist movement.

The administration needs to slam the doors of Washington shut to the Muslim Brotherhood, its global affiliates and most importantly, its front organizations within the U.S.

As the House Select Committee on Benghazi memorializes in its report, at least Gadhafi's men upheld their end of the agreement by continuing to recognize and combat the Muslim Brotherhood threat.

Pete Hoekstra is the Shillman Senior Fellow at the Investigative Project on Terrorism and the former Chairman of the U.S. House Intelligence Committee. He is the author of "Architects of Disaster: The Destruction of Libya."

This is yet another stinging indictment of the Demcratic presumptive Presidency candidate, our very own Hillary Clinton. With her as Commander-in-Chief of the USA, the world will have a distinct problem when it comes to her ability to make snap decisions :she will be a disaster.On the other side of the aisle, Donald Trump would probably order a nuclear response! The world is stuck between a rock and a hard place with the coming US administration. It will be a continuation with"bell's on" of the Obama disaster years.

With Europe in the throes of a Brexit disaster which will take time to resolve, we have a Western mess the like of which has not been seen before.

Just think of the world as it should have been, without destroying Iraq because of non exisitant WMD's. Life would be without Islam and it's murderous agenda. Gadhafi was a "pleasure" to leave alone as was Saddam Hussien! The dangers facing the West for the next four years are to awful to contemplate.

Before so called "Arab Spring", Christians had no major problem in Egypt, Iraq, Syria, Lebanon or Libya. I know that for the fact because many Christians were working there and living there. First mistake; Bush getting rid of Sadam, second mistake was Hussein Obama getting rid of Mubarak, Gadhafi and trying to get rid of Asad in Syria. What did the west get? Total disaster and hundred of thousands Christians and Jews being killed. Somebody must be laughing at the stupidity of the western politics.

Thank you Mr Hoekstra! We don't need to concern ourselves with apologies or a sense of guilt or shame from BHO, Susan Rice or HRC. They are narcicistic without a heart or soul. However you have illuminated for the public one more hidden aspect of this morass played out by slime. Benghazi4CryOut4Justice

Comments on the overthrow of Gahdafi

This was a very informative article. I have taught terrorism for several years and I cite Libya and our missteps there as a precursor for the advance of IS and other racial elements. Also we apparently shipped a lot of Libyan weapons to Syria which, to a large degree, fell into the hands of IS and the al Nusra Front. All around, very disappointing result for the US and NATO and most Westerners are unaware of the consequences of such folly.

Thanks Pete so much for sharing. This is very insightful and well said.