Administration Will Leave Behind Nasty War for Successor 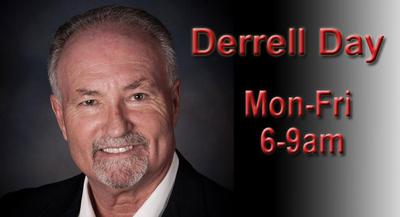 Derrell Day: Alright, we needn't look very far to our friends over in Europe, throughout Europe, with they're being just being deluged by refugees/hidden terrorists, as they encroach upon Europe, the same thing happening at our southern border. We can't even say the word 'radical terrorist,' 'Islamist terrorist.' Recently the French president was visiting the White House and uttered those words. They were censored, stricken from the audio record. You can't even say 'Islamist terrorists' in the White House, and we expect to fight this war against them. They are not a JV team; they are on the march. My next guest, former Congressman Pete Hoekstra was also head of the House Intelligence Committee. Pete, how are you doing this morning?

Day: Good morning. Good to have you again with us. Pete, we're not going to win this war if we can't even say the word.

Hoekstra: Oh, that's exactly right. The good news is in roughly, what, nine months, we'll have a new president, we'll have a new administration, and maybe we will be able to actually identify you know the enemy. And you know we kind of joke about that –

Day: It's the truth.

Hoekstra: – but for seven years now, seven years and three months, this president has denied this threat, terrorism was manmade disasters, and those types of things. You know I have staunchly been opposed to closing Gitmo, I have been staunchly opposed to bringing –

Hoekstra: Yeah, I was going to go there, because I've been staunchly opposed to bringing those folks in Gitmo to the mainland. But I may be changing my position, because never did I believe that we would have a president who just because you know he can't put those prisoners in the United States, that he'd actually release those folks back into the fight.

Hoekstra: I mean sending two of these, one of them a bomb maker, sending to Senegal –

Hoekstra: – and believing that they're not going to end up back in the fight, targeting either Americans or targeting our friends in the Middle East or in Europe. I mean this is crazy.

Day: And when some poor private from Kansas that loses his legs in a city he can't pronounce, John Kerry will say – well, he's not supposed to do that – that's what you'll hear from our secretary of state.

Hoekstra: Well that's right, and we had a, and actually sometimes they'll say – well you know we've got assurances that these people aren't going to back into the fight, but the two most recently released have been identified as high risk –

Day: The Department of Defense –

Hoekstra: – by the Pentagon.

Day: Right, says – look, their risk of going back to the fight is off the charts.

Hoekstra: Yeah. And so you know where we are with this administration we will have wasted eight years, eight years where radical jihadists have been able to establish, look at the track record, they will have established two caliphates, one in Syria and Iraq, the other in Northern Africa and Libya. They will continue to control, and you know we keep talking about rolling back ISIS in Iraq –

Hoekstra: – and we're killing people and, what's that?

Day: Or containing them.

Hoekstra: Or containing them, and it's kind of like – wait a minute, this is a terrorist organization that continues to control the second largest city in Iraq –

Hoekstra: – Mosul, with over one-million residents. And you know terrorist organizations typically don't control geography, and here they do. They have increased since 2011/2012 the number of fatalities per year as a result of radical jihadism has grown from roughly 3,000, 3,500 per year to close to 28,000 per year.

Day: Pete, they're printing their own currency.

Day: This is not a rag, they're driving our Humvees, they're manning our armored personnel carriers. I mean they are, let me tell you something, I can understand incompetence at this administration, but this is beyond incompetence. And it's not like we will have lost eight years; it's like having, losing eight years of a fire that's burning and getting bigger every day. You know we're eight years behind.

Hoekstra: – and you've got you know I think three of the former presidents, or three of the former secretaries of defense for this president all coming out and saying they strongly disagreed with this president about pulling out of Iraq, about you know going into Libya, and a number of the strategies that he's made. But the amazing thing to me on this is that none of them quit, you know none of them offered their resignation as this president, as this commander-in-chief was doing things that now they say – well you know we didn't agree with those policies, we fought those policies. And it's kind of like – well if you really thought these policies were bad for America, you really had an, you really have an obligation to quit your job and to let the American people know that we're going in the wrong direction, not to wait two, three more years later and then come back and say – well, yeah, those things didn't turn out that well and you know we told the president that we didn't agree with these strategies.

Day: Right. Yeah, and I don't understand why they weren't more vocal either, and understanding also that it was career threatening, but if you have committed your life to protecting the United States of America, preserving and defending the Constitution, at some point, a military commander or not, you kind of have to say something.

Hoekstra: And it's actually – no, Mr. President, what you've done is you've set the table for a very, very nasty war with an empowered enemy, and you could have wiped them off the table, but you decided not to.

Day: It would be like having Nazi Germany unfettered, giving them an additional eight years to Blitzkrieg across Europe, and then some president, whoever the president, would be able say later on – well, you know I kept us out of that World War II for a long, long time – leaving another generation to fight a much stronger enemy, much more [crosstalk over word].

Hoekstra: [Crosstalk over word.] You know you never want, we never wanted, remember when we started this after 9/11, and it started much before that, but when we got serious about this, the strategy was always to contain them and defeat them, but to make sure that we never provided them with a safe haven where they could plan and prepare, and that wherever they could be, you know and maybe –

Hoekstra: – have some semblance of safety, would be in some far corner of Pakistan, Afghanistan –

Hoekstra: – the border region there, but never to give them a safe haven a couple of hundred miles away from Europe, never to give them the possibility of you know millions of refugees, that they could send with their radical jihadists moving into Europe, and those types of things; unbelievable where we are today.

Day: Now the work you're doing at the Investigative Project on Terrorism, push us forward 18 to 24 months. What do you see coming at us?

Day: Now a lot can hinge on who the president is, but –

Hoekstra: Yeah, well I mean number one – we're not going to see any change in the next eight, nine months. So that takes the first eight months out of your 18 months.

Day: The Saudis are already feeling a crunch in their oil sales, and I believe it's going to be the golden, the brass ring, to be plucked from the carousel. I think the terrorists want to establish Saudi Arabia as a base.

Day: And I'm not so sure some parts of Saudi Arabia may not welcome them.

Hoekstra: – working with the communities that are there.

Hoekstra: And then the –

Day: And many of the countries of Europe are just simply opening the gates for them. Now just recently they're beginning to say this may not be as good an idea or as humanitarian as we thought.

Hoekstra: Yeah, actually their governments are not.

Hoekstra: The populace is. The populace is revolting against the policies of their leaders, because they're looking at it and saying – you're changing our countries and you're putting our people at great risk. And then the fourth thing that they're going to do is they're going to, from our perspective, is they're going to try to establish a more significant foothold in parts of Asia. There are countries there that have significant Muslim populations and they will try to exploit those opportunities. And the United States right now will continue to be a target of opportunity. It's still, we still have great law enforcement, we've got very good intelligence, we've been very good at stopping these attacks against the United States, but you know they're going, the radical jihadists will continue moving in these other areas. And as they are successful there, they will see that they will have an opportunity in the long run to extend their reach to North America, into Canada and into the United States. You know all of these people going into Europe, in 10 years many of these people are going to have, you know they're going to have residency in Europe, which means that they will have visa [crosstalk over word] –

Hoekstra: – access and access into the United States. That's something we've really got to be worried about.

Day: Right. Now the, you write that it's a, you know the threat is not just to Western civilization, but more specifically Judeo-Christian civilization. I mean this really is a holy war. I mean a lot of people don't like to say that, but it really truly is. It's forming up to be another Muslim-Christian war.

Hoekstra: That's what they would like it to be.

Day: Yeah, and I think it's going to, the last one was about a 75-year war, and this one you know it's not going to be over any time soon. You have to go all the way back to the Achille Lauro incident –

Day: – to begin to see where we really, it began to raise its head again. When was that, in the '70s?

Day: '77 somewhere? And no, it's not a new thing and it's not going to go away tomorrow. And I don't know, my concern is that we don't have enough peaceful Muslim coalitions put together from Arab countries or countries around the world, that are really on the ground fighting the fight, because it's always, it seems like it's left up to us. Russia, when they come in and fight, they're simply there for their own self-interests. And I just don't, I don't know who's going to fight them.

Hoekstra: Well but remember this, when I was on the Intel Committee, I visited and met with the leaders and the intelligence of the military of every country across Northern Africa – Morocco, Algeria, Tunisia, Libya, Egypt; we had rock solid relationships with each one of those countries. Each one of those countries was committed to defeating radical jihadists and they were willing to partner with the United States.

Hoekstra: And what did we do?

Hoekstra: We got rid of Mubarak, we got rid of Gadhafi; Tunisia is still kind of on the brink, you know right now they're doing OK, but it's going to be tough. But you know two of those major countries – Libya and Mubarak, we decided to get rid of their leaders, who were partnering with the U.S., and we made some of this mess.

Day: Right. Well Pete, thank you so much. We're just short on time this morning. But as always, it's a pleasure to –

Hoekstra: Always good to be with you. Thank you.