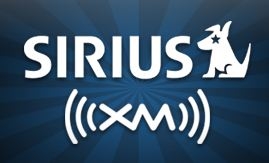 Tim Farley: This week we see a get-together of world leaders, and it is about nuclear proliferation. It's also about containing the threat of nuclear weaponry. But they're also talking about terror. It's a great time to have an update on where we are in this fight against the Islamic State. Joining us is former Congressman Pete Hoekstra, former Chairman of the House Intelligence Committee, a Shillman Senior Fellow at the Investigative Project on Terrorism. He tweets @petehoekstra, I'll spell it for you in a little bit. Congressman, welcome back. Thanks for being here.

Pete Hoekstra: OK, thank you. Good to be with you, Tim.

Farley: I am getting mixed signals. I am looking at a couple of different things. One is a report, and I think that you were very much a part of this, which is that terrorist attacks have been increasing since 9/11; 30,000 people have been killed by terrorists since 2010; and according to a study that came out that says that the exponential increase shows troubling trends – more attacks are happening; they tend to be deadlier than ever. That's one side. The other side I hear is the Secretary of Defense Ash Carter, saying – we're broadening the weight and nature of our attacks on ISIL in both in Syria and Iraq; we're seeing important steps to shape what will become crucial battles in the months to come, that there is progress, is the underlying I guess message there. So maybe you can make some sense of this. Where is the U.S., where is the globe in the fight against the Islamic State right now?

Hoekstra: I think the initial there is more accurate. You know what we did at the Investigative Project on Terrorism, we went and looked at a number of different databases that tracked terrorist attacks on a global basis, places like the University of Maryland and other reputable organizations, and looked at their statistics and started compiling them. In 2001 to 2006 we had about roughly 2,500 people dying per year as a result of terrorist attacks. From 2007 to around to 2011 that number grew to about 3,300. But by 2014 and 2015 that number had grown to 28,000, 28,000 to 30,000 people per year. And so that's not our, you know our analysis; it's our analysis of the data that is collected by a number of independent, reputable organizations. Root causes – ISIS has been able to establish, you know, secure areas. I mean that's pretty unprecedented, that terrorist organizations actually, you know, in Syria and Iraq control an area roughly the size of Great Britain. They also have what they call a caliphate in Northern Africa centered in Libya. And they use these as bases to what we think they're going to do, is destabilize the Middle East, expand their reach and their deadliness into Africa, use Libya and Syria and Iraq to launch more attacks into Europe, and also start hitting soft targets in Asia and in that region. So you know our analysis shows that it's a pretty ugly situation right now.

Farley: The State Department, I believe it was John Kerry, had said this, and I'm sort of paraphrasing, so if I don't say it right, it's my fault. But the idea is that the caliphate actually is crumbling to a certain extent, and that is one of the reasons why we heard reports that the Islamic State was trying to send some 400 fighters to attack western Europe, that is that they need to attack outside the caliphate, because that is a place where they do not have great strength. You are saying that they do have great strength. So what do you point to, to support your argument?

Hoekstra: Well actually just in the last couple of days The New York Times, someone that I would say has not necessarily been out at the forefront in identifying the threat from radical jihadists, did a fairly extensive expose, a long article on their analysis of ISIS, and it pretty much mirrors exactly the work that we've been doing at the Investigative Project, except we've been saying it for the last couple of years, that ISIS has a real focus on attacking Europe. The New York Times has said that they've had, you know confirms the same thing – that ISIS has been looking at attacking Europe for the last couple of years. And the European leadership has basically ignored it, that they have a lot of sleeper cells. So you know with John Kerry saying you know it's a sign, that it's an indication, or a sign and indication that you know ISIS has been crumbling over the last six months, no, they've had this plan in place for two, you know for at least two years of training people, identifying sleeper cells to go into Europe and to have a range of attacks, what we would call lone wolf attacks, to the larger more coordinated types of attacks that we've seen both in Paris and Brussels. Remember, Tim, no one ever expected that terrorist organizations would actually be controlling and having quasi-governments over an area the kind of size that they do today. They control a city like Mosul, with more than 1 million residents. They should never have had the opportunity to even establish a caliphate or a geographic area. And so sure, we're gaining back some towns and those types of things [crosstalk over few words].

Farley: Well Palmyra is the most recently example of that.

Hoekstra: Yeah, that's right. And you know so we regained a city. But to say that they're crumbling as we have attacks [crosstalk over few words].

Farley: Again, that was my word, I think, that was not his word. But again, the point that he was making was that he believes, or he stated, that the idea is that the caliphate is not the strength that it used to be, and therefore they're having to move out to some of these other attacks. And this is not an indication that they have a great deal of strength within that caliphate, the territory you said that they control.

Hoekstra: Right. Yeah. And you know, hey, the statistics will speak for themselves. So we are predicting that 2016/2017, because we don't see any major change in tactics by the Europeans or by the United States in our approach to dealing with this threat from radical jihadism, we expect that 2016 and 2017 will be at least as deadly as 2015, if not more.

Farley: Now the other part of this too, again, former Congressman Pete Hoekstra is with us, is that the elimination of one of the top commanders of the Islamic State, this was Haji Imam, according to the Secretary of Defense, Ash Carter, was a key part of this. He says – we are systematically eliminating ISIL's cabinet; we believe these actions have been successful and have done damage to ISIL. How would you respond to that?

Hoekstra: I mean I hope he's right. But you know we've seen this with you know back when I was in Congress on the Intel Committee, it seemed like the deadliest job in the world was being the number three person for Al-Qaeda, because it seemed like every three or four weeks you know we would find the number three personnel, [word or words garbled] them with a drone strike or some other mechanism, they would be eliminated. But al-Qaeda, ISIS, and a lot of these terrorist organizations have shown a tremendous resiliency to take, to go back and to fill these positions as people are eliminated. And I'm, sure, those are temporary setbacks, but the question is – are we on a path to really eliminate and contain the threat from ISIS? And we're, you know we've lost a lot of ground in the last four or five years. And I hope that we start developing the strategies that we can all confidently agree that the statistics clearly indicate that we're starting to win this war. And the statistics right now are very, very mixed.

Farley: Alright. Pete Hoekstra, thank you for being with us this morning. Appreciate it as always.

Hoekstra: Always good to be with you. Thanks, Tim. Have a great day.

Farley: That is former Congressman Pete Hoekstra, who is a former Chair of the House Intelligence Committee. He is now a Shillman Senior Fellow at the Investigative Project on Terrorism, and he tweets @petehoekstra, that is at [spells name].