Guest Column: Going Dutch - The Psychometric Tool Against Jihadism in the West 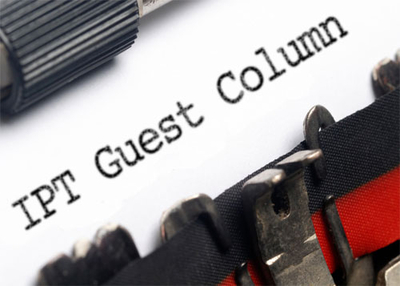 The famed laissez faire liberalism of the Dutch is only matched by their flinty commonsense. Two years after the brutal 2004 murder of filmmaker Theo Van Gogh at the hand of Islamist jihadists in Amsterdam, the Dutch government quietly introduced a form of personality testing for immigrants from certain backgrounds who wished to make the Netherlands their permanent abode. By showing a set of short video clips highlighting the culture of diversity, secularism, free speech, and gender equality to potential migrants from very different cultures and then allowing responsible officers to evaluate reactions of the audience, the Dutch government made a very business-like decision to ensure a proper fit for a person to his/her new home. The government of the Netherlands continues to monitor this new screening tool which went into effect as a pilot project in 2006 and will likely be rolled out on a larger scale in the years ahead.

Immigration, especially of people with high education and in their prime working years, remains vital to the economic prowess and social welfare systems of most developed countries. That said, that necessity is better coupled with wisdom. With tens of thousands of people from the Middle East, Africa, and South Asia moving to the Anglophone countries every year, the United States, Canada, Britain, and Australia do not have the luxury of waiting to institute large scale and focused immigrant testing that small Holland does. While security safeguards have been heightened in all of these desired immigration destinations, the common flaw remains the same across the board in the English speaking democracies: all potential immigrants are treated to the same battery of standardized screening procedures which often evaluate the Christian fleeing victimization in Bangladesh and Pakistan along the same lines as an Islamist engineer wishing to plant the flag of Islam for himself and his children in Canada. Neither the standard questions of the type "have you ever been part of a terror group" nor the routine check of law enforcement agency reports is going to do much diagnostic good in this regard. The Dutch figured this out finally and, instead, decided to tentatively use the science of psychometrics to detect potential trouble before it becomes actual trouble.

Let us be brutally honest about immigration from countries where Muslims are in big majorities. Almost all of these countries have cultures where Salafi Islamism is ascendant, where free speech and gender equality are increasingly dismissed as parts of some Western plot, and anti-Semitism is a staple for the most popular conspiracy theories. Not all immigrants from Pakistan, Bangladesh, Somalia, Malaysia, or the Arab world adhere to such Islamist tendencies. But many, including quite a few professional and educated types, do. And these are the ones that can quickly become the transmitters, organizers, sympathizers, funders, and even purveyors of jihadism in the civilized world (remember Palestinian Islamic Jihad board member Sami Al-Arian and would-be Times Square bomber Faisal Shahzad?). In the age of shadowy ISIS sympathizers in Chicago, jihadist murderers on London streets, and Muslims converts on rampage in Ottawa, it only make sense to quarantine the Islamist virus at the entry point whether it is dormant, passive, or active. The Dutch have shown the path to do so; the rest of the civilized world should improvise.

Psychometrics is not an exact science and no psychological evaluation or personality test is fool proof. On top of such uncertainty, these things cost time and money which are realistic constraints for visa evaluators and Customs agents. Yet, these tools are increasingly sophisticated and used in human resourcing decisions by growing number of major businesses and public entities; at the disposal of well-trained immigration professionals who have the flexibility of discretion and a relatively narrow focus, such psychometric instruments can be vital weapons against potential jihadist terror.

Potential long term immigrants from certain areas should be instructed – even provocatively so – on the fundamental importance of free speech, dissent, apostasy, equality before the law regardless of religion or gender, and basic personal liberties. They should be evaluated on their reactions through well developed and professionally benchmarked tests and such evaluations should be allowed to inform an immigration official's decision to about a residency application. Indeed this kind of approach could lead to the penalization of certain beliefs; but if such beliefs include the rectitude of killing apostates and punishing women for wearing short skirts, should we be shedding too many tears? And even if we were to shed some tears at such scrutiny of those desiring to live in a pluralist society, isn't it better than the shedding of blood that could happen otherwise?

Esam Sohail is an educational research analyst and college lecturer of social sciences. He writes from Kansas, USA

I continue to have issues with this piece, for which there is no evidence to support the very basic premise on which it is built. Yes, the Dutch show films to prospective immigrants. But psychometrics have nothing to do with that -- unless the author of this piece is somehow privy to some highly classified information. And if that is so, it would be good to get some -- however vague -- evidence of that information.

What psychometric nonsense! To think they can run these Jihadis through a psychological program and "de-Jihadiize" them is a self-delusion of major proportion. Again, most secular governments in Europe refuse to consider the religious aspect, (oh, we don't do the "God thing" as they say) and completely miss the point.

The woman and her supporters are dishonest and manipulative persons, you should deport her instead of accomodate this liar and nonsense so that others can respect your American system and values

Pie-in-the-sky ideas gets us deeper into trouble

Esam Sohail is a idealist that hasn't the foggiest idea of the strength of the radical ideology he is dealing with.

The first and second generations of immigrants should be denied citizenship and be on probation. If the family line shows their suitability to this country, then the third generation should have access to citizenship. If these immigrants shows sign of criminality or extremism or if they have large families they should be deported.

The big family low job-creation life style that creates millions of young men without jobs and, hence, massive violence is a big enough threat to civilization when its locus is in the Third World. It has no place in civilized countries. Its use to out breed native westerners and create the basis for sharia should be obvious.

The spectacle of Muslim immigrants who we are much better off without raging against the West is an obscenity and should have evoked enough outrage long ago to force structural changes in our immigration laws.