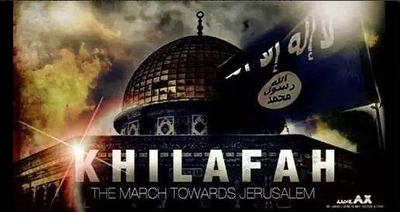 "Before 9/11, there were single-level threat streams coming to the United States. So, pretty serious. Obviously they got in and conducted the attacks on 9/11. Now you have multiple organizations, all Al Qaeda minded, trying to accomplish the same thing," Rogers said on CBS's "Face the Nation."

Much of the Islamic State's ability to compete with al-Qaida for new recruits, in hopes of becoming the world's top terrorist organization, stems from its aggressive propaganda campaign on social media. Its supporters tout their successes on Twitter virtually every day.

Videos and images showing violent acts by Islamic State fighters tell potential recruits that they will be fighting to abolish divisions among Muslims and recapture lost glories such as Jerusalem and al-Andalus (Spain) if they join the jihad. The group's beheading Tuesday of American photojournalist James Wright Foley and threat to kill journalist Steven Joel Sotloff in retaliation for the American bombing campaign will no doubt heighten its stature among hardcore jihadists.

Reports now say that the Islamic State recruited 6,300 men in Syria during July – about 1,000 of whom were foreign fighters. Early estimates suggest the terrorist group numbered around 15,000 in total. This recruitment surge followed the Islamic State's successes in Iraq where it captured large stockpiles of American arms.

All signs indicate the Islamic State wants to expand beyond Iraq and Syria and obtain a global reach that rivals al-Qaida's.

Thousands of jihadists have sworn allegiance to Islamic State leader Abu Baker al-Baghdadi in Indonesia, where the group has launched an aggressive recruitment effort across the island nation's 16 provinces. A massive infiltration of pro-Islamic State terrorists has been reported in Aceh in the western part of the country.

A man identified as Abu Jundullah, reportedly the head of the Islamist movement in Aceh, said his group placed itself directly under al-Baghdadi's authority. Abu Jundullah also noted that his movement did not proclaim itself as the Indonesian branch of the Islamic State.

The Islamic State is publishing a jihadist magazine, Al Mustaqbal, which has been distributed in Indonesia's Java province. It is similar to Al-Qaida in the Arabian Peninsula's Inspire magazine. Indonesian and neighboring Malaysian leaders are particularly worried. Malaysia has arrested 19 suspects with ties to the Islamic State in the past seven months. These suspects told police that they planned to attack the Malaysian government and attack nightclubs and bars in Kuala Lumpur and a Carlsberg brewery in Petaling Jaya.

A series of raids in the Indonesian province of East Java led to additional arrests of Islamic State terrorists and the seizing of guns, Islamic State flags and literature praising jihad.

Jihadists in the nearby Philippines similarly threw their support to the Islamic State. Jihadists from Abu Sayyaf in the Philippines, which is suspected of having al-Qaida ties, also gave their allegiance to Baghdadi in recent weeks. A spokesman for the smaller Bangsamoro Islamic Freedom Fighters (BIFF) told Agence France Presse his group maintains an alliance with Baghdadi and the Islamic State.

Spanish jihadists aligned with the Islamic State showed their desire to return Spain to its Islamic past. One enthusiast posted a photo on Twitter in June of the Islamic State's black flag in front of Spain's medieval Islamic Aljaferia Palace, with the inscription, "We will be back for you #Andalucia. Support from #Spain."

"The dismantled network was dedicated to the recruitment, financial support and dispatch of jihadists for the terrorist organization 'Islamic State,'" Spain's Interior Ministry said in a statement.

A Jordanian Salafist group calling itself the "Sons of the Call for Tawhid and Jihad" proclaimed its loyalty to Baghdadi. It includes 6,000 members and could potentially become a fifth column for the Islamic State in Jordanian society. Worry abounds in Jordan that it could become the Islamic State's next victim. A video surfaced in July of Salafists in Jordan's Zarqa governorate proclaiming their loyalty to Baghdadi, adding to the unease.

"We should always remember that the Islamic State is present to our east [in Iraq's Anbar province] and is growing in Syria's east and south," political analyst and former Jordanian Minister Taher al-Adwan wrote earlier this month.

Despite these gains by the Islamic State, most top al-Qaida leaders have shown little willingness to break with Ayman al-Zawahiri and recognize al-Baghdadi as caliph. Al-Baghdadi's pretension has been met with scorn from leaders of many of al-Qaida's franchises. Abu Qatada, an al-Qaida linked cleric in Jordan, accused al-Baghdadi of "deviating" and issued a fatwa saying the declaration of the caliphate was "null and void."

Al-Qaida in the Arabian Peninsula (AQAP) stopped short of endorsing Baghdadi as caliph, but has lavished praise on the Islamic State nonetheless. Last week, AQAP called for attacks against the United States and declared itself in solidarity with the Islamic State in response to American airstrikes in Iraq.

A Time of Choosing.

Politically I consider myself as Progressives. It must be understood that not all Progressives believe that ISIS and other radical groups in the Middle East should be considered within the framework as victims by the Western World. What I believe is that ISIS is an enemy to world peace and that of humanity. Collectively! We must have the courage to say to our enemies, "There is a price we will not pay." "There is a point beyond which they must not advance." "Peace through strength" has stood the test of time.
As a citizen of the United States and of the Western world my message to any possible sympathizer to ISIS and to that entity itself is this. There is no argument over the choice between peace and war, but there is only one guaranteed way you can have peace-and you can have it in the next second-surrender!

The Snake That Ate Its Tail

Gotta love the Arabs. So creative in finding new ways and organizations to kill each other off. Left to their own devices they would do the work that fearful civilized nations have not been very successful with. Democracy and Islam is like oil and water. A law of physics: You can't have two objects occupying the very same space at the same time. The Arabs are their own worst enemy and if we just supplied them with small arms and stayed out of their business, they would do what they have always done best....kill each other.