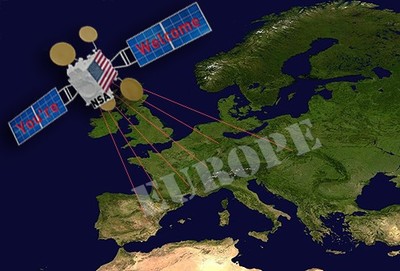 Few events in recent years have sparked the kind of global outrage that accompanied Edward Snowden's revelations, through documents stolen from the National Security Agency, that the organization had been spying on millions of private citizens around the world. Political leaders immediately demanded explanations. Pundits argued the wisdom and constitutionality of tracking private phone calls and e-mails. Government committees were organized, editorials scrawled, fury unleashed, investigations demanded. And all the while, President Obama and the NSA jointly insisted that the program had saved countless lives, preventing numerous terrorist attacks in America, Europe, and the entire Middle East-North Africa region.

Now the results of some of those investigations are in. The findings: Washington was right all along. NSA programs in Europe – and specifically its PRISM project – have now been confirmed to have stayed dozens of terror attacks across the continent, and helped America kill suspected terrorists abroad. Indeed, a report published last month by the Dutch agency responsible for overseeing Dutch intelligence states clearly that "thanks to PRISM, 26 attacks (in Europe, including one in the Netherlands), were neutralized."

Details have not been released.

And a report from Germany's Der Spiegel shows that US/German cooperation on the PRISM program prevented attacks on German soil, as well.

Nonetheless, European criticism of PRISM has been vehement since the Guardian first published the stolen documents, which Snowden provided to blogger-cum-journalist Glenn Greenwald, then a freelancer for the British daily. German Chancellor Angela Merkel allegedly compared American intelligence to the Stasi. As recently as two weeks ago, Belgium threatened to sue the USA for spying.

Now it appears Europe's own intelligence agencies not only were aware of the program (despite their initial denials), but fully cooperated with it. A document from the Dutch Parliament, for instance, stated that the "1.8 million metadata records were collected by Dutch agencies AIVD and MIVD in their efforts to combat terrorism and foreign military operations."

Belgian officials – the same officials, in fact, who now feign shock and indignation – also admit that not only did they work with the NSA, but that the NSA provided them with information that allowed them to prevent three terror attacks. Without the NSA's help, they said, they never could have done it.

Similarly, France – the country that seems, based on Europol's records, to have benefitted most from its alliance with the PRISM program – played the "shocked and appalled" card when Snowden's revelations became public. And yet, the New York Times reported as early as last November: "the facts of the N.S.A. data collection in Europe have been known for months, which led two nonprofit groups that oppose the spying to describe it as 'astonishing' and 'cowardly' that the French government would portray itself as not knowing about the surveillance. It also became clear over the summer that France's espionage agency, the General Directorate for External Security, carried out data collection on French citizens without clear legal authority, suggesting that although the technology used by the United States may be more sophisticated, electronic eavesdropping as an antiterrorism and anticrime tool is broadly practiced."

Now it appears that Germany, the hub of the NSA's European operations, was a willing and integral part of the program as well. According to Der Spiegel, "Cooperation between Germany's foreign intelligence services, the BND, and America's NSA is deeper than previously believed. […] German intelligence agencies, for their part, consider their cooperation with the NSA to be indispensable – for counterterrorism efforts, for the fight against the proliferation of weapons of mass destruction, and for the battle against organized crime." Moreover, between 2012, and 2013, Der Spiegel reports, "some three million items of content data, or intercepted conversations and messages, were sent to the United States each month."

In addition, the BND itself seems to refute the accusation that the US spied on Germany – confirming all the statements the White House and NSA have made to that effect.

Der Spiegel's in-depth coverage also outlines the parameters of much of the surveillance, noting that 'most of the targets monitored jointly by the BND and NSA are in Africa and Afghanistan – or, in other words, precisely at the heart of some of the world's most dangerous Islamic terrorist organizations.

Does all this really matter?

First and foremost, it reconfirms the serious threat of Islamic terrorism in Europe – one so dire that European intelligence agencies are willing to push the limits of their privacy laws in efforts to combat it. It demonstrates the extent to which international cooperation has allowed Western forces to kill terrorist leaders – and to do so with extraordinary accuracy. And it shows, finally, the powerful unity of Western intelligence forces in the battle against Islamic terrorism. It is a unity clearly needed (as recent events in Iraq make clear) when hundreds, possibly thousands of European nationals are joining the Islamic State of Iraq and Syria (ISIS) in Syria, and are likely to bring their extremism – and warfare knowledge – back home with them. So long as such cooperation can continue, we can remain safe. It is time to be honest about what is being done, and why it is needed. It is time to stop the theatrics of indignation, end these frivolous internal battles and get back to winning the war.