Standing Up For – And To – Terrarabism Part One (of Two)

"Speeches at publishers-and-editors meetings are usually by definition reasonably self-indulgent, a lot of talk about the greatness of the press and the freedom therof."

So wrote David Halberstam in The Powers That Be, his monumental 1979 book on the American news media: CBS, Time, the Washington Post and the Los Angeles Times.

It's highly unusual for a major newspaper to attack another publication, unless there is overwhelming evidence of libel and/or recklessness.

So it must have come as a shock to the researchers and writers of The Investigative Project on Terrorism (IPT), to find their online newsletter attacked by–of all people–a copy editor for The Guardian.

A British newspaper, The Guardian bills itself as "the world's leading liberal voice."

And since freedom of speech is a major issue for those who call themselves liberals, it's strange to see someone from a liberal publication calling for censorship.

Yet that is exactly what happened in late May.

To begin at the beginning:

According to its website, the IPT "is recognized as the world's most comprehensive data center on radical Islamic terrorist groups.

"For more than a decade, the IPT has investigated the operations, funding, activities and front groups of Islamic terrorist and extremist groups in the United States and around the world.

"It has become a principal source of critical evidence to a wide variety of government offices and law enforcement agencies, as well as the U.S. Congress and numerous public policy forums."

The site further states that Steve Emerson, its founder and executive director, "is an internationally recognized expert on terrorism and national security and author.

"[He has been] consulted by the White House, National Security Council, FBI, Justice Department, Congress and intelligence agencies." 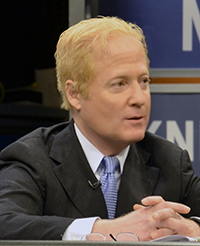 Among those cited as vouching for Emerson's credibility:

A major theme of Emerson's publication is that much of the political leadership the United States has fallen prey to Political Correctness. As a result, they refuse to acknowledge a connection between Islamic terrorism and the Islamic religion.

In late May, the IPT posted an ad in The New York Times, warning about the consequences of such a policy.

Entitled, "Fighting Back Against the Assault on Free Speech by Radical Islamic Groups," the ad opened thusly:

"Our nation's security and its cherished value of free speech has been endangered by the bullying campaigns of radical Islamic groups, masquerading as 'civil rights' organizations, to remove any reference to the Islamist motivation behind Islamic terrorist attacks.

"These groups have pressured or otherwise colluded with Hollywood, the news media, museums, book publishers, law enforcement and the Obama Administration in censoring the words 'Islamist', 'Islamic terrorism', 'radical Islam' and 'jihad' in discussing or referencing the threat and danger of Islamic terrorism."

Click here: Fighting Back Against the Assault on Free Speech by Radical Islamic Groups

Emerson bluntly warned of the fundamental dangers posed by this slide into terroristic Political Correctness:

"This is the new form of the jihadist threat we face. It's an attack on one of our most sacred freedoms—free speech—and it endangers our very national security.

"How can we win the war against radical Islam if we can't even name the enemy?" 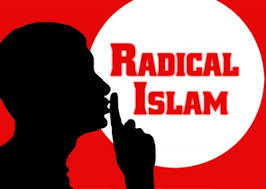 He has a point–and a highly legitimate one.

Imagine CNN-like coverage of the Nazi extermination camps, with their piles of rotting corpses and smoking gas ovens, while a commentator reminds us that "Nazism is an ideology of peace."

Then consider these Islamic terrorist outrages of our own time:

· The 9/11 attacks on the World Trade Center in New York City and the Pentagon in Washington, D.C., which snuffied out the lives of 3,000 Americans.

· Opening fire on innocents in a Kenyan shopping mall in 2013.

· The kidnapping of 300 Nigerian schoolgirls by Boko Haram in 2014.

In every one of these attacks, the perpetrators openly announced that their actions had been motivated by their Islamic beliefs. For example:

· In a video captured in Afghanistan after the 9/11 attacks, Osama bin Laden gleefully admitted to masterminding the carnage in the name of Allah.

· Michael Adebolajo, who killed and beheaded a British soldier in London in 2013, described himself as a warrior in a "war between the Muslims and the British people."

· After Boko Haram kidnapped 300 Nigerian schoolgirls, its leader, Abubakar Shekau, publicly announced: "Women are slaves. I want to reassure my Muslim brothers that Allah says slaves are permitted in Islam."

As Emerson writes in his ad/editorial:

"Radical Islamist ideology clearly motivated all of the attacks–the perpetrators said so unambiguously.

"Yet, those who dare to talk about jihad as holy war, or invoke the term 'Islamic terrorists', or discuss the religious motivation behind Islamist group, are slandered as 'Islamophobes' or bigots."

Steffen White is as an investigative reporter, freelance writer, legal investigator, publicist for authors and troubleshooter. I am currently a blogger at Bureaucracybuster.com: "Fighting political and bureaucratic arrogance, incompetence and/or indifference.

As wielded by the Left, political correctness is simply a cheap form of attempted intellectual blackmail. The Left begins with subjectivism ('There are no values, no right or wrong. Everything is a matter of opinion.'). Subjectivism is the basis for left wing multiculturalism ('No one culture is better than any other. Western culture with its traditions of freedom and individual rights is not morally superior to the vicious primitive enslaving cultures of the third world.') and political correctness ('No one will say or write anything which has the potential to bruise the feelings or emotions of anyone else.') I am an Islamo-phobe because I first was a murder-phobe, a rape-phobe, an atrocity-phobe. Followers of Islam are driven by that evil belief system to commit these vicious acts in order to establish a world wide Islamic slave state. Anyone how doubts this has only to look at any country around the world in which Islam is pervasive to see that, to borrow a legal concept, the statement above is true beyond any reasonable doubt. We in the West are at war with Islam. Be proud to be an Islamo-phobe because it's literally them or us.