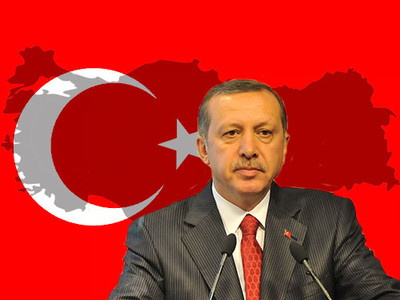 On Dec. 17, the Turkish public watched the largest government corruption scandal in their history unfold before their eyes. Bribery schemes, gold-for oil-trades, and shoe boxes stuffed with $4.5 million dominated news coverage. Within a week, Prime Minister Recep Tayyip Erdogan had fired or reassigned dozens of law-enforcement officials, and four members of parliament resigned or were dismissed.

One former minister called for Erdogan to resign, too. "What I did, I did with his complete knowledge and approval," he said.

While the prime minister has no intention of stepping down, his command over the country has been visibly shaken. And as investigations continue – despite Erdogan's efforts to thwart them – more questions emerge about his future, and that of the Turkish Republic.

Yet the debates and discussions have centered not on the question of whether crimes have been committed, but on who ordered the investigation, and on the mad, paranoid rants of Erdogan and his one-time ally-turned-adversary Fethullah Gulen. Now living in self-imposed exile in America, the Turkish-born Gulen oversees a global, conservative Muslim organization with several million members, including a large number of Erdogan's constituents. Gulenists, too, occupy high offices in Turkey's police departments and ministries of the interior and judiciary.

Look more closely, however, and the scandal reveals larger, more important stories – about profound corruption in the Turkish state; about Iran's unquenchable power in the Middle East; about the way the Turkish people (and probably most of the Middle East population) view America; and about the standards by which religious Muslim voters measure their lives and, ultimately, build their states.

Among the first of the 52 people who were arrested on Dec. 17 were the sons of three cabinet members – Interior Minister Muammer Guler, Economy Minister Zafir Caglayan, and Urbanization Minister Erdogan Bayrakter – all on bribery charges. Alongside them, police arrested Suleyman Aslan, general manager of the state-run Halkbank (and in whose home the shoeboxes stuffed with cash were found) and Iranian-born business tycoon Reza Zarrab. Both are accused of money laundering and trading several billion dollars in gold to Iran in exchange for oil, a violation of international sanctions.

While several of the bribe allegations against cabinet members and their families underscore the interdependency between Erdogan's Islamist AK Party and Turkey's newly-rich religious right – many of whom earned their millions in construction and development – the gold trade may hold the largest potential global repercussions, especially for America.

According to investigators, reports Mustaf Sonmez of Turkish newspaper Hurriyet, members of parliament and Halkbank's Aslan collaborated with Zarrab, who facilitated complex gold transactions on behalf of the state in exchange for "citizenship, residence, and business permits" for himself and his family.

The scheme worked something like this: because Western sanctions on Iran made it impossible for Turkey to pay for Iranian gas directly, Turkish officials worked with Zarrab to organize a complex system of gold imports and exports to disguise the oil trades. Iran would be paid in Turkish lira, which it would then use to purchase gold from Turkey.

Turkey, in turn, would import the gold from Switzerland. In order to further disguise the transactions, Turkey also set up exports to the UAE, which then transferred the gold to Iran. According to Sonmez, Turkey exported $27 billion in gold between 2010 and 2013, $15 billion of which was used to purchase Iranian natural gas. Allegedly, Halkbank, through Zarrab, effected the majority of these exchanges. In return, according to Al-Monitor, Zarrab allegedly paid out $49 million to Economy Minister Zafer Caglan and $7.7 million to Aslan over two years.

It's worth noting that, after Reuters broke the story in October on gold-for-oil trades, the U.S. expressed concerns that Halkbank was working with Iran in violation of U.S.-led sanctions. If true, the deals would seem to confirm what many have long whispered about the current Turkish government: that far from being a "moderate Islamist" leader as frequently portrayed in the American press, Erdogan is doing more and more to cement close relations with the Islamic Republic. It seems inconceivable that such trades could have taken place without his knowledge, and he has never attempted to deny that.

As he did during the uprising in Gezi Park last summer, Erdogan has blamed "foreign forces" for the crisis, accusing the "interest lobby" (aka Jews), former ally Fethullah Gulen, and America for instigating the investigations. He discharged prosecutors and investigators from their positions and even proposed giving the executive branch oversight of the judiciary. In the end, he settled on Gulen and the U.S. as those culpable for what he called "a political assassination attempt" and efforts to undermine "democracy" and the Turkish state.

Unsurprisingly, the nearly 50 percent of Turks who support him agree the blame lies with America. He has had a tougher time, however, convincing his followers of his charges against Gulen, since millions of AKP voters are themselves Gulenists. This fact is sure to affect the AKP's standing in future elections as the Erdogan-Gulen rivalry continues. There is widespread suspicion that Gulen instigated the crisis for the purpose of tipping the local elections scheduled for mid-March, but since Gulen himself represents no political party, no one is quite sure why.

What is intriguing is the take of the Westernized secular elite, who view the accusations against Gulen, Israel, and America as just more evidence of their prime minister's paranoia and corruption. "He keeps blaming America," my friends all said during a recent visit to Turkey. "He's nuts."

"So who do you think it is?" I asked them. And as if in one voice, they all replied, "America. Of course."

Among Islamists, leftist radicals, secular intellectuals and even journalists, it is accepted as truth that Turkey is basically America's 51st state. "Your president is our president," I recall a Kurdish hotel worker in Istanbul telling me years ago. "America created Erdogan," a prominent Turkish businessman asserted over dinner recently. America put Erdogan in power, the legend goes, and when it learned how dictatorial he really was during the Gezi riots, America decided to remove him.

Are the Turks right? Certainly America has its history of installing and supporting dictators. But America viewed Erdogan as a reasonable Islamist when he won parliamentary elections in 2002, someone who could successfully meld Islamism and democracy – not a dictator. Moreover, it's unlikely that America would have supported any Islamist candidate in secular Turkey – however "moderate" he appeared – at a time when the U.S. had declared war on Islamism. And Erdogan, who has spent 12 years bringing Turkey further from the West and closer to Iran, hardly behaves like a puppet of the United States. The idea gets even more bizarre given ongoing allegations of ties between Erdogan, his son Bilal, and Yasin al-Qadi, until recently listed as a "specially designated global terrorist" by the United States.

Ultimately, the truth doesn't matter. In politics, perception is everything. And in Turkey, the perception is nearly universal: when it comes to all things Erdogan, America is either to credit or to blame. Consequently, with Erdogan now facing the greatest challenge yet to his power – and to the power of the AKP overall – any indication that America is involved is certain to have global impact. And should the crisis continue to have adverse effects on the Turkish economy (the lira has reached record lows since the 17th of December), that, too, will be seen as America's fault.

This situation has potentially serious ramifications. Conspiracy theory or not, America's perceived position in all of this leaves it vulnerable to the vengeful rage of more than just religious fundamentalist supporters of the AKP. Along with them march the Kurdish terrorist PKK, widely believed to be responsible for the 2008 attack on the American consulate in Istanbul which killed six people, and with whom Erdogan has effectively been negotiating peace. According to some reports, Erdogan has already looked to the PKK for support in the current crisis. The end of AKP power could well jeopardize progress of these talks.

Add to that the Marxist DHKP/C, or Revolutionary People's Liberation Party-Front, whose anti-U.S. stance and fury at any American involvement with Turkish politics are suspected of provoking its suicide attack on the American Embassy in Ankara last February. What effect the government shakeup might have on its members is anyone's guess, but the group is certain to hold America responsible for any outcome that goes against their vision.

The potential threat is not limited to Turkish terror groups. Iran, too, is strongly invested in keeping the current government in place, having apparently profited handsomely from Turkey's financial largesse. According to the Daily Beast, "the Halkbank oil-for-gold deal may only be [the] start of more uncomfortable disclosures about Iranian dealings in Turkey." Iranian capital backed one of six companies that invested in Turkey last year, according to the Daily Beast report, which noted further that Turkish government data showed 2,072 Iranian firms operating in Turkey in 2012, up from 1,470 in 2011 and 319 in 2002. And "earlier this year," according to the Daily Beast, "Iran reportedly placed $7-8 billion in cash in a Dubai-based fund earmarked for investment and the acquisition of companies in Turkey."

Corruption and the Moral Muslim

Tragically, what emerges is the sense that what is best for the United States may be what is worst for those hoping for a free and democratic Turkey: that the AKP remain in power, with or without Tayyip Erdogan to lead them.

And for the moment it appears that is how it will end – and not just because of Erdogan's remarkable talents as a politician and campaigner. Recent polls reveal that another, even more significant factor is also involved – one that the West would be well advised to heed. For many conservative Muslims, according to Ersin Kalaycioglu, political science professor at Sabanci University, "corruption is not necessarily a high moral issue." In an interview with Hurriyet Daily, Kalacioglu elaborated on the ascent of the AKP and the conservative wave. "In their argument, those who were secular had nothing to do with religion and having nothing to do with religion make them amoral, if not immoral, by definition," he said. "Therefore, it is in their nature to be corrupt, whereas the AKP is religious and, by definition, cannot be corrupt. Now AKP voters have something to think about."

So do the rest of us.

Tariq Ramadan asked for Erdogan's resignation at RIS 2013 in Toronto