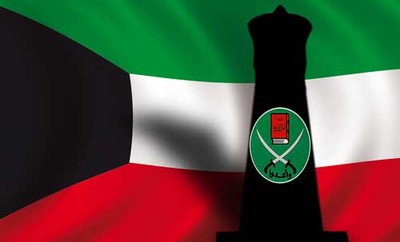 The completion of a new mosque in Amsterdam is doing more than opening the doors of worship to Dutch Muslims; it is opening new windows into unexpected avenues of terrorist financing and funding for the growth of radical Islam in the West.

For years, Western counterterrorism officials and pundits have expressed concern about the sponsorship of European and American mosques, Islamic schools, and other Muslim organizations by the Saudi government in efforts to expand its own extremist version of Islam, Wahhabism. Wahhabis adhere to strict, literal interpretations of the Quran and defend the use of violence against those who do not – Muslims and non-Muslims alike.

Now, however, it seems we've been so focused on the Saudis, we may have missed a potentially even greater source of radicalization, and certainly a fast-growing one: the Muslim Brotherhood. And the government of Kuwait, with ties to al-Qaida groups and Hamas, appears to be among the largest financiers of Brotherhood infiltration into Europe.

This is where the Amsterdam mosque comes in. Located in the largely Muslim neighborhood of Sloterdijk, the Blue Mosque has been the subject of controversy in the Dutch press since its conception. A report that the government of Kuwait was paying salaries to its imam and other officers recently propelled the mosque – and its organization – into the headlines. Those reports have since been challenged, but the gist of them remains true: through a pan-European organization called the Europe Trust, Kuwait is tying Dutch and other European Muslims directly into the Muslim Brotherhood via complex financial, non-profit and religious networks that stretch from Spain to Ireland – and across the Atlantic to New York.

Based in the UK, the Europe Trust is funded largely by Kuwait (with help from the UAE-based Makhtoum Foundation, about which, more later), and, according to the Middle East Quarterly, "channels money from the Persian Gulf to groups sympathetic to the Brotherhood in Europe, primarily to build mosques." Indeed, the Blue Mosque was funded entirely by Kuwait, working through the offices of the Europe Trust Nederland (ETN). Others have tied the Europe Trust to the Brotherhood as well; but particularly notable is the fact that the Trust is led by Ahmed Al-Rawi, a UK-based Muslim Brotherhood leader, and Nooh al Kaddo, a Dublin-based Iraqi who runs the Islamic Cultural Center of Ireland (ICCI), well known as a Brotherhood institution. The ICCI also houses the European Council of Fatwa and Research, whose director, the Egyptian cleric Yusuf al Qaradawi, has reportedly "defended suicide bombing and advocated the death sentence for homosexuals, according to the Irish Independent. (Kaddo, for his part, defends Qaradawi, describing his views in the Independent as "representative of Islamic teachings and not assumed to be a violation of same.")

But here's what else: al-Kaddo, who serves as a trustee of the Hamas-linked charity, Human Appeal International, also directs the largest mosque in Western Europe: the Al Salam mosque in Rotterdam, a controversial monument whose 50-meter high minarets form the highest point in the city. And like the ICCI, Al Salam (also known as Essalam) was financed entirely by Hamdan ben Rashid Al-Makhtoum, deputy ruler of Dubai and (conveniently) UAE Minister of Finance. Makhtoum, as it happens, also is a generous donor to Hamas-linked CAIR in the U.S. (The Sheik has also provided funds for other European mosques.)

Thirty-five miles away, Amsterdam's Blue Mosque also has al-Kaddo to thank for his efforts to secure the money that built it – an achievement made possible in part through his affiliation with Yahia Bouyafa, a member of the Muslim Brotherhood in the Netherlands and director (among other things) of the Federation of Islamic Organizations in the Netherlands (FION). FION, in turn, is a member of the Federation of Islamic Organizations in Europe (FIOE) – which the Global Muslim Brotherhood Daily Report identifies as a Brotherhood umbrella group that also embraces al-Kaddo's Europe Trust – and thus the Al Salam mosque in Rotterdam.

All in the same web. But there's more.

According to a fact sheet published by the Blue Mosque itself, a partnership developed early in the planning stages placed the ETN and FION – or al-Kaddo and Bouyafa – in charge of raising funds for the building. Bouyafa approached Kuwait's Ministry of Religious Affairs. But when his proposal was rejected, another local imam, Yassin Elforkani – suspected of ties to the Brotherhood – was called in to take over. With a few clever alterations to the construction and financing plan, Elforkani convinced Kuwait to provide the needed €2 million.

But with Kuwait now owning the building, sponsoring the ETN, and with extensive ties to Kaddo and Bouyafa (who has regularly exchanged places with Elforkani as director of FION and of the mosque board), the next step was inevitable: the appointment of Kuwaiti Minister for Religious Affairs (Awaqf) Mutlaq al-Qarawi, as chairman of the European Trust Nederland.

This means that one of the most active Muslim organizations in the Netherlands is now led not by a Dutch citizen, not even by a Dutch-speaking foreign imam, but by the government of Kuwait. More specifically, the Trust now sits in the hands of the Kuwaiti Ministry of Religious Affairs, which takes as its mandate spread of Islam to nonbelievers (dawah).

The Europe Trust has also not limited itself to Northern Europe: the NEFA Foundation has tied the group to properties in France, Greece, Romania, and Germany, where, NEFA notes, "funds for real estate purchased […] on behalf of a German Islamic association also came from the Makhtoum Foundation as well as the Awaqf Ministry [Ministry of Religious Affairs] in Kuwait and the Bayt al-Zakat in Dubai."

If all this sounds remote for Americans, too far across the oceans to matter very much, think again. According to a 2003 statement from former National Security and Counter-terrorism Coordinator Richard Clarke before the U.S. Senate Banking Committee, "several Al Qida operatives have allegedly been associated with the Kuwaiti Muslim Brotherhood," including 9/11 mastermind Khalid Sheikh Mohammed and Ramsi Yousef, a key figure in the 1993 bombing of the World Trade Center.

What's more, Clarke testified, "The Kuwaiti government allegedly provides substantial funding to charities controlled by the Kuwait Muslim Brotherhood, such as Lajnat al-Dawa. The U.S. Department of Treasury and the United Nations Security Council designated Lajnat al-Dawa on January 9, 2003 as a supporter of Al Qida. Lajnat al-Dawa and its affiliates had offices in the U.S. in Michigan, Colorado, and Northern Virginia."

If that's not enough, cables published by Wikileaks regarding the problems of policing money flowing to terrorist groups are even more damning. The New York Times summed up a series of these cables, which described Kuwait, the only Gulf country where terrorist funding has not been criminalized, as "a key transit point."

Other ties have been suggested between U.S. mosques and the Brotherhood, most notably the renowned Islamic Cultural Center in New York, founded by Egyptian-born Muhammad Abdul Rauf – father of former Ground Zero Mosque/Park51 imam Faisal Rauf – and funded in large measure by the Kuwaiti government.

Meanwhile, al-Kaddo, with continuing support from the Muslim Brotherhood in Kuwait, is gathering funds for even more mosques throughout Europe. While the ETN, he insists, does not define the positions of those mosques, it does use its power to hire, appoint, and fire each mosque's officers and imams – all carefully selected from an inside Brotherhood group – and many of whom have ties to Hamas or al-Qaida.

With Europe now becoming one of the richest resources for Islamic jihad, and with the free ability of its citizens to travel visa-free to the United States, the threat a growing, radicalized European Brotherhood network poses is a lot closer than it seems.