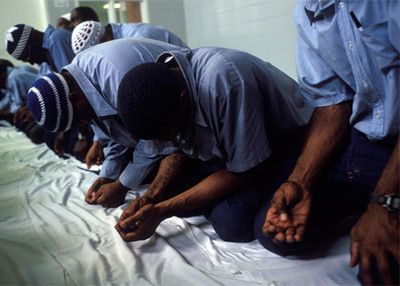 Israeli society is currently dealing with the painful, emotional issue of the Israeli government's willingness to release Palestinian murderers, "security prisoners," from Israeli jails, part of the price demanded by the Palestinians for consenting to sit at a negotiating table with Israel.

When Gilad Shalit was released in 2011 after more than five years in a Hamas cellar, the prisoner exchange deal was universally accepted as the right thing to do. The entire country knew we would have to pay an outrageous price, but it was for the life and freedom of a young soldier who had been sent to defend his country. But "outrageous" did not mean too high, and Israel was willing to do anything to get him back safely and restore him to his family. The prisoner exchange deal also showed all IDF soldiers that the State of Israel would never abandon them. It made everyone feel that they would be proud to serve in such an army, and people spoke about nothing else for weeks.

Israel is not America. In America, most well-educated young people begin their adult lives after college, and the U.S. Army is a professional, volunteer army. In Israel, however, military service is compulsory and universal. University studies come after army service, and even decades later, the old school tie is never where you went to school but always what you did in the army. Your unit or corps immediately identifies your ability, motivation and love of country, and is source of immense pride for parents.

In April 1987, when Adi Moses was eight years old, a Palestinian terrorist threw a Molotov cocktail into the family car as it was passing through a West Bank village. The car caught fire and Adi's pregnant mother and brother were killed; she bears the scars, both physical and emotional, to this day. Nevertheless, when it was a question of freeing Gilad Shalit, she said that painful as it was to release terrorists, she could accept it, as could the entire State of Israel.

Today, as Israeli-Palestinian negotiations are resumed, Adi is worried that, to convince the reluctant, intransigent Palestinians to sit across the negotiating table from Israel and engage in nine months of dialogue (after which there will probably be another intifada), the price will be the release of the Israel Arab who deliberately burned her mother and brother to death. Interviewed on television, she said she could not imagine a universe in which the cold-blooded murderer who destroyed her life and her family would get up in the morning, drink coffee and read the paper. Should that happen, she said, there would be no reason for her to go on living.

Unfortunately, that is exactly what every cold-blooded terrorist operative killer does in an Israeli jail. He gets up in the morning, meets his friends, eats breakfast, drinks coffee and spends the rest of the day in their company. If particularly motivated, he can get an Open University college degree. He will also receive first-class medical and dental care, courtesy of the Israeli taxpayer. In Israel, the attitude toward "security prisoners" – Palestinian terrorists – is less rigorously defined than, for instance in the United States.

There, terrorist murderers are sent to Guantanamo and held in solitary confinement. In Israel, although classified as terrorists, they are treated as prisoners of war. Their families are allowed to visit, the Red Cross comes to see them and the Geneva Conventions are in force – all of which were denied to Gilad Shalit. The various human rights organizations work day and night to improve their conditions, the same organizations that conveniently ignore the existence and rights of the families mourning the prisoners' victims.

Moreover, as opposed to the ordinary felons who have to deal with the prison authorities on a one-to-one basis, the security prisoners have operational autonomy. In each jail, terrorists move within their own microcosms made up of prisoners from Hamas, Palestinian Islamic Jihad, Fatah, the Popular Front for the Liberation of Palestine, or even al-Qaida and Hizballah. Each group has its own spokesman. The spokesman's role is to represent whichever organization he, and sometimes she, belongs to in dealing with the prison authorities.

In 2007, I interviewed members of the Hamas parliament after Shalit's abduction. As I was speaking to deputy Hamas Prime Minister Abu Tir, he crooked a finger and a prisoner entered, a certified Hamas terrorist waiter, with a cup of coffee. For an instant, I forgot where I was. The prisoners' conditions were idyllic: the radios were blasting Arabic music, the TV sets were tuned to Al-Jazeera, people were milling about, shouting at one another, I could smell food cooking, and I might as well have been a guest in the home of a Hamas leader.

The conditions of the security prisoners are the responsibility of the Israeli government, which wants peace and quiet within the prison walls because every hunger strike ignites the Palestinian street. Between the abduction of soldiers and the peace process, the security prisoners are certain they will not serve their full terms. That certainty makes them stronger and gives them hope that they will be released fairly shortly even if they were sentenced to consecutive life terms. In the meantime, most of them are busy with their studies, planning what they will do when they are released. They often told me that the next time we met it would be in their homes in the Gaza Strip, I was invited, I had nothing to fear, they would watch over me, after all, we had drunk coffee together in prison.

The prisoners' conditions are monitored and improved by the various Palestinian prisoners' clubs, depending on their organizational affiliation. They receive money for the prison canteen and their families receive monthly allowances. The canteen overflows with food, beverages and all the popular brands. The prisoners especially like American merchandise. Timberland hiking boots are the latest fad. By way of comparison, the canteens used by IDF soldiers have less variety. According to the prison authorities, the prisoners have the same rations as IDF soldiers. In reality, the prisoners' menu is superior to that of front-line soldiers. If they like, the prisoners can cook for themselves and improve the food with additions from the canteen, and once even managed to post pictures on Facebook.

It is almost impossible to enumerate the benefits of being a security prisoner. Terrorists can finish their studies, and the younger ones get fictitious matriculation certificates certified by examiners paid by the Palestinian Authority. Until recently, adult terrorists were allowed for bachelors', masters' and doctoral degrees in the Open University, taking courses in Jewish studies, Zionism, etc., and perfecting their Hebrew.

Security prisoners also have extensive medical benefits, including advanced dental work and complex operations, as noted, courtesy of the Israeli taxpayer. They refuse to work while in prison, even though they would be paid, because they do not want to serve the "Zionist enemy." They prefer to spend their time planning terrorist attacks to be carried out by their organizations, propagandizing and paving the way for less-hardened terrorists to follow in their footsteps in a life of anti-Israeli terrorism. Many leave prison healthier, better educated, and better connected – both socially and professionally – than when they entered. With their release they can add the important note "former security prisoner in an Israeli jail" to their resumés, enabling them to advance more quickly through the ranks of their various organizations. By imprisoning Palestinian terrorist murderers, the State of Israel does not achieve deterrence; no attempt can be made to rehabilitate or reeducate them because they reject the idea and do not cooperate. They simply stew in their own juices and become more dangerous.

Depriving a person of his freedom is the worst possible punishment that can be imposed, but society deserves justice, its victims have to be avenged, and that is also part of the philosophy of punishment. In the saga of the Palestinian terrorist prisoners in Israeli jails, the trials and tribulations of imprisonment, represented as overwhelming, are actually minor. The Israeli jails have turned into hothouses for breeding terrorists; they are laboratories which turn petty terrorists into specialists, and often with diplomas.

Anat Berko, Ph.D, a Lt. Col. (Res) in the Israel Defense Forces, conducts research for the National Security Council, and is a research fellow at the International Policy Institute for Counter-Terrorism at the Interdisciplinary Center in Israel. A criminalist, she was a visiting professor at George Washington University and has written two books about suicide bombers, "The Path to Paradise," and the recently released, "The Smarter Bomb: Women and Children as Suicide Bombers" (Rowman & Littlefield)

In the past, Israel supported Hamas against Fatah. Indeed, in the 1970s and 80s, Israel played a not insignificant role in encouraging Hamas's emergence in the belief that such an Islamist group might help rupture support for the mass nationalist movement of Fatah. Israel has a long term strategy of radicalizing it's opposition, which makes it much more politically acceptable to use more violent means to fight them. A secular, or more western appealing opposition is what Israel fears. Israel wants its opposition to look like Bin Laden, and be classified as terrorists by the west. That's why Israel makes no attempt to counter radicalization in its prisons, but instead encourages it. An example is secular Syria is seen as a much larger threat than a radical Islamic government in Syria, which is why Israel supports the radical jihadi fighters in Syria, even when the Assad government has been incredibly predictable for and non-threatening. It shows that Israel's long term strategy is one of destabilization for purposes of expansion.

Terrorists in prison, a global problem

Ms. Berko paints a vivid picture of the dilemma Israeli officials face when dealing with the issue of incarcerated terrorists. Yet they are not alone.

In the United States, Guantanamo is not the only location where terrorists are held. Individuals like El Sayyid Nosair, Rashid Baz, John Walker Lindh, and others are spread about the US Prison system receiving the same benefits as inmates in Israel, free medical treatment and educational opportunities.

In the United Kingdom British Officials are struggling to deal with Islamic terrorists exerting undue influence within their penal system as witnessed by the attack on a prison employee by radical Islamic inmates following the killing of a UK soldier on the London streets.

Until authorities come up with a comprehensive plan of how to effectively deal with terrorists in prison, the dilemna will continue.