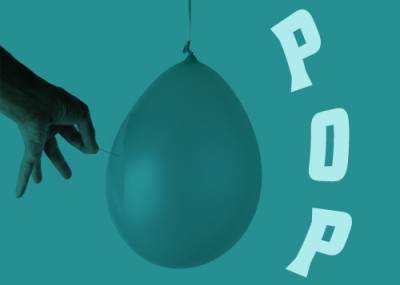 Upheavals in the Middle East have led to a de-emphasis on Palestinians and their cause against Israel. One symptom of this in recent days was a considerable decrease in participation in the so-called "Nakba" (Catastrophe) Day both in the Middle East and in the West.

Every May 15 (the anniversary of the day after Israel declared independence in 1948) Palestinian ideologues devote the day to mourning the "catastrophe" of the Israel's establishment and blaming it for the plight of millions of Palestinian "refugees."

A Nakba demonstration in midtown Manhattan Tuesday drew less than 35 people. Unfortunately for demonstration organizers, witnesses are more likely to remember an "only in New York moment," when Times Square's "Naked Cowboy" made his way through the small gaggle of demonstrators.

A pro-Palestinian advocacy group calling itself Existence is Resistance organized the rally. The group lobbies on behalf of Palestinian hunger strikers it claims are being illegally imprisoned by Israel. One of them is Abdullah Barghouti, a Hamas bomb maker who pleaded guilty to masterminding suicide bombings which killed 66 people and injured more than 500.

While there were instances of Molotov cocktail- and stone-throwing in Israel and the West Bank, this year's Nakba Day was subdued compared to last year, when tens of thousands of Palestinians and their supporters gathered on Israel's borders, and some attempted to cross into the country to assert their purported Right of Return.

Tuesday's demonstrations were limited: mobs didn't breach Israel's borders, and there were no reports of fatalities.

Last year's confrontation was stoked by Syrian operatives in Damascus and Lebanon, who reportedly bused Palestinian refugees to the Israel-Lebanon border. Lebanese troops and United Nations "peacekeepers" stood by as scores of Palestinians attempted to rush across the border into Israel.

Violence also spread to parts of Jerusalem, the West Bank and Gaza. Rioters at Kalandia refugee camp (located near the West Bank city of Ramallah) used ambulances for cover while throwing rocks at Israeli troops. At least 13 people were killed and hundreds more injured in last year's Nakba riots.

Several factors helped limit the spread of violence this year. Syrian President Bashar Assad – whose regime played a critical role in fomenting last year's violence – is preoccupied with brutalizing its own people in an effort to stay in power. And Israeli security forces, caught off-guard last year, were much better prepared this time.

At this year's demonstrations, the Palestinian Authority embraced the Right of Return – which most Israelis regard as a formula for the destruction of the Jewish state. At a rally in Ramallah, PA Prime Minister Salam Fayyad declared: "The right of return is sacred and cannot be compromised."

But the Palestinians' options for continuing their struggle against Israel have been limited by their own internal divisions and failed leadership.

"The back of Palestinian society has been broken by Hamas-Fatah separation," said Palestinian human- rights advocate Bassam Eid. In the West Bank (a region he referred to as "Fatahstan"), the infighting within Fatah is so deep that there was no hope of any coordinated uprising. "There cannot be an intifada (uprising against Israel) so long as we have an intrafada (Palestinian-on-Palestinian violence)," he said.

Writing in Commentary, Jonathan Tobin says the Palestinian focus on the events of 1948 doesn't bode well for the idea of territorial compromise. "For those who claim the Middle East conflict is about borders or Jewish settlements in the West Bank, the prominence given Nakba commemorations ought to be an embarrassment as it highlights something Israel's critics are often at pains to obfuscate. The goal of the Palestinians isn't an independent state alongside Israel. Their goal is to eradicate Israel and replace it with yet another Arab majority country."

Nakba Day should also serve as a reminder that during the past 64 years, the Palestinians have been prevented from assimilating into the Arab populations surrounding Israel. Instead, "they have been kept in poverty by a United Nations agency (UNRWA) supposedly dedicated to their welfare but which is, in fact merely interested in perpetuating their refugee status so they can remain props in the Arab War on Israel, " Tobin adds.

Commemorating Nakba Day is a part of that long term strategy. This year, at least, it didn't seem to work.

The "Two Nakbas" and dealing with refugees

If anyone goes to Israel in search of squalid refugee camps filled with Jews expelled from Arab nations, you will not find them! Israel integrated those displaced persons as citizens with full rights; Israel does not use refugees as "political footballs" to gain political advantage!

All Middle-East refugee issues should be resolved symmetrically: full integration into their new homelands, compensation for lost homes and personal property, but no "right of return" for either group! Both Arabs and Jews suffered displacement as a result of Arab refusal to accept the 1947 partition of the British Mandate, In that respect, they brought war and the "Nakba" upon themselves.