Minimizing the Threat, Ignoring the Facts 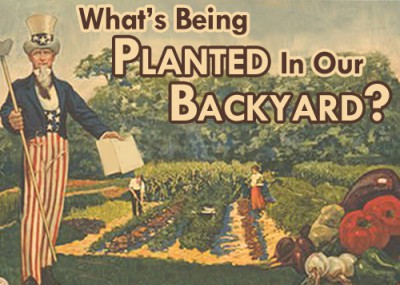 In the latest study from the New America Foundation on the threat of homegrown terrorism the researchers pose the question,

"Just how real is the 'homegrown' Islamist terrorist threat?"

According to their findings issued in March, it's no big thing. In fact, you have a greater chance of being murdered by your neighbor than being killed by a radical Islamic jihadist.

Just how the analysts came to these conclusions is as fascinating as the data they used to support their claims.

The panel looked at 188 terrorist related cases from the period

2001 (post 9/11) until 2011, examining such variables as citizenship, ethnicity, education, target choice, weapons acquisition, number of deaths caused, the role of informants, and if there was cooperation from the Muslim community that led

to the arrest of suspects.

The experts than used that data to compare it against 114 cases of domestic terrorism for the same period committed by individuals or groups "motivated by political ideologies other than the violent Islamism advocated by bin Laden."In other words, neo-Nazis, Christian militants, anarchists, or environmental whackos like the Earth Liberation Front.

Here is where the wheels come off the bus.

The researchers minimized, or in some cases deliberately overlooked, significant data. No mention was made of overseas travel, training or funding. In comparing apples and oranges, it's important to appreciate that they grow in different environments. The same is true for ideological extremists bent on violence.

The criminal background of the subject cases of the radical Islamic terrorist was missing. And the overriding motivation factor or why individuals commit such acts was not compared. In contrast, the 2010 Vigilance Project, a study conducted by the New York State Police on the threat of terrorism, found that half of the participants had some prior criminal history or contact with law enforcement.

"Assuming that criminal history information about these individuals is placed in appropriate law enforcement databases, each instance of contact with local law enforcement officers represents a possible opportunity for them to detect and deter an attack," the Vigilance Project said. "It can also provide an opportunity to identify associates and links to foreign entities through subsequent investigation."

This finding reinforces the conclusion of two unreleased studies conducted by both the FBI and the CIA in 2003 on the profile of the potential jihadists, that the individual most susceptible for recruitment was someone with a predisposition to violence and/or animosity against authority.

Some, as in the cases of Kevin James or James Cromitie, were career criminals before they found a higher purpose. Both converted to Islam while in custody and later were ringleaders in jihadist plots.

Where does such a potential candidate for terrorism hone his skills?

We have yet to see evidence of any overseas training camps for "Christian militants" as in the case of al-Qaida in Afghanistan, Somalia or Yemen. Nor have we been able to identify any foreign government backing of neo-Nazi movements as in the case of Iran for groups like Hamas or Hizballah.

As for motivation, only 11 percent of non-Islamic domestic terrorists in the New America study were motivated by religion. Conversely, all of the radical Islamic jihadists were moved by a sense of religious duty.

By failing to see the exponentially greater danger from an ideology bent on global domination than common criminality, we belittle the sacrifice made by those who have lost their lives in the struggle.

Diminishing the level of threat posed by such individuals is a false panacea that leads to complacency. And that may prove the greatest threat in the war on terrorism.