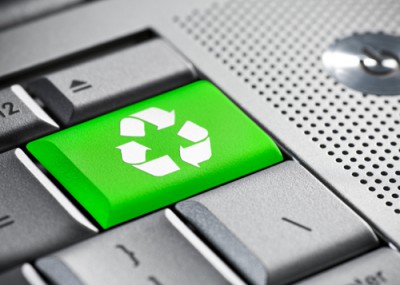 "[M]ilitary training is an obligation in Islam upon every sane, male, mature Muslim, whether rich or poor, whether studying or working and whether living in a Muslim or non-Muslim country," stated a recent article on jihadist website Islam Policy. What's unusual about the post is that it first appeared as post on an al-Qaida media site in 2000.

"Therefore, those Muslims unable to participate in Jihad at this present time, whatever the reason, have no excuse before Allah for not training for Jihad."

Much of the action-oriented jihadi media, including videos of suicide bombings, comes and goes. But key documents and clips often live beyond a single post. These staples of jihad capture the attention of would-be jihadis and are reposted with minor modifications for years on end.

The reasons for reposting older content, as opposed to updated ideological and technological manuals, are varied. For one, acknowledging the legends of the path gives context to newer posts, making them part of the chain of modern jihad. Texts by certain scholars, such as jihadi ideologue Sayyid Qutb or legendary commander Abdullah Azzam, are also considered highly authoritative essentials. Still others become legendary for their universal applicability and succinct codification of key ideas.

For example, "How to Prepare for Jihad" is one of the classics. It briefly and effectively describes the obligation for physical training and fitness. Part of its fame also derives from being authored by al-Qaida's original media organization, Azzam Publications.

"True Iman (faith) is manifested in actions, and if someone truly wishes to fight Jihad he will prepare himself in all possible ways," the article says. From individual exercises to advice on martial arts and survival training, the article provides a strong overview of which types of exercises are best for battlefield and operational fitness.

Several editions have added or subtracted content from the original post, such as a 2009 edition that warned about arms training in Britain. "Recently we heard many reports circulating in the British media about certain Muslim personalities claiming the presence of Jihad training camps in the UK in which firearms training is given with live ammunition before sending the trainees for Jihad," the post says. "Statements such as these are made by Muslim personalities and individuals propped up by Western Intelligence agencies in order to frighten the local population from Muslims," it warns, calling the figures "agent provocateurs."

Islam Policy's most recent version of "How to Prepare for Jihad" erased information about training abroad and reflected the current emphasis on lone-wolf jihadis. Islampolicy's predecessor site, Revolution Muslim, became notorious for posting the texts of Anwar al-Awlaki, a leading jihadi ideologue who emphasizes individual attacks. According to her police interview, one young female jihadi was almost entirely radicalized from the posts on this site, particularly those from Awlaki.

The post even appeared on a Malay militant forum, which tried to incorporate it into its training.

Other Azzam Publications posts show how classic texts live on, sometimes with little, if any, alteration.

"Anybody who looks into the state of the Muslims today will find that their greatest misfortune is their abandonment of Jihad (due to love of this world and abhorrence of death)," Azzam said in Join the Caravan, a dated but popular essay on jihad. "Because of that, the tyrants have gained dominance over the Muslims in every aspect and in every land."

Azzam was the first leader of the fighters who would later become al-Qaida, in addition to being the mentor to Osama bin Laden and a key scholar of jihad.

Among the 16 key reasons that Muslims must fight jihad, Azzam notes, that if they stopped fighting, "disbelievers will dominate" and they will spread ideologies other than Islam. Aside from personal gain, Muslims are also obligated to spill their blood to protect and expand the homeland of Islam.

"This homeland will not come about without an organised Islamic movement which perseveres consciously and realistically upon Jihad, and which regards fighting as a decisive factor and as a protective wrapping," Azzam states.

Terrorist movements throughout the world have embraced Azzam and his writings, especially Join the Caravan. Some repostings of the document have tried to stress the universality of the document, beyond its use as a propaganda text to bring young Muslims to fight against the Soviets in the 1980s.

One al-Qaida linked terrorist website, the Kavkaz Center, added the essay to its website in 2007. "Join the Caravan doesn't mean join the caravan of Muslims resisting the Soviet oppressor, it means join the caravan of mujahideen going to heaven after they have been killed," the site says in an introduction to the text. "It is an invitation to martyrdom - nothing less than an invitation to death via warfare."

This text has also found its way, unaltered, onto other Jihadi websites. A Somali jihadi site, alqimmah.net, reposted the document in March 2010. British Islamist sites like Kalamullah, Hoor al-Ayn, and Authentic Tauheed also feature the essay.

Aside from jihadi websites, extremists have exploited unaffiliated websites and web forums to repost the document. Join the Caravan appears on general forums including aussiemuslims.com and the forum urduworld.com, as well as non-Muslim sites like Religioscope, which promotes learning about other religions. WikiIslam even features a full-length copy of the document.

Other repeat posts are well-known, even among Western viewers.

One such document is Osama bin Laden's "Declaration of War Against the Americans Occupying the Land of the Two Holy Places," which launched al-Qaida's formal war on the West. Although it first appeared in an August 1996 article in the London-based newspaper, Al Quds Al Arabi, it has been kept at the forefront of jihadi thought through multiple Internet postings. These have also included new translations into additional languages like Urdu.

The document outlines al-Qaida's grievances against the "Zionist-Crusader Alliance" and its Arab stooges, telling Muslims that liberating Islam's homeland of Saudi Arabia is a sacred duty.

"Those youths know that their rewards in fighting you, the USA, is double than their rewards in fighting someone else not from the people of the book. They have no intention except to enter paradise by killing you," the declaration says. The text lays out the case for jihad against Islam's enemies, and addresses them with the threats that would define a generation of al-Qaida announcements.

Some websites even have dedicated sections for "redeployments," reposted links to key documents and clips that define modern jihad.

The popular jihadi web forum, Ansar al-Mujahideen, has one of the largest reposting sections. Some "redeployments" are timeless, including: "Martyrs of Bosnia," a well-known, early video of mujahideen in Bosnia; histories of the Arabs fighting the Soviets in the Afghani war; Abu Musab al-Zarqawi's "Follow the Caravan;" and, clips of the 9/11 "Manhattan Raid."

Others are released to coincide with current events. "Security and Intelligence," a technical manuscript by al-Qaida leader Saif al-Adel, was reposted after reports that al-Adel would temporarily replace Osama bin Laden.

A Carrier of Memes

Elements from can be replaced, substituted and re-phrased to fit new situations but the basic message remains as it has throughout the history of Islam.