Jihad in the Digital Age 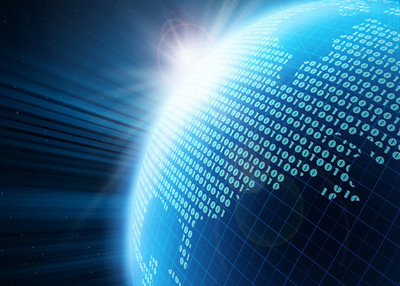 Al-Qaida has long embraced the Internet and modern technology, but loosely-affiliated jihadists are hunting for new ways to fight the West in the Information Age. At the cutting edge of technology, from Apple IPad 2 to using new internet protocols, jihadists are carrying the 7th century idea of an Islamic Caliphate well into the 21st century.

Recently, jihadi hackers have produced a magazine of their own and Islamist programmers have modified a shooting game for al-Qaida. A major jihadi commentator even released his first message to the 'brothers' on Facebook, a sign that Western social media is being used by those who want its destruction. Collectively, there is a growing jihadi reliance on high technology, social media, and the Internet.

The "Magazine for the Technical Supporters of Al-Qaida for Information Security and Hacking," provides news about hacker attacks on high-level political and economic sites, as well as holes in security to exploit. Word Press blogs, PlayStation's Internet network, and mysql.com, "the world's most popular open source databases," appear to be popular targets.

Hacker attacks on the now-defunct blog of Russian President Dmitry Medvedev and the theft of millions from American banking magnate Citi Group show the potential in mass hacking attacks. Many of the articles in the magazine are drawn from a group called "Arab Pirates," a little-known hacking group that runs a password protected forum.

An article about IPV6, the long-discussed replacement Internet protocol for IPV4 that is only just now making headway online, is also a topic of discussion.

In addition to hacking, the magazine discusses technological innovations and attacks on the large-scale hardware that makes Internet possible.

In one article, the magazine marvels about reports that a 75-year-old woman from Georgia accidentally cut Internet access to the entire country of Armenia. The article mentions the weakness of concentrated Internet lines in the territory of the former Soviet Union. Another article notes how Libyan rebels were able to build their own cell phone network, rerouting existing infrastructure to bypass Gaddafi's brutal crackdown on the flow of information. 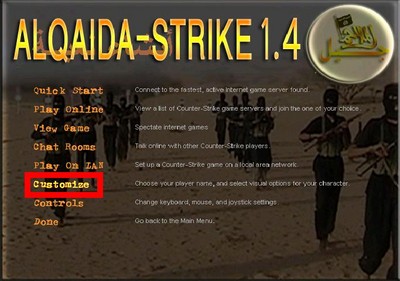 The development of "AlQaida-Strike 1.4," a modification of a popular but dated game called Counter-Strike, is one of several first-person shooter games developed by the group. Easily modifiable, this version of the popular series replaces secular music with jihadi nasheeds - or instrument-less songs - and adds levels adapted to al-Qaida. A screenshot of the modified game's opening image shows links to a method to play on a local offline network and images from al-Qaida training camps.

Critical to al-Qaida's needs, the modification contains another feature important to the group's needs. Chat rooms link players to one another, attracting those who glorify the group's violent aims.

"The Media Organization of the Lion's Den," a group associated with al-Qaida web forum Shumukh al-Islam, also released a poem praising the brothers of the forum and Facebook. While the poem itself is relatively insignificant, senior commentator Umar bin Masud al-Hadushi recognizes that Facebook is playing an increasing role in organizing jihadists.

A statement from Shumukh al-Islam, which has been on the forefront of embracing new technology, is symbolic of social media's importance to hardcore jihadists. "Active pro-jihad contributors to 'al-Faloja Islamic Forums' urged al-Qaida's supporters to "invade" Facebook in December 2008 by creating sympathetic groups—a feature available on the networking site—to spread the Salafi-Jihadi message," wrote Jamestown Foundation's Murad Batal al-Shishani in "Taking al-Qaeda's Jihad to Facebook."

While al-Shishani claimed then that radicals "cannot easily infiltrate Facebook," the acknowledgement of Facebook activists by al-Hadushi suggests otherwise. "Jihad supporters and mujahideen are increasingly using Facebook… to propagate operational information, including IED recipes primarily in Arabic, but in English, Indonesian, Urdu and other languages as well," said an internal DHS memo, "Terrorist Use of Social Networking – Facebook Case Study."

"The majority of extremist use of Facebook focuses on disseminating ideological information and exploiting the site as an alternative media outlet for terrorist propaganda," the memo continues. "However, to a lesser degree, the site is used as a gateway to radical forums and jihadi sites with explicit radical agendas (and easily downloadable operational information) and as a platform to promulgate some tactical and operational information."