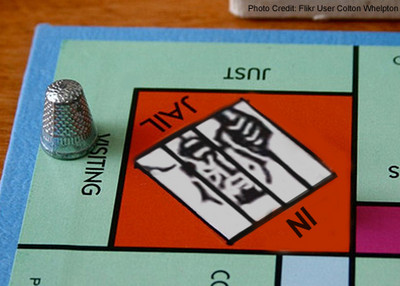 Munir Awad, one of five suspects arrested last week near Copenhagen in connection with an alleged terror plot against two Danish newspapers, has been arrested previously in Somalia and Pakistan for suspected jihadist activity. In those cases, he managed to talk his way out of trouble with the help of the Swedish government by claiming to be a peaceful "tourist."

Awad, a 29-year-old resident of Sweden who was born in Lebanon, was arrested in connection with an alleged terror plot against the Jyllands-Posten and Politiken, two newspapers that published cartoons in 2005 depicting the Prophet Mohammed. Charges include attempted terrorism and illegal weapons possession.

This time, Swedish authorities are working with their Danish counterparts rather than running interference on Awad's behalf.

Danish officials say Awad was one of four suspects who entered the country last week with plans to attack within days. According to the Danish security service PET, the suspects planned to force their way into the Copenhagen building which housed the papers "and kill as many as possible there." Searches conducted after the arrests uncovered weapons including a machine gun with live ammunition and a silencer.

Munir Awad was arrested in Somalia in 2007 and Pakistan in 2009 for on suspicion of jihadist activities. Each time, he was freed thanks to Swedish government intervention after he claimed to be a vacationing tourist. (See the Long War Journal's comprehensive account here.)

In 2007, Awad and his girlfriend, 17-year-old Saifa Benaouda, were arrested by Kenyan troops at the Somali border and were turned over to Ethiopian forces who had invaded Somalia to oust Islamist radical forces that dominated the country.

"We know Saepo brought us home and we are very grateful," he told a Swedish newspaper at the time.

It's unclear whether the assistance was triggered by anything more than Awad's status as a Swedish national."What we did was insist that he either should be tried or set free," Swedish foreign ministry spokesman Anders Joerle told the Agence France Presse.

He and Benaouda, (whose mother heads one of Sweden's most prominent Islamist groups) were interviewed by the New York Times, which portrayed them as naïve, apolitical young people who had nothing to do with jihad. "With a blend of naïveté and a love of travel," the Times led, "Saifa Benaouda flew into Somalia last December from Dubai, where she and her boyfriend had gone for an extended vacation."

The organization Cageprisoners, founded by a former Guantanamo detainee, depicted them as innocent victims who had been "brutalized" in custody by Ethiopian and Kenyan forces and suggested that U.S. soldiers were involved in their mistreatment as well.

In November, London's Telegraph reported that the Cageprisoners website featured videos of top al-Qaida preacher/recruiter Anwar al-Awlaki through 2009, and it described Awlaki as an "inspiration" whose involvement in terrorism was unclear. The group invited Awlaki to speak at fundraisers in 2008 and 2009.

In an interview with the Times, Saifa Benaouda said she had no political or religious motive for going to Somalia, and claimed that Munir Awad was nonpolitical as well. She said the couple traveled first to Dubai but were disappointed by the commercialism there. Wanting something more "authentic," they headed for Somalia.

As Benaouda tried to flee Somalia and headed toward the Kenyan border in early 2007, she and Awad became separated. Benaouda encountered the wife of Daniel Maldonado, an American who pled guilty that year to receiving training from a foreign terror organization based in Somalia. Benaouda claimed that she took care of the Maldonado's three small children after Mrs. Maldonado died from malaria.

In August 2009, Awad and Benaouda were arrested again – this time in northern Pakistan. The couple was accompanied by their young son along with Mehdi Ghezali, a former Guantanamo Bay detainee. Ghezali had been arrested in Pakistan in December 2001 – part of a group of suspected al-Qaida fighters captured while fleeing the Tora Bora mountains of Afghanistan.

Ghezali was sent to Guantanamo Bay, where he became a political cause célèbre for war critics in Sweden who portrayed him as a falsely-accused innocent. In 2004, Ghezali was transferred to Sweden. Five years later, Ghezali, Awad and Benaouda were arrested in Pakistan. They claimed to be innocent vacationers, but Pakistani authorities weren't buying their account.

According to the Long War Journal account, the Swedish newspaper Expressen reported that a bomb belt, maps, $10,000 in cash stuffed in diapers and "detailed information" about Western embassies was found in the group's possession. Other Swedish newspapers reported that Pakistani authorities believe the Swedes were going to meet Zaqhir Noor, a suspected Taliban leader in northern Waziristan and a local leader connected with al Qaida.

It's not clear why Pakistan agreed to release Awad and others with him.

Ironically, Awad's presence among the Jyllands-Posten conspirators may have helped doom the plot. Magnus Ranstorp, a terrorism expert at the Swedish National Defence College, called it the most serious among a series of terrorist plots against the newspaper in the past year. But he also told the Politiken daily's online edition that Awad was "so publicly exposed and known by the intelligence services that the plot against Jyllands-Posten was almost destined to fail."

According to the Aftonbladet newspaper, Munir Awad had shared a flat in Stockholm with two men who were convicted in December in Gothenburg. The district court sentenced the two men, Elias Billé Mohamed, 26, and Mohamoud Jama, 23, to four years in prison after finding that they were preapred to commit suicide bombings in the name al-Shabaab, a Somalia-based Islamic militia with ties to al-Qaeda.

The arrogance of these terrorist thugs is staggering sometimes, and it's outrageous that the courts won't keep them off the streets.