Editor's note: The writer is a Turkish-American citizen and a tenured academic. He submitted this column to the Investigative Project on Terrorism to express his frustration over Prime Minister Recep Tayyip Erdoğan's movement away from the West and toward Islamist influence. That includes his work with Iranian President Mahmud Ahmadinejad to avoid sanctions over Iran's nuclear program and Erdoğan's aggressive leadership on the recent flotilla designed at breaking the blockade on Gaza. 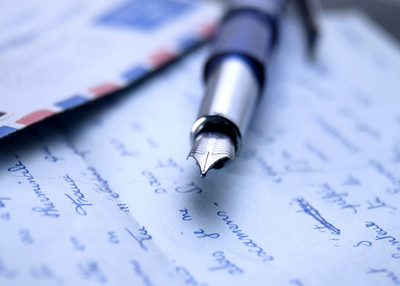 Congratulations, Mr. Prime Minister. You have accomplished in eight years what no other contemporary Turkish politician could achieve. You have successfully entered the final stages in your efforts to transform Atatürk's Turkey into an Arab-style Islamist dictatorship. Some people had warned the world 20 years ago about the likely Islamist outcome of the September 12, 1980 military coup—a momentous point in Turkey's history that "masterfully crushed" the Turkish left. They were right. You are here. Today.

How proud you must feel. After all your hard work, some of the Islamist Turks that you encouraged to sail to Gaza have been killed by the Israeli Defense Forces. You and your fellow Islamists have been celebrating this like nothing I can recall. You have immediately declared them as şehitler (shuheda, the martyrs). With this Arab-style "martyrdom" discourse, you have surely strengthened your image in the entire Arab world and among the Ahmadinejad followers in Iran. Not surprisingly, you have even managed to nourish most of your citizens' anti-Jewish and anti-American sentiments. Your fellow Turkish Islamists, the great majority of the Turkish liberals, and, unfortunately, the many manipulated but otherwise ordinary, beautiful, innocent Muslims joined you and your not-so-strategically-deep brothers.

Congratulations on your jihadist "victory" over the "evil" Israel and the West. By the way, Mr. Erdoğan, instead of sending others to a certain death, would you ever consider yourself becoming a martyr on Allah's path? I mean, the real thing—in the language you understand —al-jihad fi sebili'llah? Although it might be much more painful than preaching and practicing political Islam, would you ever consider it?

Your partner Bülent Yıldırım's Islamist ship embarked toward Gaza amidst the crowds shouting "Allahu Akbar!" "Remember the Battle of Khaybar, O Jews! The Army of Muhammad will return!" You know, Mr. Erdoğan, that the IHH (İnsan Hak ve Hürriyetleri ve İnsanî Yardım Vakfı, the Foundation for Human Rights and Freedoms and Humanitarian Relief) is not just a "humanitarian organization." Their Islamist vessel was not a pleasure cruise ship. Most of its passengers had a jihadist, political mission, and they have accomplished it.

Your Islamist government declared the 17-year old high school student Furkan Doğan as "martyr." He wrote the following in his diary on the Mavi Marmara before the confrontation with the IDF: "The last hours towards the 'sweet juice of martyrdom'… Is there anything more beautiful than this? If there is, it is for sure my mother… But I am not sure about that either… Comparing the two is very difficult for me…"

Mr. Prime Minister, thanks to solely the vision and project of Mustafa Kemal Atatürk, despite you and the vicious ideology you have been practicing, the Republic of Turkey has world-class medical professionals to assist you in interpreting this Jihadist condition.

Now the world is hearing evidence that the IHH has connections to Hamas, Hezbollah, IBDA-C, and al-Qaida. I know you have recently declared that "Hamas is not a terrorist organization." Will you also join the millions of Islamists throughout the world and pronounce publically that "al-Qaida is not a terrorist organization"? About a year ago, your Islamist brother Bülent Yıldırım delivered a jihadist speech in Gaza to tens of thousands of Hamas supporters declaring Israel, the United States and England as "terrorist countries." Yıldırım addressed the Hamas supporters as "the children of paradise." He openly offered the entire population of Istanbul to come to Gaza to "dive into the path of the bombs." And he added: "What can my enemy do to me? I am carrying paradise in my heart. My being killed is nothing but martyrdom!"

Please Mr. Erdoğan, please do not listen to your Islamist brother's advice. Do not send the 13 million people of Istanbul to be "martyred" in Gaza for the love of Hamas.

After the flotilla incident, thousands of your citizens chanted anti-Jewish slogans and called for the Turkish army's deployment to Gaza. Mr. Erdoğan, I am sure it is a tough call for you. After all, you and your dark, mafia-like Islamist forces have already declared the Turkish army itself as "the enemy of Islam." Many honorable members of the Turkish Armed Forces have been rotting in Turkish jails thanks to your so-called "Ergenekon" trials. Through the Ergenekon pretext, you have managed to declare many high-ranking officers of your own army, hundreds of Kemalist journalists, university professors, rectors, and many other intellectuals as "terrorists."

Mr. Erdoğan, do you even care about the ordinary, normal Muslims of your own country and of the world? If you do, then why have you successfully established such frightening friendships and contacts with some of the most dangerous and brutal dictators of the so-called Islamic world? I know your honor is very valuable to you and sensitive. How does your honor handle and justify extending official invitations to the cruel Islamist dictator Ahmadinejad to Turkey? As the Prime Minister of Turkey, what honor is there in fulfilling his holy request not to have to visit Atatürk's mausoleum in Ankara? What will you eventually do with the dictator's enriched uranium in Turkey? Will you join him by declaring "now Turkey needs nuclear energy, too"?

No, Mr. Erdoğan, neither Iran nor Turkey needs nuclear weapons developed under the guise of peaceful energy needs. Both of these countries need genuine democracies, freedoms, and liberation from Islamism. The world does not believe in such nuke-seeking Islamist lies. Even the Islamists themselves do not believe their own lies. It is a deception, and you know it very well. How does it feel, Mr. Erdoğan, when you give hugs and kisses to the terrorist Muammar al-Gaddafi of Libya? How does your honor justify it? When was the last time, Mr. Erdoğan, that an honorable Turkish leader bowed in front of the appalling dictators of Saudi Arabia, the main source of Islamist terror throughout the world? How does your honor handle it? Last but not least, how do you sleep at night, Mr. Erdoğan, when you officially invite the genocidal maniac Omar al-Bashir to Turkey? He is responsible for butchering hundreds of thousands of Muslims. Did it ever occur to you to send some "humanitarian ships" to Sudan?

When it comes to demanding more freedom for Islamism, you talk big, Mr. Erdoğan, by defending and using democracy. In reality, you have a conveniently narrow understanding of the concept of democracy. During your long single-party dictatorship, your citizens cannot even talk on their phones freely: they fear they are being constantly monitored and recorded. Anyone who dares to criticize you and your radical views might find himself or herself in jail the following week. You have, Mr. Erdoğan, created an Arab-style regime of oppression. You have turned Atatürk's Turkey into a Republic of Fear.

Mr. Erdoğan, you and your partners in Islamism have been leading Atatürk's Republic of Turkey back into medieval darkness, and you have been doing this under the pretext of democracy and the so-called "alliance of civilizations." Iranian, Arab, Sudanese, and other Islamist dictators have no business referring to their shameful crimes against humanity as "civilization," and you should leave Turkey and Turkish Islam alone. You and your dangerous ambitions have no right to put Atatürk's Turkey into such a position.

Turkey is not and should not be the new Ottoman Empire of the region. Do not try to implement a radical Turkish foreign policy based heavily on the post 9/11 universal Islamism. Such grandiose idealism serves only to help Osama bin Laden's mission to destroy our world. Mr. Prime Minister, the Ottoman Empire is gone. If you have been dreaming that the Ottomans were all about your ideology's perception of "Islam," you are mistaken. You are a Prime Minister, I am a scholar. Mister Erdoğan, based on what you have been reading so far, you might think that I am some sort of "an enemy of Islam" (a dismissive response aimed at critics all over the "Muslim world" especially since 9/11). I am a proud Muslim, Mr. Erdoğan, and I refuse to let leaders like you hijack my religion for their deplorable political "gains."

The Palestinian, Hamas, Iranian, Hezbollah, and many other Islamist "causes" are not—and should never be—Turkish causes. There was a time, Mr. Erdoğan, you had proudly proclaimed: "Democracy is a streetcar. We will ride on it until we reach our destination, then get off!" Please tell the world, Mr. Erdoğan, if you have reached your final destination yet, so we can all get ready for where you may be headed next.

Dear Mr.Recep, Right there is a problem in Cyprus? Though I know you do not want to pull out, I have some reasons you SHOULD! One reason, is that I know you want to join EU,NATO,or UN, and Cyprus is their ally, so if you don't pull out, you wont be in, and then they will have to use force! Secondly, if you end up keeping Cyprus, you might invade other countries in the alliances, and all of them will declare war on you. Lastly, you could join the alliances, then when your attacked by A strong country like Russia, they could help you. Sincerely Hayden R, 4th grade, Boston Massachusetts.

brilliant letter. many turks are afraid of speaking against the current government.

to those who believe

I am a Turk, I am an Australian and i am Muslim .

It saddens me to see the state of my once beautiful country.I see it slowly being transformed into a Arabic state. though I can take a deep relieved breath, knowing that other people see the the plight of ATATURKS people, religion and sate should never mix but erdogan is achieving this.

Iam greatful that there is some inlightened, educated people that still have a strong voice

we are turkish ppl and we like da islamic way...and we like erdugan as well...so plz try 2 talk about ur own thoughts ...T.C ;)

You have been the translator to many of Turkish people too. I can't recognize Turkey anymore, its so sad.. Turkish nation had been so lucky having a leader like Ataturk, now almost losing him. Growing anti American ideas in Turkey just because people think that USA is behind him.