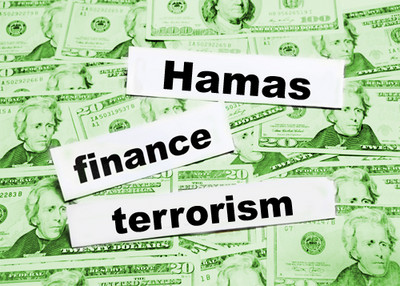 The recent news that Hamas militants broke into a Gaza Strip branch of the Bank of Palestine and stole $400,000 which had been frozen as part of terrorism investigation indicates that no matter what the Palestinian Authority may try, Hamas is willing to use violence to protect its interests. While the fractured government in the Palestinian territories has been making small steps towards stemming the flow of terrorist financing, it remains an uphill battle.

In a recent speech, the Assistant Secretary for Terrorism and Financial Intelligence at the Treasury Department, David S. Cohen explained:

"The Palestinian Authority, which understands the threat that Hamas poses to peace in the region, has taken important steps to limit Hamas's influence by supervising both the Palestinian banking system and the charitable sector in the West Bank and Gaza."

At the forefront in this fight has been the Palestine Monetary Authority (PMA), the de facto central bank for the Palestinian Authority. Established in 1996, the PMA's mission includes:

"providing the regulatory environment that ensures the confidence of depositors and encourages financial institutions to develop the range of competitive financial services that facilitates investment in Palestine."

Living up to its mission statement has proven difficult for the PMA. As the sole regulator for financial institutions in the West Bank and the Gaza Strip, the onus for complying with international counter-terrorist financing regulations has fallen upon it. While establishing and enforcing effective financial regulations is complex enough as a policy matter, the PMA has had a very difficult time of applying these programs to the dozen financial institutions with branches in the Gaza Strip, where Hamas exercises control.

Arguably one of the most spectacular regulatory failures on the part of the PMA is the case of Arab Bank. Although Israeli authorities cleared the bank of wrongdoing this week, court documents from a lawsuit filed by victims of Hamas attacks show Arab Bank supported Hamas by administering a "death insurance plan," for the families of suicide bombers in Israel. Following a terrorist attack, the Arab Bank would receive the names and personal information of those responsible. Then the financial institution, in consultation with local representatives of Hamas and other terrorist groups, would compile a finalized database of people eligible for payments. The families of terrorists could then present the bank with a death certificate and a transfer would be made to the family's account.

Two recent actions against financial institutions and charities in the Hamas run Gaza Strip show the PMA has had some success.

Working in concert with the United States Treasury Department, the PMA declared the Islamic National Bank of Gaza to be illegal in November. Hamas opened the bank in April of 2009, and for six months it was operating outside the PMA's formal financial system and ignoring its regulations. In warning the Palestinian people not to use the bank, the PMA explained:

Last month, the Treasury Department designated the bank for being controlled by Hamas and for providing financial services to Hamas members and employees. The designation prevented any American citizens or corporations from engaging in financial transactions with the banking institution. Explaining the Treasury steps, Under Secretary for Terrorism and Financial Intelligence Stuart Levey said:

"Consistent with our commitment to a well-regulated and transparent financial system in the Palestinian territories, Treasury will continue to expose Hamas's efforts to create institutions with the trappings of legitimacy that are in fact controlled by and used to support a terrorist organization."

The PMA took even more concrete steps towards fulfilling Levey's goal of a "well-regulated" financial system—steps that led to the March break-in at the Bank of Palestine. In an attempt to enforce counter-terrorist financing regulations, the PMA froze the assets of an organization called the "Friends of the Sick Association." The PMA based its decision on the fact that the board of directors of the "charity" was recently overrun by members of Hamas. Believing the charity to be serving as a front for the terrorist group, the PMA cut off access to the association's funds. Hamas' response—sending security forces to confiscate the funds in the account—was the first time that the terrorist group has challenged the PMA.

The fallout from Hamas' actions threaten to put the already weakened Gaza economy on even shakier ground. In a statement to Reuters, the PMA called on Hamas to "abide by the rule of law to safeguard the soundness of the banks so that they can keep providing services to the people." But this may prove to be too little, too late.

Bank executives operating in Gaza have warned that they may pull out of the territory, citing a risk to their reputation that would harm their business elsewhere. In particular, the inability of the PMA to force compliance with global anti-money laundering regulations in the Gaza Strip hurt the bank's global relationships. As Mahmoud al-Rama'a, the General Manager of Palestine Islamic Bank explained:

"Gaza branches face either lowering their profiles or shutting down."

Hamas and the PA have waged a bloody power struggle for the past three years. It's not clear whether this is an extension of that fight or a legitimate attempt to combat terror financing. It may not matter. The PMA's efforts move toward establishing a fully functioning banking system in the Palestinian territories.. What remains to be seen is whether the PMA has the political muscle to enforce the new regulations and crack down on Hamas financing in the Gaza Strip.