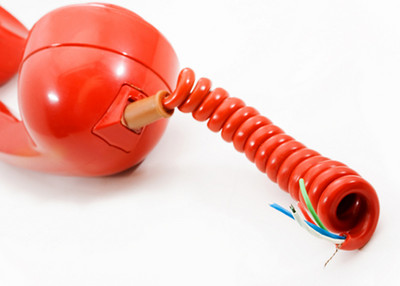 A federal judge in California has ruled that the Bush Administration illegally wiretapped the U.S. branch of the Saudi Arabian-based charity al Haramain Islamic Foundation. While ground breaking in its assessment of the controversial Terrorist Surveillance Program (TSP), Judge Vaughn Walker's ruling is perhaps more important in that it may dismantle a five-year investigation into al Haramain's financial support for terrorist organizations.

Al Haramain is active in more than 50 countries. The U.S. branch registered as a non-profit charity in Oregon in 1999.While it claims to "stand against terrorism, injustice, or subversive activities in any form, and [ ] oppose any statement or acts of terrorism," the Treasury Department describes al Haramain as:

The criminal investigation into the organization was swift and effective. The Treasury Department's Office of Foreign Assets Control (OFAC) temporarily froze all of al Haramain's assets and property in February 2004, pending an investigation into the organization's ties to terrorism. The group was subsequently notified that OFAC was considering designating it a Specially Designated Global Terrorist (SDGT) based on unclassified information "and on classified documents that are not authorized for public disclosure." Treasury followed through with the designation that declared it a SDGT, effectively shutting down its operations.

Despite the efficiency with which the investigation and subsequent designation proceeded, there was one major blunder. In August 2004, during al Haramain's civil designation proceedings, the Treasury Department inadvertently turned over to the organization a document labeled "TOP SECRET". According to al Haramain, the document showed that its directors had been subjected to the TSP.

Believing that the government had illegally wiretapped its officials' conversations, al Haramain filed suit in federal court. The suit included a copy of the sealed document, to make the case that the warrantless wiretapping had occurred.

For almost three years, the litigation focused on whether plaintiffs could use the sealed document to argue that they had been subjected to the TSP—a prerequisite to the case moving forward. After months of legal wrangling, al Haramain re-filed the suit providing more non-classified "proof" that the officials had been the victims of the TSP:

Judge Walker repeatedly refused to dismiss the case, forcing the government to defend the merits and prove that the surveillance was conducted pursuant to a valid warrant. Rather than do that, as Judge Walker lamented:

"What followed were several months of which the defining feature was defendants' refusal to cooperate with the court's orders punctuated by their unsuccessful attempts to obtain untimely appellate review."

The court, appearing exasperated, directed the plaintiffs to move for summary judgment on their claim under the Foreign Intelligence Surveillance Act (FISA), and to do so based only on non-classified evidence. In granting this motion, the court explained:

"[P]laintiffs have made out a prima facie case and defendants have foregone multiple opportunities to show that a warrant existed…Defendant's possession of the exclusive knowledge whether or not a FISA warrant was obtained, moreover, creates such grave equitable concerns that defendants must be stopped from arguing that a warrant might have existed, or conversely, must be deemed to have admitted that no warrant existed…for purposes of this litigation, there was no such warrant for the electronic surveillance of any of plaintiffs."(emphasis added).

Judge Walker's finding of illegal wiretapping represents both a political problem for the Obama administration and a blow to U.S. counter-terrorist financing efforts.

Although the Justice Department has not said whether it will appeal the ruling, an appeal could lead to the first ruling by an appellate court on the legality of the surveillance program. That would put the administration in the unenviable position of having to backtrack on its frequent public criticism of the Terrorist Surveillance Program and defend its efficacy—or at the very least, its constitutionality.

On December 20, 2007, then-Senator Obama declared "warrantless surveillance of American citizens, in defiance of FISA, it is unlawful and unconstitutional." Moving away from those earlier comments, at a press conference on April 30, 2009, Obama provided a much more nuanced view, explaining:

"I think it is appropriate to say that there are going to be cases in which national security interests are genuinely at stake, and that you can't litigate without revealing covert activities or classified information that would genuinely compromise our safety. But searching for ways to redact, to carve out certain cases, to see what can be done so that a judge in chambers can review information without it being in open court—you know, there should be some additional tools so that it's not such a blunt instrument."

The Obama administration has repeatedly adopted Bush administration arguments in al Haramain, arguing, for example, that federal courts lack the power to decide whether the program was legal because any evidence of actual wiretapping could pose a risk to national security if disclosed. Now the administration must double down and advocate for the institutional power to utilize these types of national security tools—which means defending a controversial program that they did not create or ever use. The possible real-world repercussions of this decision, however, make an appeal sensible.

A finding that al Haramain was illegally wiretapped may endanger the designation of the organization as a SDGT. The court has set a date of April 16 at which point the plaintiffs must determine whether they wish to continue litigating the remaining claims, or voluntarily dismiss them and proceed to a determination of damages on the issue they won. While it is not clear what damages the court might actually award, the amended complaint that the organization filed in 2008, requested, among other things:

Consider that. Judge Walker's ruling has opened the door to the possibility that the entire designation of al Haramain as an SDGT, and all evidence gathered during the investigation, will be turned over to plaintiffs and destroyed.

Stephen I. Landman is the director of National Security Law and Policy at the Investigative Project on Terrorism.

It's all about the law stupid!

No individual or organisation can, nor should they be allowed to, operate outside the law and/or the Constitution.

The Judge made the correct call!

TSP should be defended, Vehemently !

One of the principle Islamic NGOs, which has provided funding to at least five identified terror organizations, including Egyptian Islamic Jihad, and L-e-T. The same group of people over the years that have brought us both, the Blind Sheikh, and the eye opening attacks on Mumbai…

And still, there are some in this present Presidency, that will endorse this decision against much more than common sense, but common decency.

The principle behind the Terrorist Surveillance Plan from the inception was the authorization of various methods of surveillance, would remain above the Federal Court's jurisdiction.

Looks to me like this time, someone other then our troops in Helmand and Baghdad, are going to have to stand up and defend their principles…

Now Let's see if Obama's political capitol, is spilled as easily as American blood..
Eric Holder defending the TSP, should make for interesting theatre…
Like having Willy Sutton, work for your Bank's security.

Judge Walker cannot be faulted for making the right Constitutional decision. The blame for this 5 year evidence gathering failure goes to the person who blundered or who may have deliberately sought not to secure the proper surveilance warrents,

Who and where is this person ? maybe he's playing a round of golf with the Saudis.