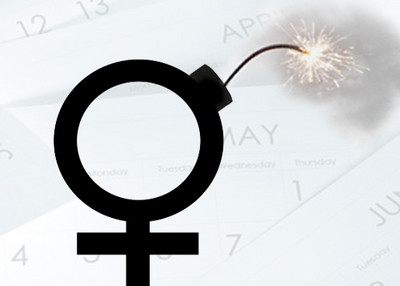 Two women believed to be Chechen rebels blew themselves up in Moscow's metro during morning rush hour Monday, killing at least 35 people and injuring 100 more.

Law enforcement officials in Washington and New York beefed up security in their respective subway systems in response.

The attacks at Lubyanka and Park Kultyry stations come on the heels of a recent threat assessment issued by the Office of Intelligence and Operations Coordination at the U.S. Customs and Border Protection Agency.

The Investigative Project has reviewed the sensitive, but unclassified, assessment, Female Suicide Bombers, which puts the attacks in Russia in the context of a broader threat. Referencing open source reporting, the primary finding of the threat assessment is that:

"al Qa'ida terror cells have trained a group of female suicide bombers to attack Western targets including airlines. These women may have a non Arab appearance and may be traveling on Western passports."

These "bombshells" are part of an evolving terrorist threat challenging U.S. law enforcement to reassess not only the physical and psychological characteristics of terrorists but also the methods available for concealing explosives.

As the report details, while the Moscow bombing is the most recent, it falls into a long line of attacks by female suicide bombers. "Since 1985, there have been in excess of 262 women suicide bombers," it says.

On May 21, 1991, Thenmozhi Rajaratnam a female militant with the Tamil Tigers, carried out a suicide bombing which resulted in the assassination of former Indian Prime Minister Rajiv Gandhi. Of interest, the Tamil Tigers have used more female suicide bombers than any other militant group.

In July 1996, the Kurdistan Workers Party, utilizing a female suicide bomber, attacked a military parade marching through the eastern town of Tunceli, Turkey. As Turkish soldiers were walking by, an apparently pregnant woman stepped from the crowd, revealed that she was carrying a bomb and not a baby under her dress, and detonated it, killing nine and injuring 20 others.

Between 2000 and 2004, female Chechen rebels, known as "Black Widows" repeatedly attacked Russian military targets on subways, at concerts and on airlines. For example, two women, dressed head-to-toe in black, carried out an attack on an annual music festival in July 2003, killing 14 people. Both bombers tried to enter the concert but were denied entry, and instead detonated the explosives at the venue's entrance.

On May 1, 2008, a female suicide bomber from al Qaida in Iraq blew herself up at a wedding reception in Baghdad. The bomber, imitating pregnancy, detonated the explosives while members of the passing wedding party played music and danced.

A November 2008 attack in Baghdad which left five people dead and 17 wounded was carried out by a female suicide bomber outside the green zone in Baghdad. The attack occurred as people were waiting to go through a security checkpoint.

In February of 2010, a female suicide bomber walking among Shiite pilgrims in Baghdad detonated an explosive belt, killing at least 54 people and wounding more than 122. The bomber hid the explosives underneath an abaya, and detonated the bomb while waiting with other women to be searched by female security guards.

Reviewing these and other cases, the Office of Intelligence and Operations Coordination, identified the following commonalities among female suicide bombers:

While their socioeconomic background and motivations may vary, one thing is clear. Terrorist groups have been more than happy to welcome female militants into the fold. Both Osama bin Laden and Egyptian radical cleric Yusuf al-Qaradawi have endorsed the recruitment of women to attack U.S. and Western interests. Even Hamas, which initially forbade the use of female operatives, sponsored female suicide attacks, acknowledging females suicide bombers as fellow martyrs.

With female suicide bombers becoming more and more common, it is important to realize that not only will females have different - or possibly greater - access to particular locations, but they will be able to conceal bombs in different ways. As the threat assessment explains:

"[T]he continued use of female suicide bombers indicates that terrorists judge this tactic as effective in increasing defenses and thwarting security measures, referring to the advantage that female suicide bombers have over male counterparts in their ability to conceal explosives as well as their capacity to approach their targets with less scrutiny."

Nowhere are these benefits clearer than in a recent story detailing how terrorists could use exploding breast implants to blow of airplanes.

In the past, terrorist groups primarily utilized many of the same mechanisms that were available for male suicide bombers. As the threat assessment demonstrates, explosive devices concealed on women in the past had the following characteristics:

But now, terrorist groups are taking advantage of the "benefits" of using women to carry explosives. A recent news account revealed that MI5 discovered that doctors have trained at Britain's leading hospitals and have returned to their own countries to fit individuals with surgical implants filled with explosives. Reportedly, al Qa'ida has already experimented with placing PETN in plastic bags and surgically implanting them in female's breasts to give the impression they have undergone breast augmentation.

Monday's attack in Moscow wasn't the first example of female suicide bombers, and as the threat assessment reveals, it is not likely to be the last. U.S. law enforcement officials recognize that the deadly tactic one day may make its way to America.

The increase in female suicide bombers is a dangerous trend, but it is also important not to affiliate it with Muslims only. As the author explained, there are a number of other examples where women with other religious affiliations carried out these attacks in order to pursue their respective objectives.

The conclusion that security forces will draw is that if you take out an islamic terrorist, you also go after his wife or wives. And if that's not effective then after the rest of the family, until the message gets through that making choices has consequences.

It appears that the Israeli policy of collective retribution is right after all, however unpallatable.

The first government which actually implements such tactics, likely Russia, will, predictably, face a torrent of criticism, not least from Muslim countries. The proper way to counter that is by pointing out that, according to the mohammedan faith, everything that happens does so because it is the will of Allah. And one can't disagree with his will, can one?

Suffice it to say, successful bombings by suicidals have plot and logistical support in terms of recruitment (e.g. kavkaz.com?), training (in the past - alias Umm Usama or Osama - female suicide bombers were alledgely trained by her), and operations.

What many also are forgetting are the women from the West who are also being recruited - such as Muriel Degaques, the Belgian woman who blew herself up in 2005. Women are especially likely to convert to Islam these days, as noted in a British report, and new converts are especially vulnerable to recruiters from Al Qaeda and other terrorist groups. New York's efforts to search backpacks on the subways brought on a slew of complaints, but the fact is that the failure to do so would only bring on more protest in the event of an attack -- and there will be one. And still, most European countries refuse to ban the burqa.

When will the public understand?

RADICAL STATE: How Jihad Is Winning Over Democracy In The West