Fr0m Th3 Cyb3r Battle L1nes: Who Should Lead the Charge? 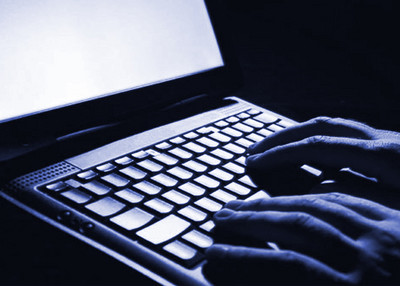 In the ever-changing conflict between the West and Islamist radicals, one front – the Internet – has emerged as a major battlefield. And, while in many areas of this frontier the Islamists strut about unchecked, one man, code-name th3j35t3r ("The Jester"), has made it his point to strike back with (cyber) force. As first reported by the security blog ThreatChaos, "The Jester" made a different kind of New Year's resolution than most: to wage war on jihadist and pro-Islamist websites and forums by systematically disrupting their servers via denial-of-service (DoS) attacks.

Also unlike most, he has made good on his promise thus far – and there is no sign that he will let up.

Research and reports by the Investigative Project on Terrorism have verified the radical nature of some of The Jester's targets. In one article posted on the Islamic Awakening website, author Abuz-Zubair drafts an introduction to a piece by Osama bin Laden spiritual mentor, Abdullah Azzam, in which he chastises those who assert that jihad can mean anything other than armed conflict.

"[O]ne cannot perform Jihad by giving lectures, feeding the family or serving the parents, rather Jihad can only be performed in the field of al-Qitaal (lit. fighting), as the sharee'ah dictates.

Therefore when the word Jihad is used in the Qur'an and the Sunnah, in a general sense then it means Qitaal, and when it is mentioned in its linguistic sense (as in to strive with your parents and family etc.) then that is regarded to be Muqayyid (restricted) by the rules of Usoolul-Fiqh.

Unfortunately, whenever Allah guides the Muslim youth to get up and fulfil [sic.] the obligation and the Sunnah of Qitaal in the way of Allah, we find some people amongst the Muslims hindering the youth away from the legal Jihaad to linguistic Jihaad, which is what lead me to translate this piece of work, so that it may be beneficial to the Muslims in general and a final blow to the obstacles in the path of the youths seeking martyrdom in the way of Allah..." [emphasis added]

Similarly, the Al Maghrib Institute and its leadership have shown a long and radical history of support for violence. In one posting on islamicawakening.com, Al Maghrib Director Muhammad Ash-Shareef espoused attacks against those in the Russian army and their families:

O Allah! Make the ground shake in an earthquake from under them.

O Allah, they do not glorify you, show them the blackest day of their lives, as you showed the People of Aad and Thamud.

O Allah, destroy them all, not leaving anyone to escape.

O Allah! Grant victory to our brothers and sisters in Chechnya and everywhere in the world, Yaa Allah!"

Al Maghrib officials are also on record making calls to dominate all others throughout the world.

So, while The Jester's targets may indeed be troubling, should this cyber vigilante be given free rein to wage a one-man war against jihadists and extremists? Is he possibly doing more harm than good?

• "Using exploits means uncovering them. He's going to use up the ace-in-the-hole moves counter-intelligence already knows about these sites but were not using until those moments they felt they needed to be used (like interrupting comms [communications] about/during an impending attack). By using the exploits, the bad guys now have something to review about their systems and fix. Now counter-intel can't use that tool in the future when they need it. Bad guys:1, Counter-Intel:0.

• Attacking sites drives bad guys back into the shadows. They already know they're being watched on these sites (at least, the guys that matter), but if they are now harassed, they won't even both on those sites, and they'll move to more inconspicuous locations on the web.

• Attacking anything just creates more complexities for the actual people tasked to fight this. As has been mentioned already by others, this guy is making things more difficult for the officially tasked people that may be losing inside contacts, methods of access, and even their own identities (as things are reviewed post-attack by the bad guys). By stirring the hornet's nest, all he's done is wake up the hornets, not cause them one bit of actual anguish or real delay."

On the other side of the argument, there are those who might make the case that such targets are not within the explicit domain of governments to monitor and disrupt. Moreover, governments often times are overwhelmed and, simply put, will fall short in the cyber-tug-of-war. The impact of such vigilante attacks in rendering radical Islamist websites impotent serves a purpose of its own in sending a message that not everyone will tolerate the hateful, and often times pro-violence, message.

Wherever one may stand on the issue of cyber-vigilantism – independent citizens taking matters into their own hands without the requisite knowledge of ongoing investigations utilizing that open-source data – it is clear that matters are shaping up just as Dorothy Denning predicted in an August 2008 article in Scientific American: "Soon, every interstate conflict, however minor, may be accompanied by some form of hacker war that is beyond the control of ruling governments."

th3j35t3r is just a script kiddie

He has been d0sing my personal file server because I have jihadist materials on there for research. He knows why they are there but is just a petulant child seeking glory for his actions. He is not doing the intelligence community any good really, but at the same time, he is doing nothing against the jihadi's. Since he has decided to take me on I have been capturing his d0s traffic and passing it to the feds. He is breaking the computer abuse and fraud act by his actions. CoB crabbyolbastard.wordpress.com

That second point by danstermeister is an oft-heard critique of CT efforts online: that this will drive them further underground and we won't be able to monitor. If you take the position that online jihadi propaganda, proselytization, and interaction is increasingly important in jihadi recruitment, then why is it bad to drive them back into the shadows online? Key principle of COIN - separating the insurgent from the population.

Many thanks for your impartial and pure reporting based on facts.

Your guy who penned this article, combined with his research surely deserves a rise in salary.

The impartial and informed non-sensationalising commentary is a refreshing change for (as the Jester).

Dorothy Denning has already given us the difinitive comment . However,in the case of Jihadst DoS attacks, I would charecterize it as cyber-patriotism