When a Warrant Isn't Warranted 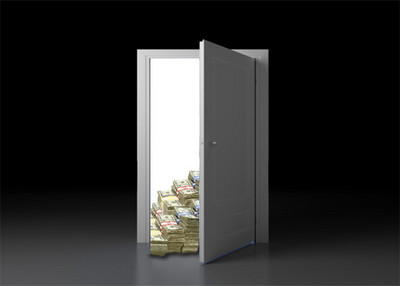 What rights, if any, should alleged terrorist financiers be afforded? This question has plagued federal judges since the Treasury Department first began targeting those believed to be providing financial support to terrorist organizations over a decade ago. One recurring issue has been whether the Treasury Department must seek a warrant prior to freezing the assets of those suspected of terrorist financing. Two recent, high profile cases – Kindhearts v. Geithner (N.D. Ohio) and al Haramain v. United States Department of the Treasury (D. Or.) – have set the stage for a possible showdown at the Supreme Court, where this question can hopefully be resolved.

Treasury's Office of Foreign Asset Control (OFAC), one of the lead agencies in the fight against terrorist financing, froze the assets of both al Haramain and Kindhearts in 2004 and 2006 respectively. In both cases, the defendant charities were accused of providing financial support to terrorist groups. Al Haramain allegedly funneled money to Chechen rebels and Kindhearts was accused of funding Hamas.

Neither of the asset seizures was conducted with prior judicial warrants, and consequently, defendants challenged the Treasury actions as a violation of the Fourth Amendment's proscription against warrantless seizures. Although both federal courts agreed with the defendants that the freezing of assets was a "seizure" for Fourth Amendment purposes, they diverged when determining whether an exception to the warrant requirement may apply to seizures of terrorist finances.

The government argued that asset seizures in counter-terrorist financing investigations are exempted from the warrant requirement. Relying upon the "special needs exception," the government explained that no warrant is needed where: (i) the primary purpose of the seizure is beyond criminal law enforcement; and (ii) a warrant and probable cause are impracticable. Applying these factors, the al Haramain court upheld the search on the grounds that a warrant was unnecessary, whereas the Kindhearts court found the exception inapplicable, and invalidated the seizure.

Considering the first factor, the judge in al Haramain explained that the primary purpose of asset seizure is not criminal prosecution, but rather:

"to deprive the designated person of the benefit of the property…that might otherwise be used to further ends that conflict with U.S. interests. Blocking assets of designated terrorists and their supporters prevents their possible use in the orchestration, assistance, or support of unlawful and dangerous global plots."

In contrast, the Kindhearts court found that simply based on the potential for criminal prosecutions, there must be a warrant. While it is true that a criminal prosecution may be the end result in a terrorist financing investigation, it is not the primary purpose of the forfeiture proceedings. Rather, Treasury acts to freeze the assets in order to preempt their use in financing acts of terrorism.

As to the second factor, regarding the warrant and probably cause, the court in Kindhearts ruled that the government had not provided an explanation as to why the warrant requirements were impracticable. In al Haramain, the court came to the opposite conclusion, explaining the impracticability of warrants in asset seizures of terrorist financiers. As the court explained, not only must the government act fast to prevent asset flight, but it would be nearly impossible "to meet the specificity requirements in an application for a warrant, and…to track down assets belonging to the designated individual and apply for a warrant in each jurisdiction in which the asset is located."

As the al Haramain court explained, the Supreme Court has never decided whether an asset seizure in a terrorist financing investigation is subject to Fourth Amendment protections. Recognizing that this question has never been resolved, these two cases present a unique opportunity for the Court to address this unsettled question of law. Moreover, such resolution is absolutely necessary. As it now stands, Treasury officials must seek warrants prior to instituting asset seizures in Ohio, but not in Oregon. In the event that the respective federal Courts of Appeal affirm the district court opinions, the divergent decisions could force the Supreme Court to take up the question. If, and when that happens, hopefully the Justices will agree with the Oregon court that not only is the primary purpose of asset seizures the prevention of future acts of terrorism, but that requiring a warrant prior to such action is not a viable option.